Dussehra 2017 is coming up on September 30, and with it will come the spectacle of watching effigies of Ravana burn in the night amidst festivities. Here, we look at the Ravan Dahan at Ramleela Maidan and other spots in Delhi to witness Dussehra celebrations. 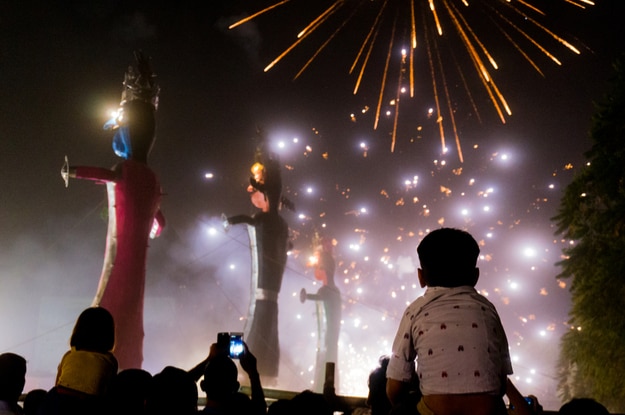 The epic Ramayana tells us the story of Rama, the righteous king and avatar of the god Vishnu, who vanquished Ravana, the king of Lanka. It is the ultimate tale of good winning over evil, elevating Rama to the position of a god himself. This victory is celebrated every year in India as Dussehra, which falls on September 30 this year. Effigies of Ravana are set on fire by a flaming arrow in a ritual called Ravan Dahan, symbolizing the fall of the Lankan king. You can catch the spectacle in various parts of India, but nowhere is it as exciting as in the capital city of Delhi. We look at a few spots in Delhi famous for their Ravan Dahan and Ramleela shows that tell the story of the Ramayana. ALSO READ: Dussehra 2017 Celebration in India: Heres How India Celebrates Dasara Also Read - Flyers Coming From COVID-Hit States to Undergo 7-day institutional Quarantine in Karnataka | LIVE Updates

The Ramleela Maidan has the richest history of staging Ramleela performances. Mughal emperor Bahadur Shah Zafar began hosting the Ramleela in the flood plains beside the Red Fort of Shahjahanabad nearly 200 years ago. Since then, the Ramleela Grounds have shifted to a different spot, but the performance and traditions are just the same. Also Read - Delhi Violence: SC Lawyer Files FIR For Immediate Arrest of Tahir Hussain; Death Toll Touches 42 | Highlights 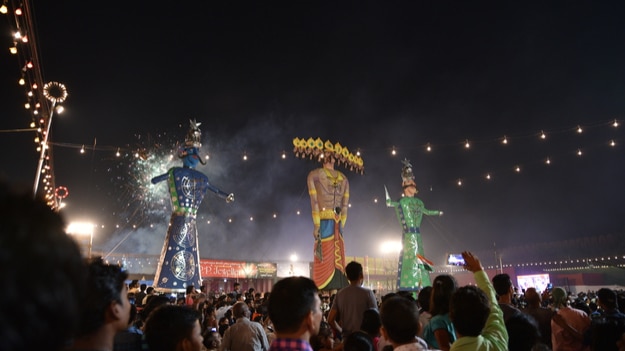 Once a part of the Ramleela Committee, the Shri Dharmic Leela Committee became a separate entity around 95 years ago. Since then, it’s grown to become a prominent fixture in Delhi’s Dussehra celebrations, hosting foreign dignitaries and politicians over the years. It’s also pretty famous for its street food stalls, sourced right from the best of Chandni Chowk.

Where: Madhavas Park, opposite Lajpat Rai Market near Red Fort

Another spot located near Red Fort, the 15 August Park will be playing the Nav Shri Dharmik Leela, an offshoot of the Shri Dharmic Leela Committee itself. This is actually one of the tallest Ravana effigies in the city, so the Ravan Dahan itself will be a sight to behold. The highlight here is the Ramleela though, with modern equipment for its performances rather than the traditional methods used in the other plays mentioned above. CHECK OUT: Dussehra 2017: Top 8 Places To Visit During Vijayadashami 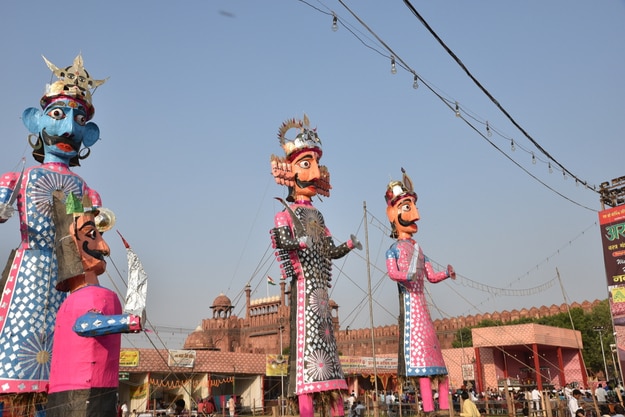 This Ravan Dahan takes place right at the Red Fort Ground, called the Lal Qila Maidan in Hindi. The effigy-burning and Ramleela performance is organized by the relatively young Lav Kush Ram Lila Committee, and sees plenty of talent from the Indian film industry join in for the stage play. The Ravan Dahan itself is expected to feature some special effects, with a cultural show after that.

Finally, we head to the Shriram Bharatiya Kala Kendra theater lawns. For those of you less interested in watching Ravana burn and more interested in a cultural night of classical and folk dance, watch the show put on by the Shriram Bharatiya Kala Kendra. With special effects and English translations, the Ramleela focuses more on the ideas of Ram rather than the traditional retelling of the story. NOW READ: Festivals and Events in India in October 2017 That Promise an Unforgettable Experience