Republic Day 2017 parade in Mumbai: Witness the January 26 parade at Shivaji Park in all its glory 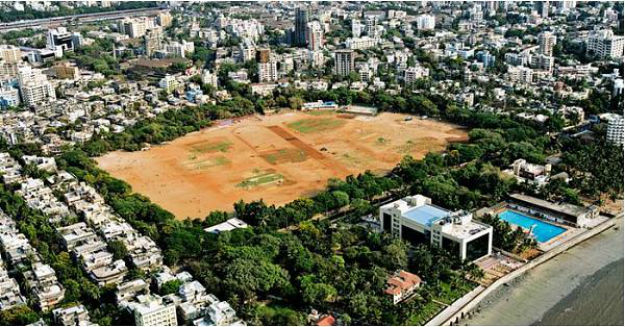 Republic Day 2017 is just round the corner. While all eyes are set on the main Republic Day parade along Rajpath in Delhi, other cities too take the day quite seriously. This year, Mumbai will move the Republic Day parade back to its traditional spot – Shivaji Park. In 2014, the previous Congress-NCP government had changed the parades venue to Marine Drive so that it could be made into a celebration on the lines of the marvelous one at Rajpath. However, citing Mumbai Police’s b=negative security report, the cabinet decided to move the parade back to Shivaji Park. The Police department made a valid point that it was extremely difficult to maintain law and order during the parade at Marine Drive. The huge stretch is open on one side and has residential buildings on the other. Another issue is the traffic that becomes really difficult to handle during the parade. (ALSO SEE Republic Day Parade 2017 in Delhi: Things to look forward to during the annual Republic Day Parade) Also Read - New Single-Day Spike Record Every Day: 9,304 New Cases in Last 24 Hours | 10 Developments

Year after year, the Republic Day parade becomes more and more grand and is followed by Indians all across the globe. This year, NSG (National Security Guard) commandos too will be participating in the parade at Rajpath. It is a proud moment for Indians when the parade kicks off with the arrival of the President of India, escorted by bodyguards on horses. The Prime Minister of India pays homage to martyrs by laying a wreath at Amar Jawan Jyoti at India Gate. The President raises the National flag as the National Anthem plays after which a 21-gun salute is given. The three divisions of the armed forces (Army, Navy, Air Force) lead the parade showcasing the nation’s strength and courage. This year, Mumbai too will get a slice of the parade as it moves back to its traditional venue. Shivaji Park comes alive during the Republic Day parade with several people in attendance. Also Read - World Environment Day 2020: From Planting Trees to Controlling Industrial Waste, 5 Things One Should Continue Doing Post Lockdown Period

Have interesting travel photos youd like to share with us? Send photos from your travels to travel@corp.india.com, dont forget to mention where youve shot the picture and get a chance to be featured on our website! So what are you waiting for? Hurry! Also Read - Batsmen at Advantage if Nothing Allowed to Shine The Ball: India Batting Coach Vikram Rathour