Here's what will happen in the capital during the Republic Day Parade. 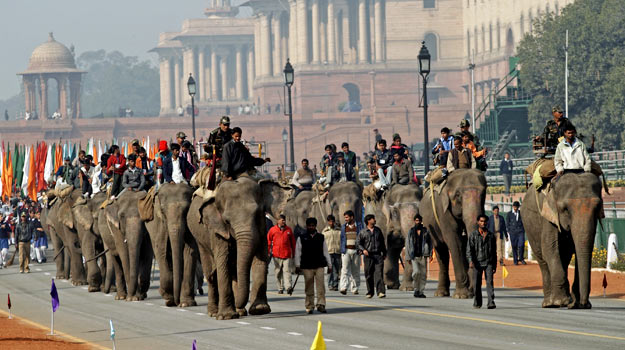 India celebrates Republic Day on January 26 every year and it is marked by a grand parade that takes place in the capital Delhi. Republic Day is a national holiday and most people watch the parade on their televisions. The parade is synonymous with the day and is held at Rajpath. It takes months of preparations to make sure that the Republic Day Parade is a success as it showcases the country’s defence capabilities along with India’s culture and heritage. From the Rashtrapati Bhavan along Rajpath and past the India Gate, soldiers march their way before the President hoists the National Flag and everyone stands up for the National Anthem. The 21-gun salute is another tradition of the Republic Day Parade along with the laying of a wreath on the Amar Jawan Jyoti memorial by the Prime Minister. Here is everything you need to know about the Republic Day Parade in Delhi. ALSO SEE Do you know whose rifle stands on the Amar Jawan Jyoti memorial?  Also Read - IPL 2021: MS Dhoni Heaps Praise on Kolkata Knight Riders' Comeback in UAE Leg, Says KKR Deserve to Win This Year's Tournament

Before the marching, the President of India awards medals the recipients of the Ashoka Chakra and Kirti Chakra to people from the armed forces as well as civilians for their valor. Next, the children who have won the National Bravery Award march past the spectators. After this ceremony, the parade begins where the Commander-in-Chief of the Indian Armed Forces who is the President of India takes the salute. The Indian Army, Navy and Air Force march with their bands in all their finery. Schoolchildren from different Delhi schools also take part in the march past as well as the best of NCC cadets are selected from all over the country to be a part of the parade. There are also about 30 floats that showcase the diversity of Indian states and union territories and make for a colorful spectacle. ALSO SEE Bet you didn’t know these facts about Rajpath  Also Read - Bigg Boss 15 Weekend Ka Vaar: Salman Khan Lashes Out At Afsana Khan For Her Nasty Remarks, Warns Her 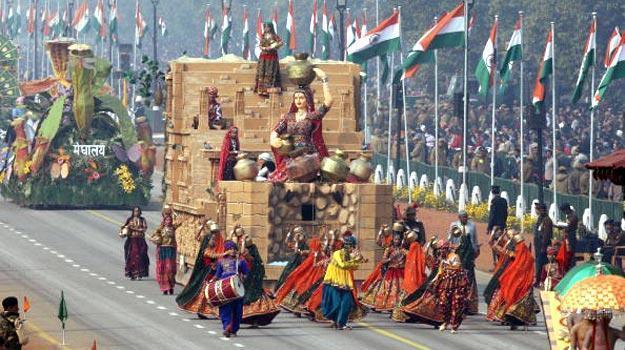 The drills start months prior to Republic Day to ensure all goes well on the day of the parade. In fact, three days before Republic Day, a complete dress rehearsal also takes place in Delhi so that there is no scope of mistake on the actual day. The parade is one of the most spectacular ones not just in the country but the world and is a must-watch for every Indian. It not just showcases India’s rich heritage but also makes one feel patriotic on this national day. The Republic Day festivities officially comes to end on January 29 with the Beating Retreat ceremony that takes place in the evening with the President of India as the chief guest. Bands from the Army, Navy and Air Force perform to mark the ceremony which is held at Raisina Hills. The National Anthem as well as other popular patriotic tunes are played during the Beating Retreat.

Since 2016, a foreign army contingent has been part of the Republic Day Parade. Last year, it was French Army soldiers and in 2017, the parade will be led by a contingent of 179 UAE soldiers. Since they are our guests, they will get the honor of leading the parade this year. The chief guest of the 68th Republic Day will be UAE Crown Prince Sheikh Mohammad bin Zayed Al Nahyan. ALSO SEE 11 stunning images of the Republic Day parade