REVEALED! This is how 32 per cent Indian travelers book their tickets! 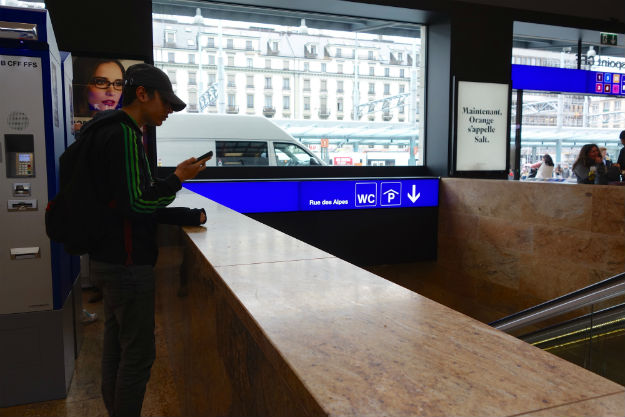 At least a third of travelers from India are booking holidays on their mobile phones says a new survey by online travel portal Yatra. The latest survey shows that Indian travelers decide on the go and are well in tune with the latest technology.
The survey reveals a 10 per cent year-on year jump since 2014 has been observed in mobile bookings, currently standing at almost 32 per cent. Also Read - 6,000 Devotees Per Day, Mandatory Face Masks And 6-Feet Distance: Tirupati Balaji Temple All Set to Reopen From Monday

While desktops and laptops continue to be the preferred medium of booking, there is a steep decline in demand for travel agents with the number being a mere 8 per cent in 2016 versus 11.2 per cent in 2015. 67.4 per cent are planning a summer trip in 2016 as against only 35 per cent in 2015. Despite the rupee slipping to 66 -67 levels, nearly 31 per cent travelers are looking at international trips for summer 2016. Also Read - 'He Would be Quite Happy to Help': Amarinder Singh on Roping in Prashant Kishor For Congress' 2022 Punjab Polls

The survey also found that North Eastern states are showing prominence as a top choice in domestic destinations. Amongst international destinations Bali and Mauritius have come forward as the new popular choices this summer.
Travelers spending on summer trip per person sees an increase in the mid segment range, with over 25 per cent people looking to spend Rs 25,000 – Rs 50,000 in 2016 as against 17 per cent in 2015. There continues to be large number of travelers that continue to choose budget accommodation to manage expenditure while travelling in 2016.

The survey also finds that 44 per cent Indians believe that relaxation during holidays is the key reason to travel in 2016.
“We continue to see a strong year-on-year growth in Indians travelling to various foreign and domestic destinations. We have also seen an increased demand for newer destinations this summer with North East India destinations making it to our top five domestic destinations,” says Sharat Dhall, President, Yatra.Com. “Indians are increasingly getting comfortable making their travel bookings on the mobile and expect to see a further increase in bookings via our app in the coming year” he says.

This summer there has been a stark increase in families planning for holidays together with almost 45 per cent opting for family vacation in 2016 as compared to only 17 per cent in 2015, according to the survey.
With women starting to become an important demographic while planning holidays, they are increasingly looking for holidays with partners, parents and children, and also alone. Hotels continue to be top choice of accommodation whereas staying with family and friends continues to decline. Also travellers are better informed and they decide destinations backed by online research from travel blogs.