South Africa's Robben Island Museum has just switched to solar power, cutting down its carbon footprint by more than 900 tons and costs by 2 crores per annum. The government hopes that this move will inspire others to turn green as well. 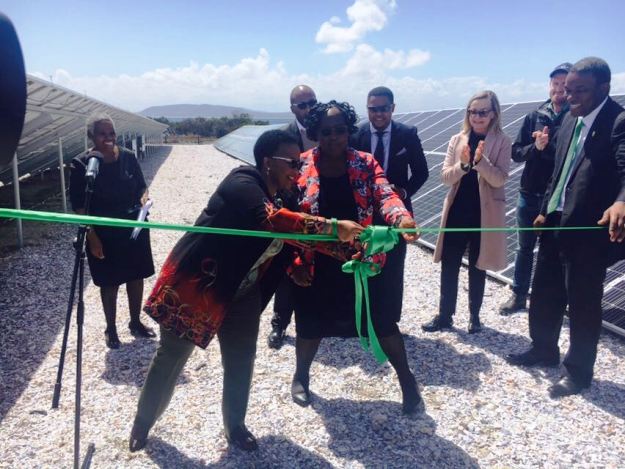 Robben Island, once the prison that held Nelson Mandela and now a museum and symbol of South Africa’s freedom from apartheid, is celebrating a different kind of freedom today. The Robben Island Museum has just switched to solar power, cutting its carbon emissions by nearly 940 tons and freeing itself from the grid and costs of around 2 crores per year. ALSO READ: Kruger National Park Photos: Stunning Pictures of Animals in South African Game Reserve will Tempt Every Wildlife Lover Also Read - Dane Piedt to End South Africa Career to Pursue Cricket in USA

Located around 7 km off the coast of Bloubergstrand, Cape Town, the island’s Robben Island prison held the revolutionary and freedom fighter Nelson Mandela for 18 years. Mandela would go on play a crucial role in ending apartheid in South Africa and became the first black President of the country. A tour through the prison facility, now a museum, takes you through various historically important sites, like the island graveyard, the quarry and Nelson Mandela’s prison cell. Also Read - This Day, That Year: When Rain Robbed South Africa of a World Cup Final

Tokozile Xasa, the current tourism minister of South Africa, handed over the solar power plant in a ceremony to the museum. The initiative was part of the tourism department’s mandate to support inclusive, sustainable tourism development. It was also part of a larger pilot project that saw the collaboration of management authorities that handle other government tourism attractions. The project aims to add solar power generation systems to other tourism facilities as well.

Minister Tokozile Xasa said, “Preserving our environment and reducing our carbon footprint is critical to the sustainability of the tourism industry. The construction of the solar PV mini-grid on Robben Island is a shining example of what can be achieved when government structures work together to preserve our ecological and cultural tourism assets for future generations.”

She added, “This collaborative initiative not only affirms our countrys capability to engineer sustainable energy solutions, but it inspires hope that the business of tourism can be conducted in a sustainable manner.”

The museum’s CEO , Mava Dada, further explained, “Prior to the construction of the solar plant, we relied solely on expensive diesel generators to provide electricity on the Island. This transition will see the island largely powered by the solar plant. This will reduce the Islands carbon emissions by almost 940 tons per year.” He noted that the new solar power plant “will bring about a monetary saving of around R 4 million per annum.” NOW READ: Top South Africa Tourist Attractions That Immortalize Nelson Mandela

What’s next for South Africa on this road? That would be the introduction of the Green Tourism Incentive Programme (GTIP), a collaborative project that will offer cost-sharing grants to help small tourism operators retrofit energy efficiency systems in their facilities.