Rome is Covered in Snow For the First Time in 6 Years! VIEW PICS

These breathtaking photos of Rome under snow after 6 years will make you want to visit the romantic city even more! 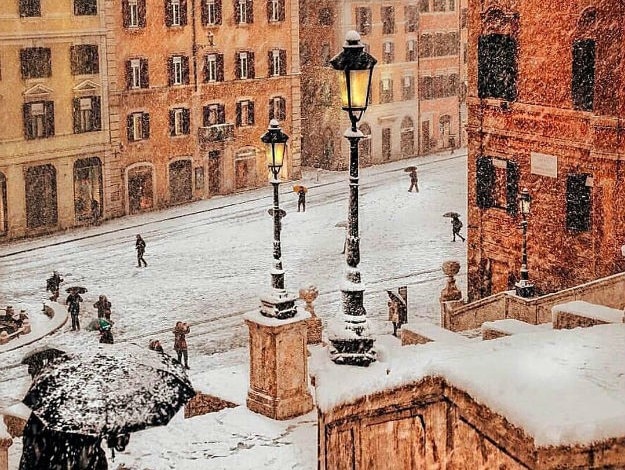 On account of winds named Beast from the East that are flowing from Serbia across Europe, Rome has received a pleasant surprise. The historic Italian city is covered in snow and the locals cant stop gushing about it. The fact that schools have been closed is the cherry on the cake. The freezing winds brought down the temperature to 0 degree C in Rome. The last time Rome received snow was in February 2012 so you can imagine what a wonderful surprise this must be for the locals! Rome is one of the most sought after tourist destinations in the world. And now with these enchanting pictures of Rome under snow, it is all set to become truly irresistible! Also Read - Sonam Kapoor Ahuja Takes Internet by Storm With Sultry Pictures in Molten Gold-Sparkling Silver Lehenga

Heres a glimpse of the Colosseum under snow! Also Read - Colosseum, Louvre Museum Among Top Global Attractions in 2019

A post shared by TRAVELLING THROUGH THE WORLD © (@travellingthroughtheworld) on Feb 27, 2018 at 10:47am PST

Imagine walking on this snow!

Another glimpse of the city!

Imagine a walk in this park right now!

The jackets are out!

Even the really furry ones!

Makes you want to visit Rome even more, doesnt it?