A new report by Expedia shows that India is among the most vacation-deprived nations in the world, and that's no good at all. 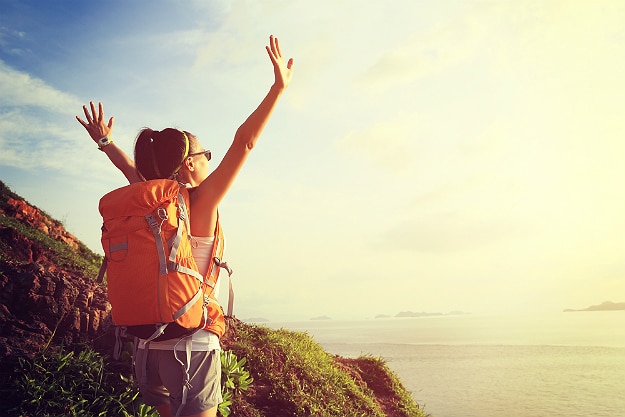 A decade or so ago, vacation time in an Indian household was a once-in-a-year affair, at best. Things have improved since then, with more Indians realizing the importance of getting out of their daily grind. But the numbers are not enough. A new report by online travel agency Expedia has found that India ranks fifth in the list of nations with the most vacation-deprived citizens. The Expedia Vacation Deprivation Report 2017 found that 60 percent Indians who responded to a survey were deprived of vacations because of their work. South Korea ranked first at 82 percent, France was second at 66 percent, Malaysia followed at 65 percent and Hong Kong was fourth at 64 percent. ALSO READ: Christmas 2017 Long Weekend: Best Holiday Destinations near Pune Also Read - Here's how traveling makes you happier

On the other end of the spectrum, Norwegians were the least vacation-deprived, with just 38 percent saying that they were. This was followed by the Netherlands at 39 percent and Ireland, Sweden and Taiwan at 44 percent each. Roughly 15,000 people from 30 nations were surveyed by Northstar Research Partners for this study.

Back in India, 55 percent people were found to take fewer vacation days than they were allotted, and 28 percent did not even take leaves because of under-staffing and long work schedules. Neither of these things are good, naturally, and Expedia India marketing head Manmeet Ahluwalia pointed that too. He stressed the need to promote an organizational culture that supports a healthy balance between work and life, for which vacations are important.

When you look further into the study, you’ll find that many Indians haven’t taken a holiday in the past half year. Of these people, 37 percent said that they simply could not afford a holiday, while 36 percent couldn’t spare the time for one and 27 percent said that they were instead saving up their leaves and money for a longer holiday. Meanwhile, 55 percent feel that a lack of vacation decreases their productivity in work and 64 percent reported being more productive when they got back from a vacation. NOW READ: Public Holidays in December 2017 in India: Plan Your Trips with This Holiday Calendar

A whopping 67 percent postponed or cancelled vacations for work, which is saddening because 34 percent Indians were willing to even take a salary cut for more vacation days. And that’s not the only thing Indians were willing to give up to get more vacation days: 46 percent said that they would give up alcohol for a week to get just a day more, while 39 percent agreed to give up dessert. Meanwhile, 50 percent were willing to sacrifice social media, 54 percent put their television time on the line, and 46 percent would even give up their daily coffee.