Sahara Desert just received snowfall and the photos will blow your mind!

This rare phenomenon occurred after 40 years. 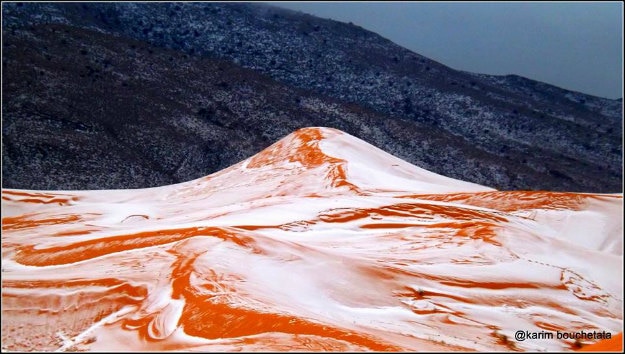 From our geography lessons in school we remember Sahara Desert for being the largest hot desert in the world that is spread over 9,200,000 sq km. This desert in Africa experiences large exposures to sunshine every day with clear skies making it very hot with temperatures rising to 47 degree Celsius as well. With such high intensity of heat throughout the year, it would be unimaginable to think of snowfall in this desert. However, photos of a snow-covered Sahara Desert have recently surfaced on the internet sending everyone in a tizzy about the climatic change. ALSO SEE Beautiful abandoned places in India Also Read - Soon After CM Kejriwal's Warning, Delhi Govt Files an FIR Against Private Hospital For Allegedly Violating COVID-19 Norms 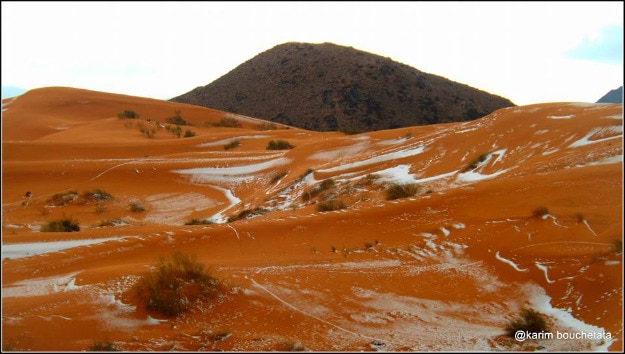 This is the first time in 40 years when Sahara Desert has witnessed snowfall. This phenomenon was last recorded in 1979 in the Ain Sefra region during a snowstorm. Ain Sefra is known as the ‘gateway to the desert’ and the average temperatures here are about 37 degree Celsius. However, in the winter, the lowest temperature has been recorded to be -10.2 degree Celsius. 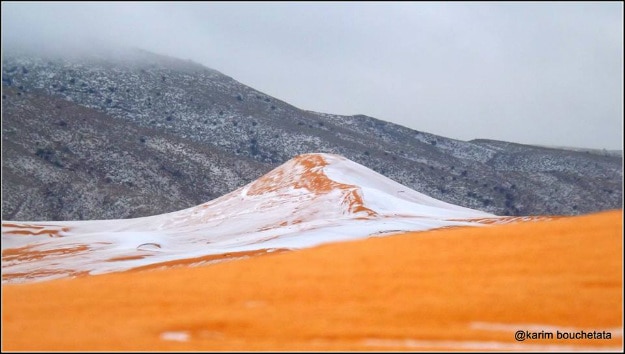 An amateur photographer Karim Bouchetata witnessed this extremely rare phenomenon and captured it on his camera. His photos are now breaking the internet as the orange sand dunes were seen covered in a layer of white snow. The snowfall lasted for not more than a day and is longer there as it has all melted away. However, the photos are here to stay and show just how drastic climate change can be. With news of a flood in Dubai due to torrential rains earleir  this year and now this, we can’t imagine what we will witness next in the coming months.

Have something to add to this story? Post your comments in the discussion board below; we will be thrilled to hear from you.