Salman Khan’s gift to his security guards will make you hate your boss!

Salman Khan knows what the best kind of gift is for his security personnel. 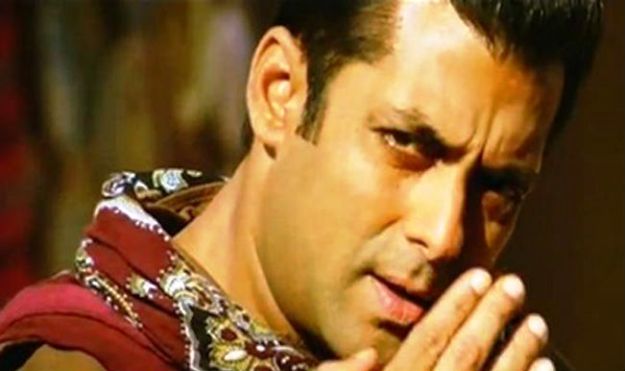 Salman Khan, aka Prem, the larger-than-life quinquagenarian and star of colossal hits like Maine Pyar Kiya and Suryavanshi, is busy shooting for the sequel to his action-packed 2012 film, ‘Ek Tha Tiger’. The highly-awaited sequel to the film is titled ‘Tiger Zinda Hai’ and, if the production continue as scheduled, should release this Christmas. The film will see Bhai reunite with Katrina Kaif, but that’s not the point. The point here is what Salman is offering his security team if they work well: a nice holiday and money to go shopping. And we all know how important it is to take a holiday! ALSO READ: Salman Khan’s Sultan reminds us of these 7 places that have real life pehalwans! Also Read - Cyclone Nisarga to Make Landfall Today; Maharashtra, Gujarat on High Alert | Top Developments

A lot of people today, especially corporate guys, consider not taking holidays or leaves a good thing. Some are even proud of the fact that they go for months, even years, without taking holidays. If you are among them, you definitely need to take a holiday. We are not just saying that because travel is what we do; science agrees with us, and so do many companies. Several studies have shown the benefits of going on a vacation every now and then, and there are some companies, even in India, that make it compulsory to take certain days off in a year. Also Read - Bangladesh ODI Captain Tamim Iqbal Was 'Ashamed Of Himself' After Seeing Virat Kohli's Fitness Levels

In a nutshell, a holiday break helps reduce the stress and pressure of work and give you perspective with where you are going with your life. It keeps you aware of the big picture and maintain a good work-life balance. When you come back to work, you are more composed and assured than before. A holiday improves your concentration and effectiveness for the whole year and makes you more confident, and it also increases job satisfaction, especially if your company encourages regular holidays. And we’re sure that Salman’s security team would feel more confident and happy too, given his new initiative.

Of course, let’s not forget that a holiday will help Salman’s hardworking security guys spend some quality time with their family. And did you know that those taking just one holiday or none every two years are more likely to burn out or suffer from depression? So kudos to Bhai and his healthy initiative! After several leaks from the film sets in the past, we are certain that the Salman’s bigger security team in Abu Dhabi will be pumped to do a better job.

Salman and Katrina, meanwhile, are having a blast at the shoot. The superstar is going to be seen on screen next in Tubelight, scheduled for an Eid release. Katrina Kaif will be seen with Ranbir Kapoor in the wacky ‘Jagga Jasoos’ in July. ALSO READ: Katrina Kaifs hot photos and videos from Maldives will spark your wanderlust!