In order to attract more tourists, Tehri Lake will soon get a seaplane service. 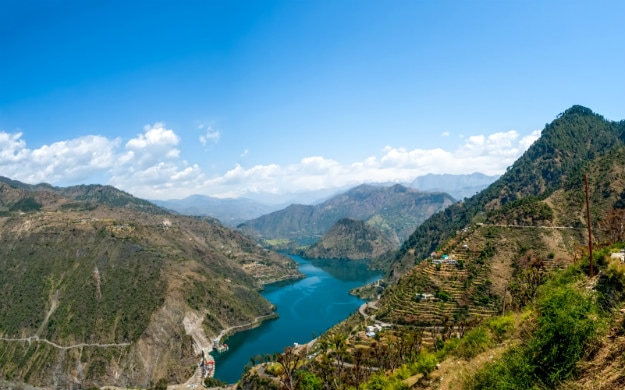 Aiming of to attract more tourists, including foreigners, a seaplane service will be introduced on the Tehri Lake besides an array of water sports activities to make the water body a happening adventure spot in the region, Uttarakhand Chief Minister T.S. Rawat said. Also Read - Tehri Lake festival gets off to colourful start

Besides surfing, the 42 sq km Tehri Lake, the reservoir of the Tehri Dam, currently offers boating facilities by power boats and jet skis, among others. ALSO SEE How to Reach Yamunotri in Uttarakhand by Road, Train and Flight Also Read - Top stories from northern region at 4.30 pm

“By next year, the seaplane will be made operational as we have finalised the plans with (Union Minister) Nitin Gadkari. All necessary arrangements are being undertaken to make the seaplane landing on the lake,” Uttarakhand Chief Minister T.S. Rawat told IANS.

Seaplane operations will also be a great help in emergencies like landslides in the region.

The Centre has allocated Rs 110 cr while state has given the land to develop Tehri as a tourist destination, he added.

Tehri Lake records about about 800 footfalls in a day at the moment which is expected to go up with more water sports and other adventure sports activities, Jawalkar said, adding that a lot of foreigners come to Rishikesh who can be attracted to Tehri Lake once seaplane is made operational.

The seaplane trials will start next month with the approval and guidelines of the DGCA and the Civil Aviation Ministry.

“We will be conducting an investment summit this year with participation from the US, Europe and the Gulf region. We are also offering a single window system to make the state a hassle-free investment zone,” he added.
Situated at 2,500 ft above sea level, the Tehri Lake is at present 740 metres deep, which rises to 825 metres during the rainy season.

Talking to IANS, Tehri MLA Dhansingh Negi said the increased water sports and aventure sports activities in the area will create job opportunities for the youth while the enhanced footfalls will increase commercial activities here.

Uttarakhand is also hosting a PATA conference in February 2019 which is expected to boost the tourism in the region as many foreign countries are slated to attend the global meet.

Currently the region does not have many hotels and most of the tourists are day-visitors. Jawalkar said hotels and other infrastructure facilities are being developed in the area to cater to the growing need of tourists.