Members of a royal family are laying out recipes of rare royal dishes at the Royal food fest in Chandigarh. 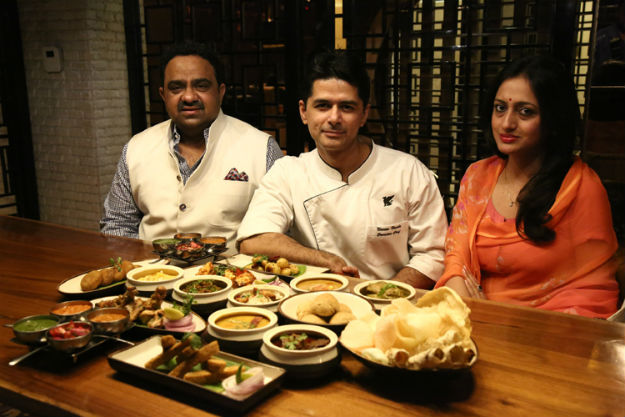 It is not always that you have royal secrets laid out before you attracting greedy, and hungry, looks. And when you dig into this royal plate, you have a mouthful of best kept secrets to savour. Also Read - Jiah Khan Death Anniversary: Timeline of Events Surrounding The Mysterious Death of Nishabd Actor

Shivraj, who comes from the royal family of Limdi in Gujarat, and Vijaya, who was born in the royal family of Jhabua (Madhya Pradesh) and is married into the royal family of Sirmaur in Himachal Pradesh, have donned the chef’s mantle to give a royal break to people coming in to eat. Also Read - Bangladesh ODI Captain Tamim Iqbal Was 'Ashamed Of Himself' After Seeing Virat Kohli's Fitness Levels

“We are doing this for the love of food and cooking and to let others experience dishes which used to be the domain of royals alone,” Shivraj told IANS here.

“Good, authentic food is all about playing with the ingredients. It should not be the same kind of masalas being used for all dishes. Our food is cooked from the heart,” Shivraj, 39, who took to cooking at the age of 13 by making an omelette, said.

What Shivraj and Vijaya are cooking is not limited to a particular area alone.

From the Mughal specialty ‘Keema Biryani’, the Nepalese specialities ‘Sekhwa Charu’ and ‘Sandheko’, Kashmiri specialities ‘Kabargah’ and ‘White Urad Dal’ and the ‘Nabab’ from Madhya Pradesh and more — the cousins are doling out rich fare.

“Some of the recipes have come from our grandmothers. These have been passed on for generations. Women in our family used to cook on alternate days so that these recipes were not lost,” Vijaya told IANS, adding that the dishes were from different regions and royal families.

“The fundamental backbone of my recipes remains unchanged; impeccable seasonal ingredients accurately cooked and brought together on a plate in harmonious and elegant manner which also satisfies a grumbling tummy. Picking up the nuances of royal cooking from a young age, one key point which I learnt was the need to ensure authenticity,” Shivraj said, adding that he makes his own curry powder to give authentic touch to his dishes.

In the deserts, on offer are ‘Pineapple ka Halwa’, ‘Rose Petals Flavoured Rice Pudding’, ‘Gulab ki Kheer’ and ‘Paan Kulfi’ which take the taste buds to another level.

“The Royal Food Festival is giving our patrons a rare glimpse into the past and an opportunity to experience an art of cooking which was confined to the royal kitchens of yore,” said Pallav Singhal, Director Food and Beverages, at the hotel.

A royal salute indeed to the young royals for sharing their food secrets.