Today, Maharashtra celebrates the birth and life of the great Maratha warrior -- Chhatrapati Shivaji Maharaj. Know why Shivaji Jayanti is celebrated with such great pomp every year. 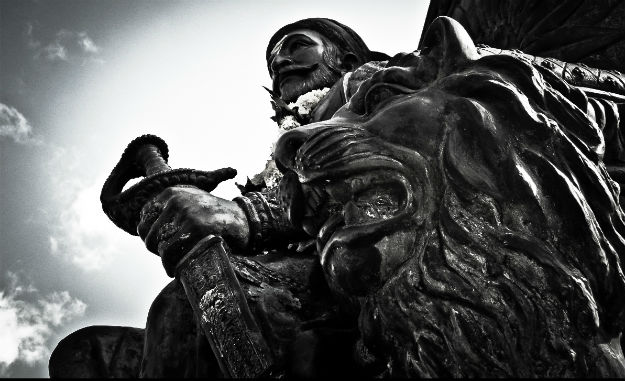 February 19 is celebrated as Shivaji Jayanti in the state of Maharashtra to commemorate the birth of Chhatrapati Shivaji Maharaj — the great warrior and founder of the Maratha empire. Also Read - Are Sanitary Napkins Not 'Essential' Enough to be COVID-19 Lockdown Exception?

Shivaji Maharaj was born on this date in 1630 in the Shivneri Fort in Maharashtra. His father, Shahaji Raje Bhonsle, was the chief of the Bijapur kingdom skilled in military tactics and diplomacy but unsuccessful at gaining power. Shivaji, on the other hand, used all the knowledge he could get from his parents and became a progressive ruler establishing a civil rule with disciplined military organizations. He is considered to be the pioneer of guerilla warfare, a war technique the Marathas excelled at. Also Read - Reel Life Ram Arun Govil Watches Ramayan Along With His Grandchildren, Picture Goes Viral

With Raigad as his capital, Shivaji revolted against the Adil Shahi dynasty and the Mughals to form the formidable Maratha nation. The Marathas went on to rule a large portion of India and Shivaji continues to be remembered as one of the massive personalities and constructive geniuses of medieval India. His intelligence and bravery is legendary and he was responsible for the Maratha rule that lasted for two centuries.

CHECK OUT Did you know these 4 fascinating facts about Mumbais Chhatrapati Shivaji terminus?

He was crowned as Chhatrapati in the year 1674, a title only a few have been bestowed with. Even after his demise in the year 1680, Shivaji continued to inspire warriors who followed his lineage. His popularity can be seen from the fact that Mumbai’s prime railway station and International airport are both named after him. Till date, he is an idol for many which is why Shiv Jayanti is celebrated on such a large scale in Maharashtra.

Prominent politicians visit the Shivneri fort to honor Chhatrapati Shivaji Maharaj. Locals carry out processions and poojas in memory of Shivaji Maharaj and decorate his idols with garlands. It’s a day passionate followers remember and celebrate the life of one of the greatest warriors and leaders of India.