The passengers involved in the violent brawl that led to a "bloodbath" on Melbourne-bound Carnival Legend cruise were asked to disembark. 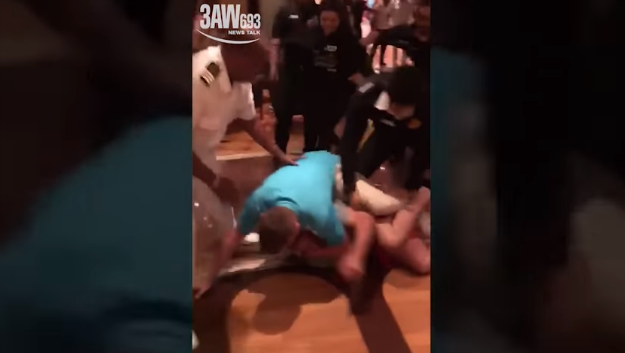 Going on a luxury cruise features on the bucket list of many a traveler. There is something amazing about the prospect of watching a vast expanse of blue water as the pleasant breeze brushes past your hair. Luxury cruises these days come with a plethora of on-board entertainment like sports arenas, music shows and discotheques making the whole experience all the more alluring. However, for passengers of the Carnival Legend Legend cruise ship, the pleasant experience turned into their worst nightmare when passengers and crew got into an extremely violent brawl resulting in several people getting injured. Many families were so scared that they had to lock themselves into their rooms. (ALSO SEE Four days of sea, breeze and one Royal cruise experience!) The Carnival Legend cruise was bound for Melbourne but had to make an unscheduled stop in Eden, New South Wales, for police to come in and take charge of the situation. According to the Police, six men and three teenage boys were removed from the ship while 14 other passengers also left after the harrowing experience. This shocking video by 3AWRadio shows the terrifying incident on the cruise: Also Read - This Image of Two Widowed Fairy Penguins Comforting Each Other Has Made the Internet Emotional

We sincerely hope that no traveler has to face any such untoward incident on any of their travels. Also Read - 'Chak de Fatte': Akshay Kumar Roots For Birthday Girl Harmanpreet Kaur And Team During T20 World Cup Final