Significance And History of Ambubachi Mela at Guwahati’s Kamakhya Temple

The Ambubachi Mela is hosted every year and there is a story behind it. 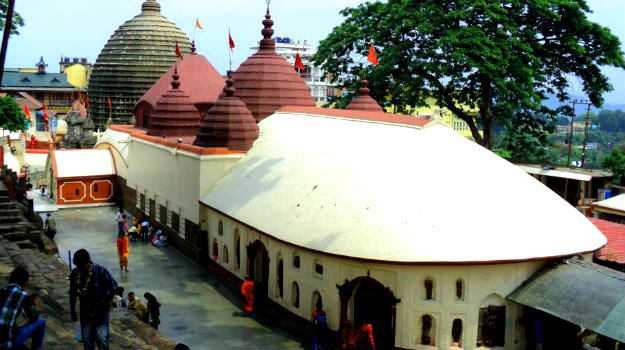 Ambubachi Mela is an annual fair organised at Guwahati’s Kamakhya Temple. The temple is perched on top of the Ninanchal Hill and is one of the most famous tourist destinations in Assam. The Kamakhya Temple is known to be one of the 52 shakti peethas of goddess Shakti. Legend has it that an angered Shakti jumped into the fire after her father insulted Shiva, who then performed the tandava while carrying Shakti’s burning body. If Shiva would’ve completed the tandava, the universe would’ve been destroyed. In order to stop him from doing so, Vishnu released his Sudharshan chakra that split Shakti’s body into 5 parts. The Kamakhya Temple was built where the goddess’s womb and genitals fell.

It is also believed that in the early 16th century, the Kamakhya temple got destroyed. However, it was rebuilt by the King of Cooch Behar and was designed in a rather unique way. The temple has four prayer chambers: Garbagriha, Calanta, Pancharatna, and Natamandiramong. The first and most important chamber leads to the sanctum of the temple which is in the form of a cave. Though the chamber does not house an idol or image of the goddess, there is a natural spring that resembles the womb of the goddess. 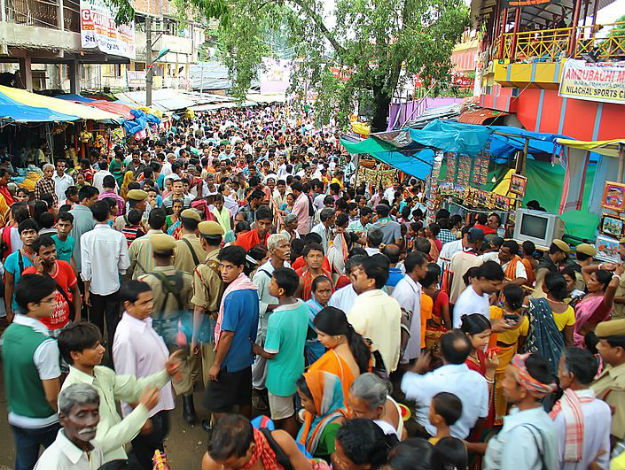 There is also an incomplete staircase near the Kamakhya Temple which is associated with a demon named Naraka. He wanted the goddess’ hand in marriage and each time she rejected him, he’d be cruel towards the people of the village. In order to get rid of Naraka, the goddess set a condition to marry him. She asked the demon to build a staircase from the bottom of the hill, all the way to the top before dawn. Some time into the task, the goddess realised that Naraka had a good chance of completing the task at hand and she would have to keep her word and marry him. So she made a rooster crow before dawn which made Naraka give up instantly. That’s how Kamakhya never had to marry the demon. However, soon after Naraka realised that it wasn’t dawn yet, he chased and killed the rooster. The spot where he killed it is now known as Kukurakata. That’s when sacrificing roosters was started in the temple.

Each year in June, the Kamakhya Temple hosts the Ambubachi Mela. The temple remains closed for three days and is opened to the public on the fourth day of the fair. The three days when the temple is closed for pilgrims is considered to be the time of the year when the goddess menstruates. It’s an auspicious period when women pray for fertility and celebrate the childbearing capabilities of women. During the Ambubachi Mela, people gather near the temple in large numbers. Various tantrics and sadhus who avoid making public appearances on a regular basis visit the temple complex for the festival.

On the fourth day of the Ambubachi Mela when the temple is opened to the public, everyone looks forward to receiving a piece of cloth soaked in what’s said to be the goddess’s menstrual fluid. Ambubachi Mela is one of the unique fairs hosted in India.