Sikkim Lets You Adopt a Tree, Complete with Official Form and All

Ever wanted a child or a sibling? Sikkim now lets you adopt one, in the form of a tree. 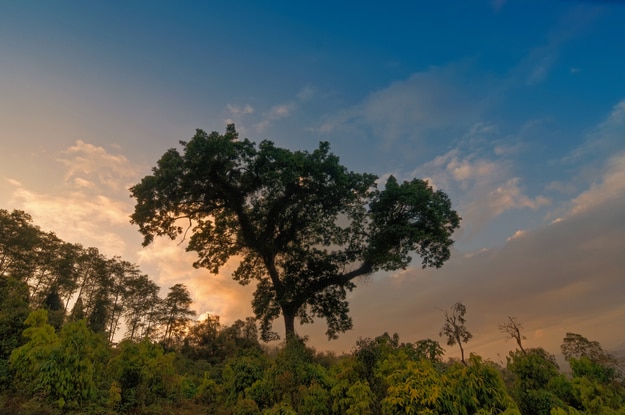 What if we told you that you could adopt a sibling that doesn’t nag you (or talk at all) and do your bit for the environment at the same time? It kind of sounds like a deal too good to be true, and it is true. India’s northern state tucked deep into the Himalayas, Sikkim, has started a program that lets people adopt trees in order to promote bond-building between people and fauna. Pawan Kumar Chamling, said to be the greenest Chief Minister in India, presented the idea to Principal Chief Conservator of Forests in Sikkim, Thomas Chandy. ALSO READ: Photos of Gdansk in Poland, a Scarred Gateway City to the Baltic Coast Also Read - India Gets Its First Glass Skywalk in Sikkim - Here's All You Need to Know

The Hindu reported that the new rules to create a personal relationship with a tree is covered under the Sikkim Forest Tree (Amity & Reverence) Rules 2017 of the Forests, Environment & Wildlife Management Department. Under these rules, you could formally adopt a tree and enter a Mitini or Mith relationship, translating to a sibling. You can also adopt a tree as a child or in remembrance of a family member who has passed away. Also Read - Moderate-Intensity Earthquakes Hit Manipur & Sikkim, No Damage or Loss of Life Reported

The rules to adopt a tree in Sikkim come with a full-fledged formal process. There are forms to fill and documentation to submit to the forest authorities if you want to adopt a tree. After this, the application is verified before being approved. Once the process is complete, a tree is registered under your name. The tree could belong to somebody else or be part of someone else’s property, but the living being itself becomes part of your family. You also have to enter into an agreement with the owner of the tree as a property, if there is any. The agreement would usually involve some sort of payment to the owner. NOW READ: Five Things to Do in Jaisalmer in Winter to Make You Fall in Love with the Golden City
Also Read - Rajnath Singh Performs 'Shastra Puja' in Darjeeling, Pays Tribute to Soldiers at China Border

If the tree you want to adopt is in a public space, the owner is question is going to be the government department in charge of that land. In such cases, you seek permissions from the department to become a registered Mith or Mitini of the tree or to adopt it as a Smriti tree. The tree then comes under the forests department, and any damage to it is a forest offense.