Sikkim on Your Mind? Here’s a 4-day Itinerary For Best Places to Visit

Explore the most beautiful attractions of Sikkim in 4 days with a chance to live amidst nature. 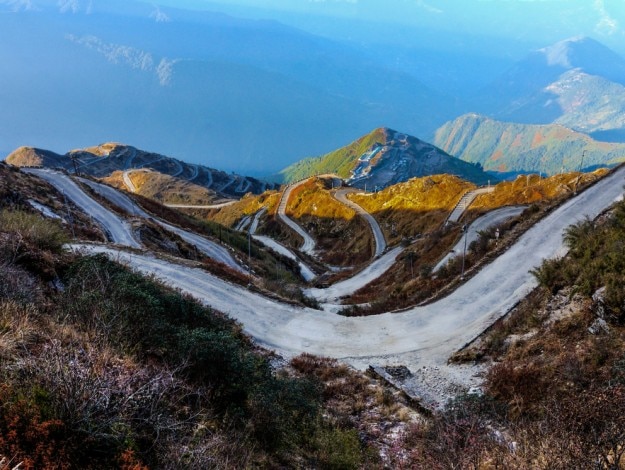 Also Read - Sikkim Travel News: Tourists Allowed From October 10, Hotel Bookings Begin From This Date - All You Need to Know

One of the most beautiful states in India’s north east, Sikkim is also one of the least populated ones in the country. The landlocked state has appeared on tourists’ radar only in the last few years and people cannot get enough of it. With pleasant all-year-round weather, breathtaking views of the Himalayas, quaint monasteries and more trekking trails than you can dream of, Sikkim seems to have something for everyone! And if you want to check things off your list, four days are more than sufficient to see most of the important spots in Sikkim. We bring you this four-day Sikkim itinerary: Also Read - Sikkim Bypoll: 68 Per Cent Votes Cast, Highest Turnout in CM's Seat 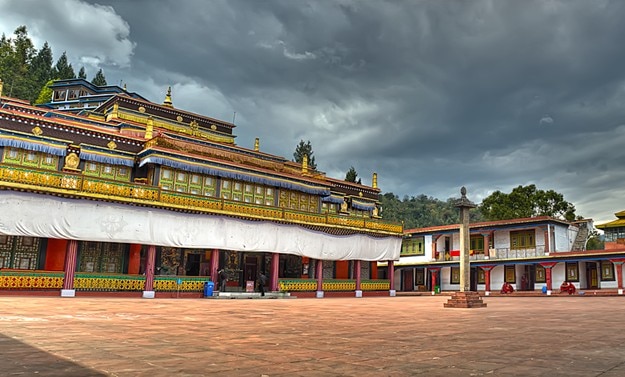 Also Read - What to See And do When in Sikkim

Perched on a mountain ridge and descending down the hill, Gangtok lives up to all the hype around it. While it is the capital city of Sikkim, Gangtok retains much of its rural charm. Gangtok also serves as a base for several treks including those to Rumtek, the spectacular monastery located nearby, and Tsomgo Lake (more on that later) among others. Then, of course, there is the majestic Khangchendzonga  which can be viewed from more places in Gangtok than you can count.

Things to do in Gangtok:

– Visit the Banjhakri Falls (pictured below) that drop from over a hundred feet and offering stunning views of the lush green landscape around it.

– If you aren’t squeamish (or think it is cruelty to animals) don’t miss the joy of riding on a yak. On prior booking, there are private travel agencies and even the Tourism and Civil Aviation Department that will organize these rides for you. 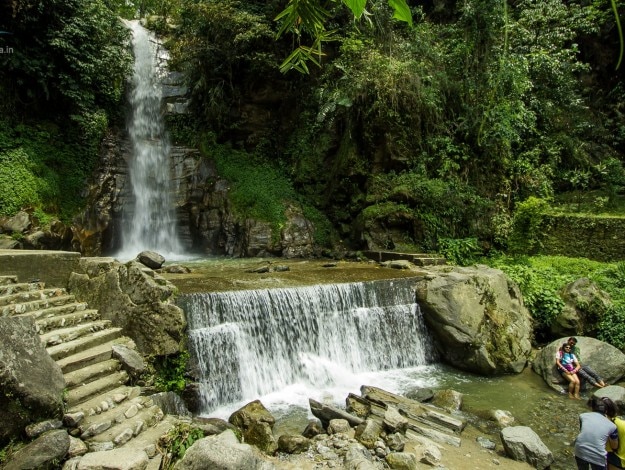 – Go paragliding. The Fly Sikkim Adventure and Sikkim Paragliding Adventure Sports Cooperative Society Ltd. offer paragliding services at an approximate rate of  2,500 to 4,500 per person depending on the type of fly.

– If you don’t have the stomach for paragliding but still want to enjoy panoramic views of Gangtok, take the cable car from Deorali to Tashling, the highest point of Gangtok. The  seven minute rides offers the most beautiful views to Khangchendzonga.

– Pay your respects at the Enchey Monastery, known for its Chinese Pagoda-style design. The architecture is based on the sacred mountain that has five peaks in China.

How to reach Gangtok:

New Jalpaiguri, West Bengal is the closest major railway station (148 km) from where you can either rent a taxi.

The closest major airport near Gangtok is Bagdogra, West Bengal (124 km) which takes about four hours to reach. 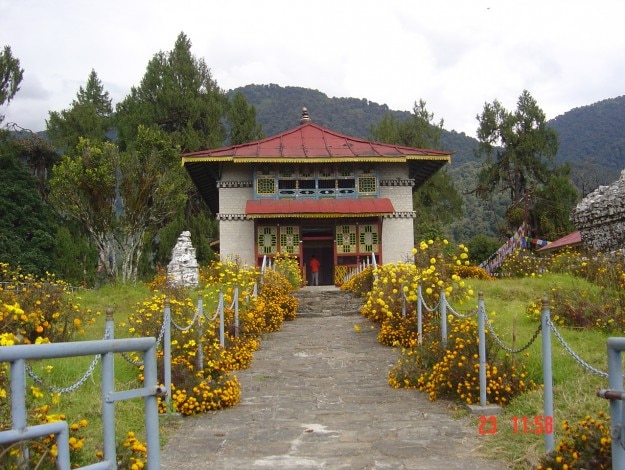 Yuksom is a charming historic town in Geyzing district of Sikkim. Bestowed with the spectacular beauty of nature and never-ending trekking trails, this is the place to go to if you are looking for some peace in the arms of nature.

Things to do in Yuksom:

– Visit the historic Norbugang Coronation Throne, which is said to be a witness to the historical moment when the three lamas met (which also is the literal meaning of Yuksom).

-Visit the Tashi Tenka , a royal complex ,where you will get a 360 degree view of the most beautiful Yuksom city.

– Take a walk  to the the oldest monastery of Sikkim, Dubdi Gompa (pictured above) which is situated on the top of a hill. It takes about an hour’s time to reach to the top from Yuksom. 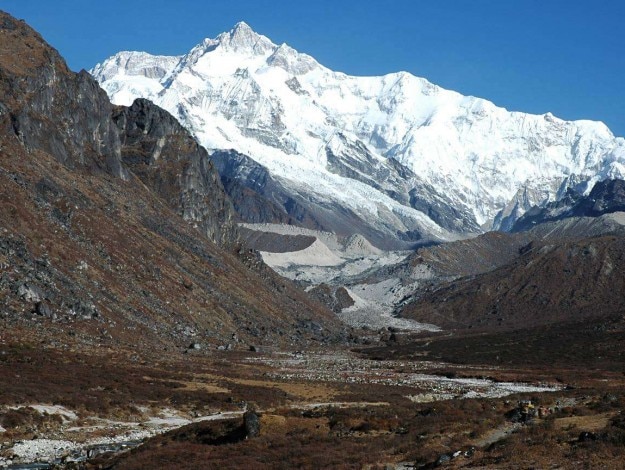 – Visit the Khangchendzonga National Park that has about 18 glaciers including the huge Zemu Glacier that is 300 mts wide.  Mt. Khangchendzonga is 8,586 mts high and that in itself is a big attraction. Khangchendzonga which means ‘abode of Gods’ is a place that you should visit.

– A trek to the high altitude Goechala Trek is something that every adventure lover must explore. The trail of Goechala can take you up to a height of  15,000 feet.

How to reach Yuksom:

The nearest railway station is New Jalpaiguri (NJP), West Bengal (which is about 150 km – 6 hours) from Yuksom from where you can either hire a jeep or a taxi.

The nearest airport is Bagdogra  in West Bengal situated at a distance of 170 km(5.5 hours)  from Yuksom. 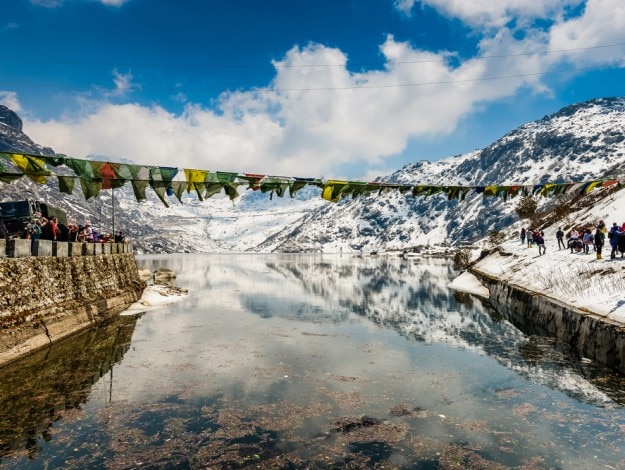 The immensely enchanting Tsomgo Lake is situated at a distance of 38 km away from Gangtok. This is one of the most popular tourist spots of Sikkim.  On your way to the lake, the gigantic mountains and the twisting roads will feel like an adventure in itself. Also called as the Changu Lake, it is situated at an altitude of 12,400 ft and is said to be one of the highest lakes in India.  The turquoise waters give you magical views of the alluring peaks nearby.

Things to do in Tsomgo:

– Enjoy the sights of migratory ducks like Brahmini and make the most of your time in this pristine lake viewing the majestic beauty.

– Yak and Pony rides are also available for those who seek for some fun.

– If you absolutely love nature, the different types of flowers like the Irish, Blue and Yellow Poppies and Primulas  is a sight that you will enjoy watching.

How to reach Tsomgo

A cab ride from Vajra Taxi stand in Gangtok will help you reach Tsomgo Lake  in just two hours which is about 40 km. This is one of the easiest ways to get there. 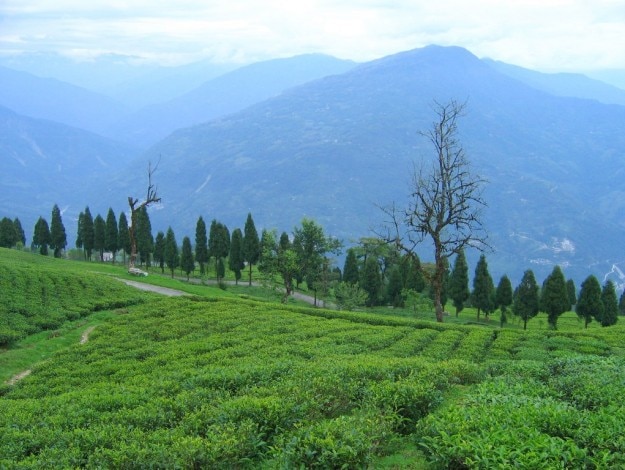 Ravangla is a small yet beautiful tourist town located in Sikkim district at an elevation of 7000 ft.  It is the starting point to the trek to Maenam Wildlife Sanctuary. Dense forests and stunning mountains views, this place attracts many nature lovers every year. Ravangala being culturally diverse, this place is also perfect for those who love a little shopping amidst their adventure and vacation. An idyllic destination, this is one place in Sikkim that most people prefer to go.

– Enjoy the beauty of Tathagata Tsal which is a Buddhist park in Ravangla.  View the statue of Tathagata (honorific title of Buddha) placed on a podium with a perfect backdrop or snow-capped mountains and lawns that look perfectly manicured.

– A walk through sprawling Temi Tea Gardens.  With tasting the best tea variants, you can also enjoy the views of this beautiful estate that lies in between beautiful landscapes. 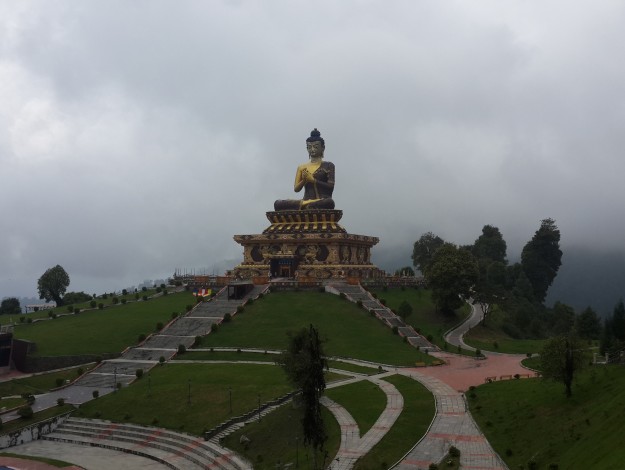 –  Trek to Maenam Hill which is situated at an altitude of 10,300 ft. It is considered to be the top favorite trekking points for tourists.  The hills give you a visual treat of the panoramic views of lush, green forests, mountains and rocky terrains.

How to reach Ravangla:

New Jalpaiguri, West Bengal is the closest major railway station (118.9 km) from where you can rent a taxi.

The closest major airport near Gangtok is Bagdogra, West Bengal (122 km) which takes about four hours to reach.