Situated Right at The Foot of The Himalayas, Mussoorie Makes For a Convenient Getaway

Whether You Have a Couple of Days or a Week to Spare, Mussoorie Never Disappoints.

Mussoorie, loving also known as the Queen of the Hills, is a quaint hill station located at an elevation of 2005 meters in Uttarakhand. It is situated right at the foot of the Himalayas, making it a rather convenient getaway for anyone looking to have some peace and quiet in the hills. Also Read - Uttarakhand Gets Its First Eco-Bridge, Will Save Reptiles & Small Animals From Being Killed by Vehicles

The weather, the sweeping mountain vista, lush greenery and a simple lifestyle make Mussoorie a coveted destination. Being home to a wide range of flora and fauna and the majestic views of the Shivalik range and the Doon Valley is also why it attracts hordes of travellers from all across the world, all year round. Interestingly, Mussoorie is not just famous for its scenic beauty; it has also developed into an important centre of education and business. The prestigious Lal Bahadur Shastri National Academy of Administration is where officers are trained for the Indian Administrative Service and the Indian Police Service. Also Read - Uttarakhand Travel Guidelines: COVID-19 Test Mandatory For Delhiites, Read on to Know More 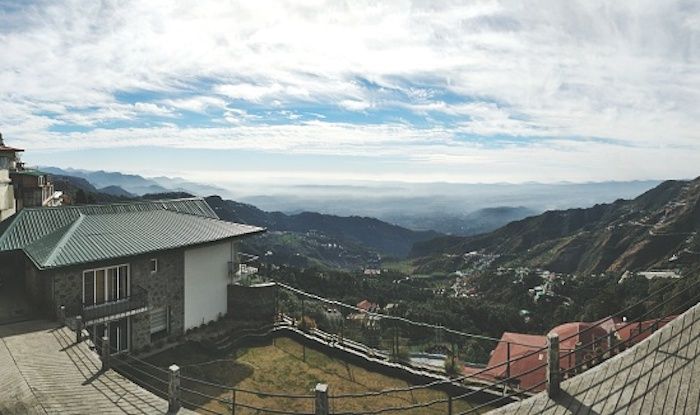 Mussoorie derives its name from the shrub ‘mansoor’ which is available in large quantities in this region. When you walk around here keep an eye out for the modern bungalows and well-manicured gardens – they’re unbelievably romantic. Especially, a nature walk on the gorgeous Camel’s Back Road. This road takes its name from its hill shaped like a camel’s hump. Also Read - Nainital Gets India's First-Ever Moss Garden - List of All Tourist Attractions in This Lake Town

Other attractions in Mussoorie are the Gun Hill where cannons were kept for the defence of the town; Christ Church which is the oldest Christian church in the Himalayas; Kempty Falls which is a nice picnic spot; and Company Garden (now Municipal Garden) for some unwinding and relaxing.

Then there’s the Happy Valley – the main attraction there being a small Tibetan temple. It is believed that this was the first Tibetan temple built in India. The temple was constructed in 1960 by the Tibetan refugees. If you wish to visit the highest point in Mussoorie, keep some time for Lal Tibba. About 24km from the hill station is a rather unique site called Dhanaulti which makes for a great day trip. The climb is the most scenic especially in the monsoons.

The weather in Mussoorie is generally bright and clear; and the vegetation rather bountiful with everything from pine, cedar, birch, oak to rhododendron and deodar growing all year round. The nearest airport is in Dehradun; about 35km from Mussoorie.