With more people gearing up to travel as 2017 ends, SpiceJet has added more daily flights. 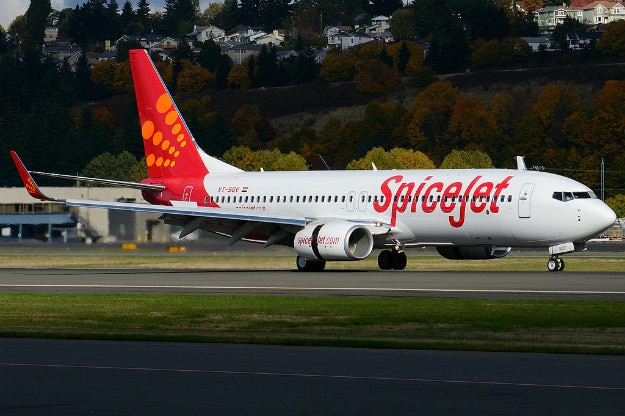 The winter season is here in India and there is happiness in the air, what with Christmas and New Year’s Eve coming up. December 2017 also has two back-to-back long weekends, and we’re sure that a lot of people are eager to use the paid vacation time available to them before the year ends. Naturally, plenty of folks are booking flight tickets for their travels in the coming weeks. In response to this demand, India’s own homegrown low-cost airline SpiceJet has announced six new daily direct flights for the season. ALSO READ: Best Places in India to Celebrate Christmas 2017 Also Read - Delhi: SpiceJet Pilot Robbed at Gunpoint, Left Bleeding Near IIT Campus at Midnight

The new flights will begin on December 22, 2017 and run until February 5, 2018, according to the airline based in Gurgaon. SpiceJet will use its Boeing 737-800 aircraft, which can accommodate 189 passengers, on the flight routes between Chennai and Kochi, Kolkata and Port Blair, and Chennai and Kolkata. Demand is expected to continue well past the Christmas and New Year period, especially with 2018 seeing 16 long weekends. Also Read - SpiceJet to Use Drones For Faster Delivery of Essential Supplies in Remote Areas

The Indian winter is, in any case, a big season for tourism. Temperatures are cool but never too cold for comfort, unless you are heading to the Indian Himalayas. The winter holidays are on in many parts of India, and there are plenty of warm pockets in India, especially along the Indian coast down south, that you can head to if you want to escape the chilly winter weather of the north. SpiceJet’s move predicts strong demand during the winter tourist season, and we’d have to agree. The airline has already thrown open bookings for the additional flights on its website and on travel websites and agencies. Also Read - 2 People on Board Ahmedabad to Guwahati SpiceJet Flight Test COVID-19+, Crew Quarantined

In its statement announced the new additional flights, the budget airline said, “Leisure travel sees a seasonal surge during the winter months owing to the favourable climatic conditions and kick start of the holiday season. These new flights announced by SpiceJet will provide tourists with additional choices and thus enhance their convenience.” NOW READ: Best Places Near Bangalore For Christmas 2017 Long Weekend

Domestic passenger volumes have been rising, according to the Directorate General of Civil Aviation and the rating agency Icra. SpiceJet, on average, operates 396 flights every day, reaching 51 destinations, seven of which are outside India.