Ever wanted to fly and land on water? That dream may soon turn into reality, in Varanasi. 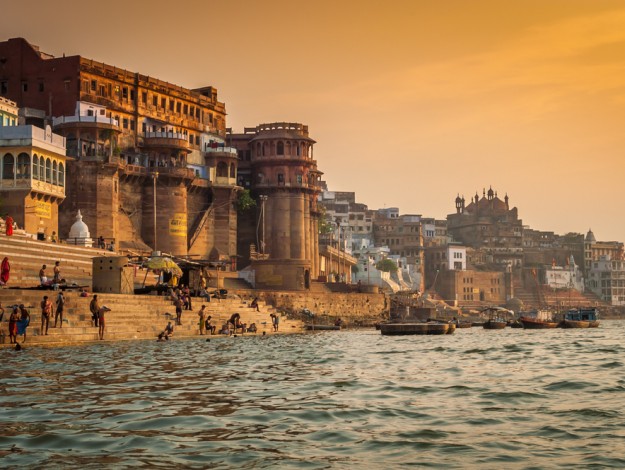 If a new plan by SpiceJet goes well, one of the oldest cities in India may be host to the newest mode of transport in the country. Varanasi, the resiliant city that has thrived by the holy Ganga River for centuries, may be the first destination to get a regular seaplane service in India. Ajay Singh, the chairman of SpiceJet, told TOI of the budget airline’s aim to begin seaplane services in 2018, and how the historic city could be the launchpad, connecting it to other nearby cities like Lucknow. ALSO READ: New Year 2018 Long Weekend near Bangalore: Best Getaways for December 31 Also Read - Don’t Treat Coronavirus on Your Own, Cooperate With Health Professionals: Top 10 Quotes of PM Modi

SpiceJet already demonstrated the seaplane in Mumbai on December 9, 2017, flying it from the city airport and landing it in Girgaum Chowpatty. Prime Minister Narendra Modi, whose constituency includes Varanasi city, also flew on the aircraft three days later in Ahmedabad. Come 2018, the seaplane that can land on water and smaller aerodromes across India may start flying routes once the aviation ministry forms its rules. Also Read - 'Mahabharata War Won in 18 Days, Coronavirus Fight Will Take 21 Days,' Says PM Modi During Interaction With People of Varanasi

Singh talked a little more about his plan, saying, “Scale is very important for launching seaplane service in a viable manner and we are working on that project. Each seaplane costs about USD 5 million and I am looking at placing an order for at least 100 planes. If the rules of amphibian planes are put in place, we can start getting the seaplanes from 2018 and begin service. A number of state governments are approaching us for having this service in their states.” NOW READ: Best Places near Mumbai for New Year 2018 Long Weekend
Also Read - PM Modi Interacts With People of Varanasi: Don’t Attempt to Treat Coronavirus Infection on Your Own

The seaplanes could fly routes to the Lakshadweep and Andaman islands, along with more remote parts of Rajasthan, Gujarat, Maharashtra and Northeast India. Singh said that Varanasi is ideal for the seaplane, thanks to the Ganga River. In fact, the original plan for the demonstration was for it to be held in the city, but SpiceJet couldn’t get the required permission from local authorities.