This Ram Navami, let's look at some interesting facts about the Sri Kodandapani Ramar temple in Tamil Nadu. 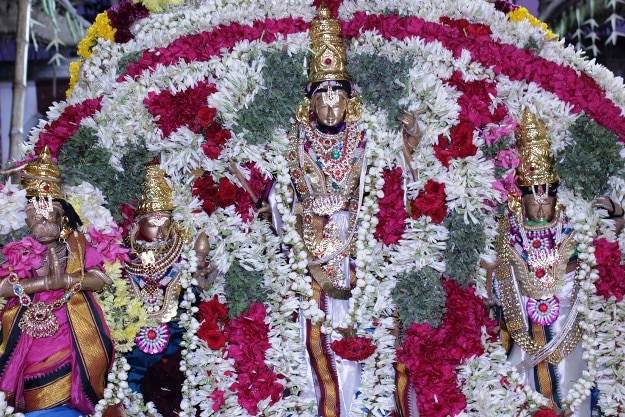 It is Ram Navami today, marking the end of the Chaitra Navratri festival and the birth of Ram, seventh avatar of the god Vishnu. The Ramayana is among the most important works of literature in Hinduism, documenting the tale of the virtuous prince Ram who would go into exile, defeat the Lankan emperor Ravana against all odds, and come back victorious with his wife Sita to take his place as king of Ayodhya. Ram Navami is celebrated in many places across India, but there is a temple tucked away in the Tamil district of Salem down south that celebrates the festival for some interesting reasons: the Sri Kodandapani Ramar temple in Tamil Nadu. Here is a look at some fascinating facts surrounding this little-known temple. ALSO READ: 5 famous Rama temples in India every devotee must visit Also Read - Exclusive: On Swara Bhasker's Birthday, Director Ashwiny Iyer Tiwari Talks About Her 'Gutsy' Friend

It is said to hold the footprints of Ram

The centuries-old temple, located in the town of Ayodhyapattinam in Salem, is said to hold the footprints of the Hindu god himself. It is said that Ram stopped to rest at the temple when he was making his journey back to his kingdom after defeating Ravana. He was travelling with Sita, along with his brother Lakshman and Hanuman, Vibishana and Sugriva. For this reason, you can see idols of all them at the temple, and a pilgrimage at the temple is not complete without offering prayers to the idols of Anjaneya, Bharata and Shatrugna. Also Read - 'Extend Lockdown Period Till April 30 to Contain COVID-19,' CAIT Writes to Centre

It has musical pillars

Tamil Nadu is called the Land of Temples for a reason. The state is full of temples built over the centuries; all of them ornately decorated in a display of the architecture of their respective eras. Each temple, while similar in its overall layout and profile to others, has its own story, and so does the Sri Kodandapani Ramar temple in Tamil Nadu. The temple is said to have pillars that produce melodious tones when you tap them, as a show of the ingenious architecture that was prevalent at the time. These musical pillars add to the venerative atmosphere of the temple, which is not as colourfully decorated or grand as other larger temples of Tamil Nadu, but still has its own unique charm. ALSO READ: Oldest temples in south India that you must visit
Also Read - Dream11 Team Prediction Managua vs Deportivo Ocotal Nicaragua League 2020: Captain, Vice-Captain And Football Tips For MNG vs OCO Today's Match at Estadio Nacional de Futbol 4AM IST

Poetry is inscribed onto the stones of the temple

The Sri Kodandapani Ramar temple, despite its modesty, is still an immaculately ornate temple. Its Gopuram (the tall structure that rises above the gateway) is not as tall as, say, the Meenakshi Amman temple in the temple city of Madurai or Ramanathaswamy temple in the island town of Rameshwaram. However, it is still around five stories high, and the single stone structure has several sculptures carved out, including those of a divine horse, lion, elephants and many gods and goddesses. The lion is located at the top of the stone, while the elephant is at the bottom. The stones of the temple are ornately decorated, with poems inscribed on them in praise of the gods.

It has a sculpture of the Madurai king Thirumalai Nayak 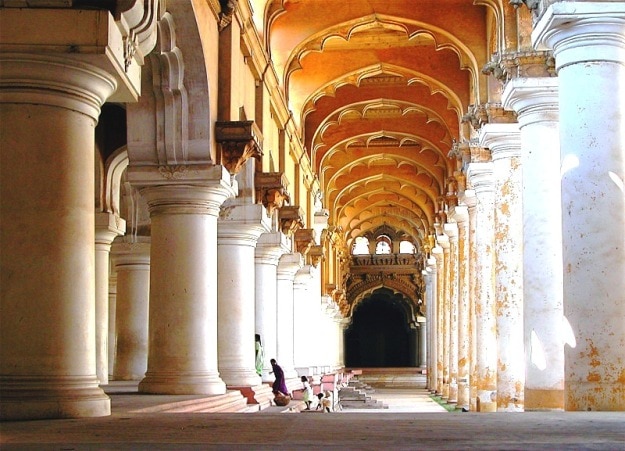 The carefully decorated Gopuram with several stucco statues, long corridors, and the several pillars of the mandapas come from the Madurai Nayak dynasty that ruled from 1529-1616 CE. And true enough, the Sri Kodandapani Ramar temple’s present form can be traced back to the king Thirumalai Nayak. The temple even has a sculpture of the king and his wife, immortalising his reign. Thirumalai Nayak was, in fact, the most popular and successful ruler of the Nayak dynasty, with a reign of 36 years. During these years, he contributed to several splendid temples and buildings in Madurai. It is said that Nayak simultaneously built the Sri Kodandapani Ramar temple along with the Tiruchengodu Murugan and Daramangalam Kailasanathar temple and the Thirumalai Nayak palace. As a result, a lot of the sculptures you see in all these sites are similar.

It has colourful, immaculate murals on its ceilings

The Sri Kodandapani Ramar temple consists of more than just stone sculptures. Venture inside, and you will find colourful murals on the ceilings that depict Hindu gods and goddesses. The murals are a beautiful sight, and only add to the spiritually rich ambiance within the temple. Despite the centuries, the colours remain as bright before. They make for a well-preserved window into the art and decorative style from an era when the region was regaining and rebuilding its glorious past after decades of destructive invasions and raids by the armies of the north. ALSO READ: Rama temples in Tamil Nadu worth visiting this Ram Navami

You may not realise it when you visit the Sri Kodandapani Ramar temple today, but the layout of the temple is such that rays of the sun penetrate into the Anjaneya shrine through holes on the doors during the purnima (full moon) of the Tamil month Chitirai (or Chaithra). Chitirai is interestingly the first month of the Tamil calendar falling in April-May, and the whole month is celebrated as Chithirai Thiruvizha. Today, buildings around the Sri Kodandapani Ramar temple stop the rays from entering the shrine, leaving you to only imagine the sight of the shrine basking in the stolen sunlight of the beginning of the year.

Ram is said to have been coronated in the temple

Let’s take a break from the beautiful yet relatively understated architecture of the Sri Kodandapani Ramar temple, and look at the folklore surrounding it instead. It was mentioned earlier that Ram and his companions had stopped at the temple during their journey back to Ayodhya. Legend has it that their stay at the temple resulted in a delay that would have caused them to miss the auspicious time for the coronation of Ram in Ayodhya. As a result, Ram had his coronation in the town itself, which is why the town is called Ayodhyapattinam. You can find scenes of the coronation sculpted onto the temple too. Because of this, it is said that you can get the same sacred benefits of visiting Ayodhya by praying at the Sri Kodandapani Ramar temple. ALSO READ: Sita temples in India that you may not know about