Star Wars Locations from Around the World

The trailer of Star Wars: The Last Jedi is out, and that means everyone is getting the Star Wars fever now. As travelers, we decided to commemorate the start of Star Wars season by looking at locations around the world where the movies have been shot. 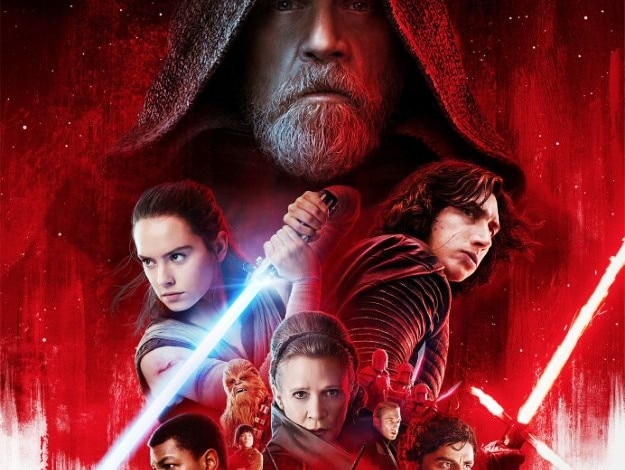 The new trailer of Star Wars: The Last Jedi, which came out a few days ago, has triggered this year’s Star Wars season that will end with the release of the film on December 15, 2017. With the hype train now officially chugging along, we decided to take the opportunity to take a few stops at some of the most iconic locations where the Star Wars films have been shot. ALSO READ: These are the top 12 destinations to watch out for in 2017 according to ABTA Also Read - Star Wars Actor Andrew Jack Dies of Coronavirus at 76 in Britain, Wife Says ‘He Slipped Away Peacefully’ 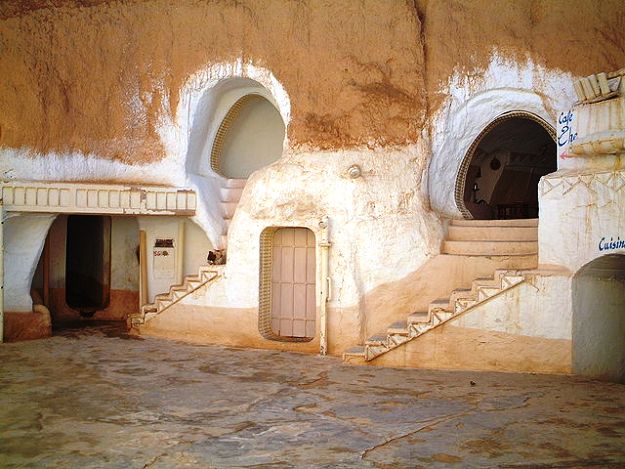 First stop, Tunisia, where Hotel Sidi Driss was once the home of young Luke Skywalker in A New Hope. The underground, cave-like structure was originally built by the Berbers several centuries ago. George Lucas chose the hotel as the setting for Skywalker’s home planet, Tatooine, and revisited the place for the 2000 prequel Attack of the Clones. The set design has remained, and the hotel is now arguably the most famous Star Wars locations among fans. Also Read - Star Wars Jedi: Fallen Order Review: Waiting we were, for this Star Wars game 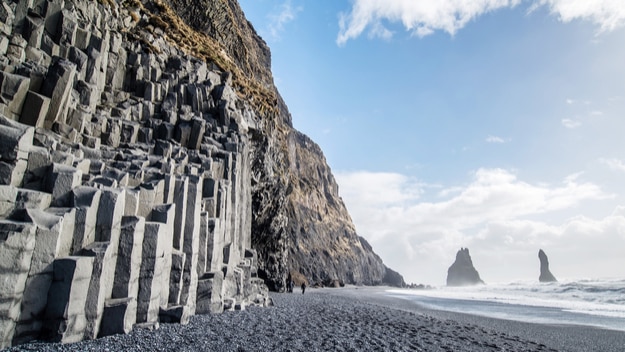 The black sand beach of Reynisfjara and the mount Reynisfjall, Iceland

Unsurprisingly, the out-of-this-world landscape of Iceland has also been used in Star Wars, among other science fiction films. The black beach of Reynisfjara along Iceland’s North Atlantic coast was used to portray the desolate planet of Eadu in the spin-off film Star Wars: Rogue One. It is in the facilities of Eadu that the plans for the Death Star were made by a team of scientists led by a hesitant Galen Erso, father of the film’s protagonist, Jyn Erso. Also Read - Fortnite is getting limited time Imperial Stormtrooper costumes 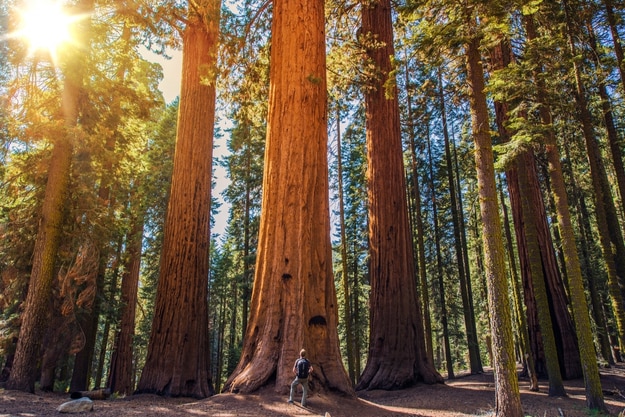 Giant Sequoias Forest and a tourist looking up

In Star Wars: Return of the Jedi, the final part of the original trilogy, our heroes find themselves being chased through the majestic forests of Endor as they race to disable the force field of the second Death Star. The tall trees that rush by are instantly recognizable as the massive Sequoias trees of California. Take a drive through the Redwood National and State Parks here to get a feel of the forest moon of Endor. 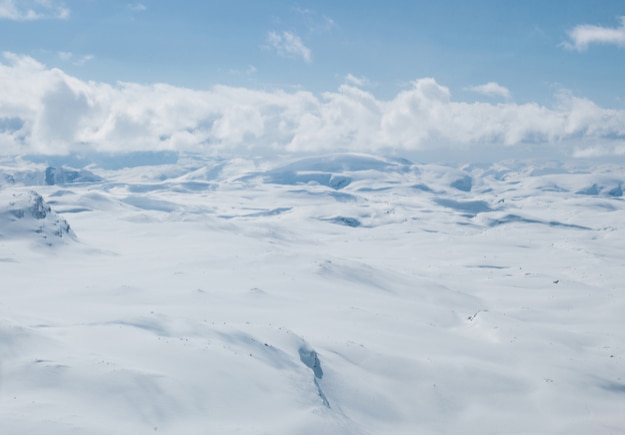 Star Wars: The Empire Strikes Back, probably the best of the film series, starts off in the deadly ice planet of Hoth. And standing in for Hoth was the frigid, icy landscape of Norway. Specifically, the snowy slopes and glacier near the village of Finse were used to shoot many of the outdoor scenes of Hoth. Head to the village in March and April, when the skies are clear and there is still snow, and you can see the exact shoot locations with the help of local guides. 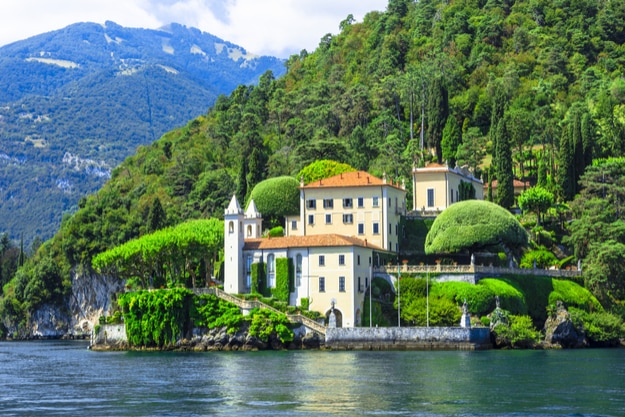 Brace yourselves, we’re going to talk about the prequels now. The lake retreat of Naboo seen in Attack of the Clones is actually a pretty popular honeymoon and wedding destination in Italy. Villa del Balbianello, which also features in the James Bond film Casino Royale, is reachable only by boat and lies at the end of a peninsula overlook Lake Como. CHECK OUT: Skellig Michael: Interesting facts about the stunning Irish island featured in Star Wars The Force Awakens 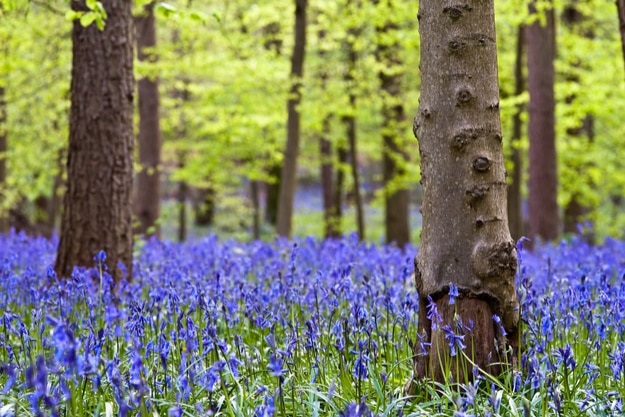 The planet of Naboo may have given us a lot of unpleasant memories – like a certain Mr. Binks – but there’s no denying that it was an exceptionally beautiful setting. The forests of Naboo, for instance, was shot at the majestic Whippendell Woods in England. 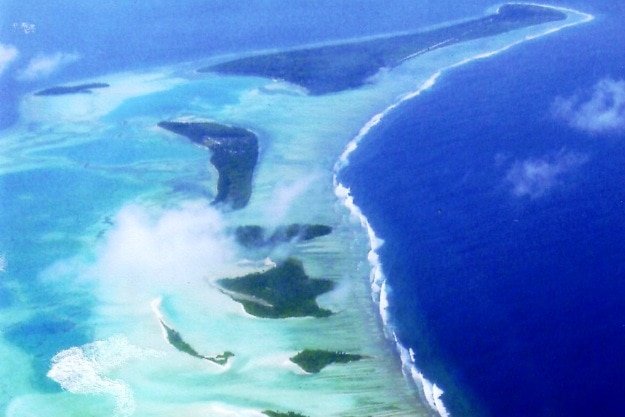 Let’s head back to Star Wars: Rogue One; this time to the beach planet of Scarif where the Death Star blueprints lie safe and secure with the Galactic Empire. The white sands, clear water and palm trees you see are of the Laamu Atoll, part of the Maldives. This group of small islands became the final battleground as the rebels fight and (spoiler alert) sacrifice themselves to get the Death Star plans out. 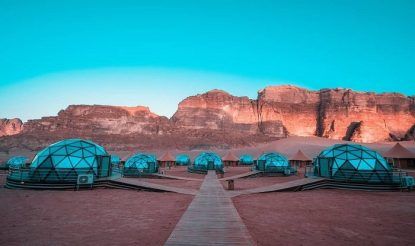 The barren sands of Wadi Rum in Jordan were also the perfect setting for the desolate remains of Jedha, the deserted home of the Jedi. Interestingly, the harsh, vast desert landscape of Wadi Rum was also used to portray the treacherous conditions of Mars in the film The Martian starring Matt Damon. NOW READ: Indian Beach bums crave cleanliness: Here are the Cleanest and safest beaches in the world 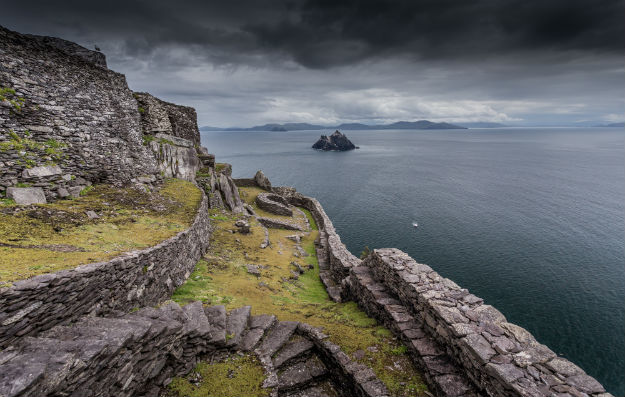 You’ll probably be seeing a lot of this place in The Last Jedi. The island of Skellig Michael off the coast of Ireland is home to the ruins of a 7th-century monastery. In Star Wars: The Force Awakens and upcoming The Last Jedi, the ruins are that of an ancient Jedi temple and where Luke Skywalker exiles himself. We don’t know what led him to this island, but what we do know is that Skellig Michael is a UNESCO World Heritage Site.