Stop whatever you are doing right now and watch this Royal Enfield Himalayan video!

New video released by Royal Enfield to promote the Himalayan takes you on a breathtaking journey. 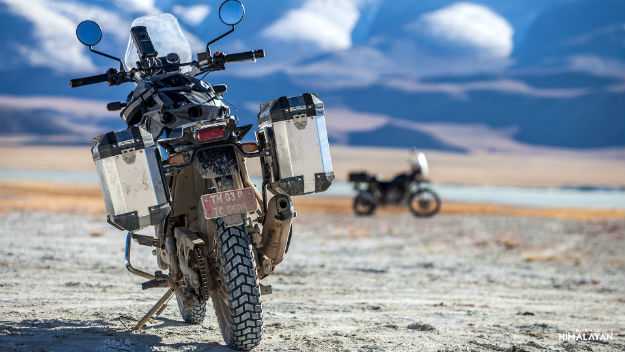 A cold, barren landscape, a headlight pierces through the thick fog, that familiar thump… and the bike emerges as if from nowhere, first as a tiny speck. “Journeys are not great or small,” a deep voice, the kind that’s laced with cigar smoke and fine scotch, tells us, “They just are.” And then the tiny speck reveals its full glory: the Royal Enfield Himalayan against the majestic mountains and breathtaking landscapes that are as intimidating as they are inviting. Arguably, India’s most awaited bike, Royal Enfield Himalayan sure knows how to make an entry. Also Read - Relief From Blistering Heat: Dust And Thunderstorm Likely Over Several Parts of North India on May 29-30, Says IMD

The new video that was released by the company recently, is like no other Indian bike advert we’ve seen. The all too familiar sound of the Royal Enfield machine, the towering Himalayas, the monks and the snow, the barren landscape and the roads that invites us all, stretching endlessly, not into the horizon but right into the heart of the majestic mountains… how can it not spark your wanderlust, that indescribable desire to travel, to explore, to go to a place that no one has gone before? Royal Enfield Himalayan celebrates the mountains, it celebrates the spirit of the explorer and it celebrates the lives of women and men who refuse to take the well-trodden path. What are you waiting for? Go forth. Explore! Because sometimes… ‘the first step is the final frontier’.

ALSO SEE This video of Royal Enfield Himalayan against stunning Ladakh landscapes will take your breath away!

Have something to add to the story? Post your comments in the discussion board below or write to travel@corp.india.com. We will be thrilled to hear from you!