Asim Khan was in the country at the invitation of Taiwan's Ministry of Foreign Affairs. 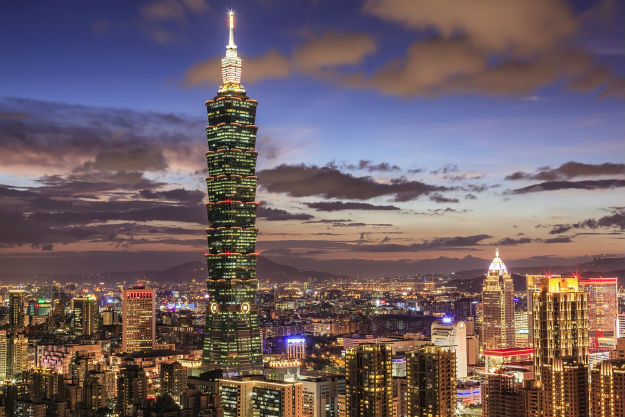 This is a city which has grown upwards. There are plenty of skyscrapers around. But the builders have also dug deep under the city to set up a labyrinth of shops. There are several underground malls and markets like the one under the Taipei City Station — which is part of the network of buses, metro and high speed trains. ALSO SEE Taiwan is a hidden gem with loads to offer to Indian travelers! Also Read - 5 Best Instagrammable Experiences to Have in Asia in 2019

If you are not a frequent visitor to the Taiwanese capital, you can easily get lost in the underground space, unless you ask for directions from the locals. The shops here sell clothes, footwear, cosmetics, toys, watches, video games, a few electronic items and other tit-bits. Also Read - China Urges US to Withdraw Arms Sales, Sever Military Ties With Taiwan

This market is relatively cheaper than most city malls. But there’s a catch — you must know Mandarin, the major language of discourse. On the first day, I had to return from the market frustrated. The language barrier had thwarted my hopes of striking a deal.

Two days later, young Sunny Che, who was facilitating things for the visiting media group on behalf of the Ministry of Foreign Affairs of Taiwan, accompanied me to the high-speed train station for a visit to the Biomedical Development Board in Hsinchu town, about 85 km to the west. We had an hour before the arrival of the train.

I requested Sunny to help me buy a few things at the underground market. She was a little amazed when I started haggling, even managing to get some deals. “Do you always haggle when you go shopping in your country?” she asked with a mix of surprise and curiosity. “Well, yes,” I replied. “Don’t you do that?” 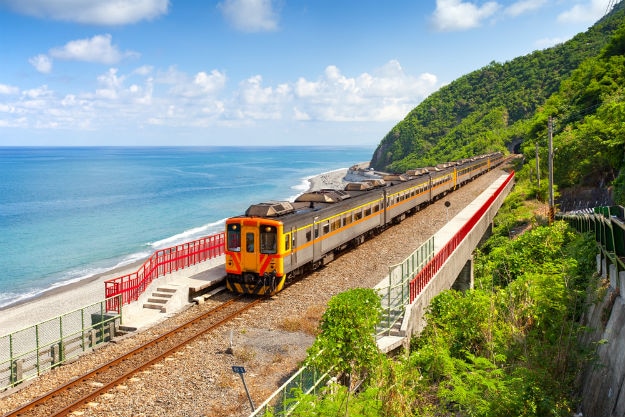 She told me that they did not haggle over prices. “We look for a different kind of bargain, such as something free along with our purchase. But surely we don’t bargain,” she said.

Shopping had taken up most of the hour and we rushed to the platform. The bullet train arrived exactly two minutes before its departure time. We would have missed the ride had we not run all the way from the market, and had the people riding the escalators not stood by one side to allow those in a hurry to rush by.

That is true everywhere in Taiwan. Commuters always stand on one side of the escalator, be it in a station, a mall or a tourist attraction. Nobody jumps a queue, either — a politeness which is almost a second nature to the Taiwanese.

We took the 300 km-an-hour train to Hsinchu, and after finishing our work boarded another bullet train to Taichung — further south. Our destination was the Qingjing Farm in the Ren’ai hills. A bus from the station took us to the guest house for an overnight stay in the hills.

The next morning we reached the farm which was established in 1961 to settle demobilised soldiers, but is now a tourist destination. For a small country, Taiwan has many attractions to offer, from beaches to hills and from skyscrapers to sprawling farmlands.

The country is gradually, and steadily, appearing on the global travellers’ map. I realised this after landing at the Taipei airport. A large board there displays the “Welcome” sign in more than a dozen languages, including Urdu. “Khush Aamdeed” in Persian script held promise of many good things to come. CHECK OUT Mrunal Thakurs Beach Photos Will Make you Want to Head to Taiwan

Taiwan is also welcoming immigrants. An assistance policy in place since 2013 provides living and medical assistance, health insurance and language training to those who legally land here, although the largest chunk of immigrants — 66.61 per cent between 1987 and February 2018 — has been from the People’s Republic of China, or “Mainland China” in local parlance. 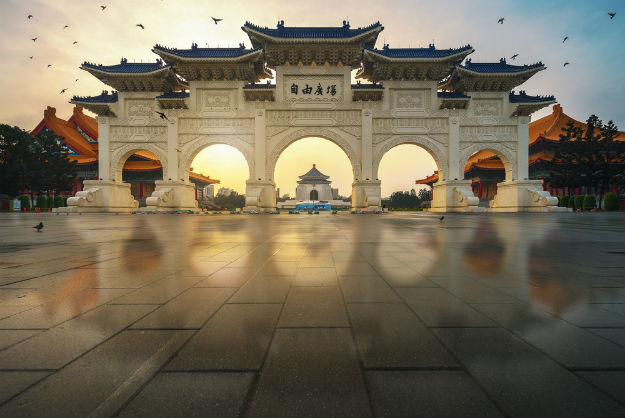 The high migration from China can be interpreted as mainland Chinese seeing greener pastures in the island across the East China Sea or a bid to effect a demographic change.

Back from the hills the next day, we visited the Shilin night market, one of the most famous in Taipei. The market starts after 7 pm and shops and stalls remain open till well past midnight. You can find delicious roadside food, clothes, bags, shoes, phone accessories and electronic items. The young throng the night market more for fun and food than for any serious shopping.

Any touristic visit to the country includes the mandatory trip to Taipei 101 — the skyscraper which was the world’s tallest building from 2004 to 2010, when it was superseded by Dubai’s Burj Khalifa. You are whisked to the observatory on the 89th floor in just 37 seconds, which is a vertical speed of 60 km per hour.

One can view the entire city from the observatory and buy food, drinks and gift items — at the usual “elevated” prices. Owned by Taipei Financial Center Corporation, the building stands as a symbol of the country’s economic development.

(Asim Khan can be contacted atmohd.a@ians.in)