The Indian government is considering a limit on the time that visitors can stay at the Taj Mahal complex, and how many can visit the famed monument every day. 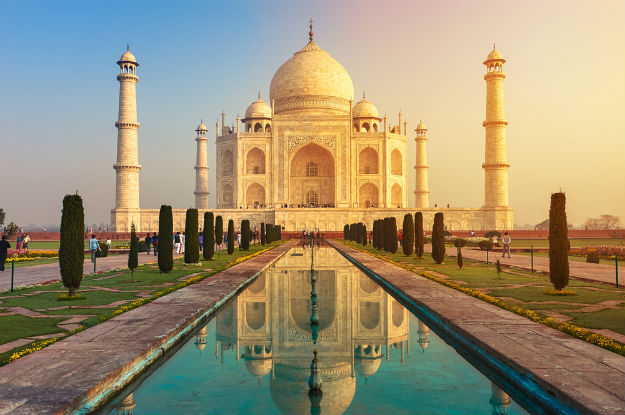 For centuries, the Taj Mahal of Agra has caught the wondrous gaze of visitors. It is, in many ways, a symbol of India in itself, no mean feat in a country this diverse in culture and heritage. And the visits have not ceased or slowed down in all these years. Around 70,000 visitors throng the gardens around the Taj Mahal and the structure itself on the best days. Crowd management has, in fact, been quite a problem given how delicate the 300-plus years-old monument is. But a projected plan to solve this problem may be a problem for the Taj Mahal’s awestruck visitors. ALSO READ: Best International Destinations to Visit in January 2018 Also Read - Nepal Tables Controversial Bill in Parliament For New Map Amid Border Dispute With India

A Times of India report has suggested that the Indian government may be planning to put a limit on how many local visitors can visit the Taj Mahal every day, to solve concerns about the conservation of the monument and safety of the people. The suggested plan may cap the number of Indian visitors to the Taj Mahal at 40,000 per day, and this is expected to go into effect on January 20, 2018. Foreign tourists will not face any such restrictions, though. The ASI is also exploring a three-hour cap on the validity of a ticket. Also Read - Unlock 1 in Haryana: Faridabad to Follow Existing Guidelines For Now, New Directions Tomorrow

The planned restrictions on Indian visitors were decided in a meeting between Mahesh Sharma, the cultural minister, and Archaeological Survey of India (ASI) representatives and other top officials. Other efforts to reduce or manage the massive crowd sizes were also discussed. Under the upcoming rules, up to 20,000 Indian residents will be able to visit the Taj Mahal between sunrise and noon, and another 20,000 between noon and sunset. Those looking to get past the cap on local visitors will have to pay the price of a foreigner’s entry ticket, which is INR 1,000. NOW READ: Festivals and Events in India in January 2018 to Kick off a Year of Travel
Also Read - Star Sports Brings The Best of IPL Rivalries This June

Efforts to restrict the number of visitors to the Taj Mahal were reinvigorated after a stampede at one of the gates injured five people. Conservation efforts have also been ramping up, with toxic air from Agra city affecting the ivory-white marble facade of the monument of love.