Taking a Pilgrimage to Shirdi? Here Are 10 Things You Absolutely Need to Know!

From where to stay to where to park your car, we've got it all! 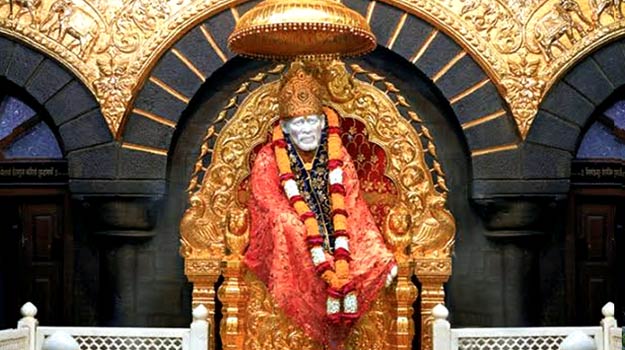 Shirdi is located about 300 km from Mumbai and is best known for its shrine of the saint known as Sai Baba. The pilgrimage town welcomes thousands of devotees every day throughout the year. In the winters, devotees walk from various parts of the country to pay their respects to Sai Baba. His shrine, the Sai Baba Samadhi Mandir, lies at the heart of Shirdi’s economy. It is believed that Sai Baba arrived in Shirdi at the age of 16 and remained there till his death in 1918. Also Read - Shirdi Observes Indefinite Bandh Against CM's Remark, Sai Baba Temple Opens as Usual

Having found shelter in Khandoba temple, Sai Baba met Mahalsapathi who was the first to address him by that name. A spiritual guru, Sai Baba believed that faith and compassion were the two most important attributes one must have to attain godliness. The Sai Baba Samadhi Mandir was built in 1922, four years after his death to continue carrying on his message. The temple was originally owned by a Nagpur millionaire, Shrimant Gopalrao, who was a devotee of Sai Baba but is now owned by a trust that also manages the day-to-day affairs. Also Read - Shirdi to be Closed Indefinitely From January 19 Against Maharashtra CM's 'Birthplace' Remark

Made entirely of white marble, the hall of the temple can accommodate over 600 people. The temple is open to devotees from 5 am to 10 pm and there is literally no time of the day when the hall isn’t packed. By some estimates, Shirdi receives anywhere between 60,000 to 100,000 visitors a day. The temple is open overnight on special days — Gurupoornima, Dussehra and Ramnavami. Here’s a quick list of ten things you absolutely need to know if you’re traveling to Shirdi. Also Read - Sai Baba Devotees Will Soon be Able to Book e-tickets at irctc.co.in; Government to Launch Facility Tomorrow

1. What is the best time to visit Shirdi?

Thursday is a special day of worship and you can expect extra crowds on this day. The temple also tends to get crowded over the weekends when several families make the trip to the pilgrimage town from nearby cities. The temple receives maximum devotees during Gurupoornima, Dussehra and Ramnavami. Winter (December to February) is a good time to visit the temple because summers (March to May) tend to be cruel.

2. What is the best time of the day to visit the Shirdi Sai Baba Temple?

The temple remains open between 5 am and 10 pm. However, the Kakad aarti that is performed at 5.15 am, is particularly popular among the devotees. During the aarti, butter and sugar are offered to Sai Baba in the Samadhi Mandir. There are three other aartis held during the day – one at 12 noon, the Dhoop aarti at sunset and the Shej aarti at 10.30 pm. Devotees queue up for hours before the aarti begins to get the best view of the idol.

3. Where to stay in Shirdi

There are several places to stay around the temple that offer very reasonable prices. With both AC and Non AC rooms, the rooms range from Rs. 1000 upward. There are several Dharamshalas in the area as well that offer accommodation for very minimal rates. The Shirdi Sai Baba Temple Trust itself has accommodation facilities for tourists, the Dwarawati Bhaktiniwas that has 334 rooms and the New Bhakta Niwas which has 542 rooms for which no advance booking is required. However, be careful while dealing with local agents who will try to charge exorbitant rates. Some of the hotels are:

4. Where to eat in Shirdi

Restaurants around the town are plenty and serve delicious food. Being a temple town, Shirdi does not have any non-vegetarian restaurants. Around 15 minutes away from the temple is Sai Bhandara that serves food at subsidized rates. Some restaurants in Shirdi are:

5. Are there washrooms in Shirdi?

Yes! As a matter of fact, there are plenty of clean washrooms along the way to the temple. The temple administration has also constructed special feeding rooms for mothers who queue up for hours to enter the temple.

6. Best way to get to Shirdi

Located about 300 km from Mumbai and some 120-odd km from Nashik, a pilgrimage to Shirdi is often clubbed with one to Nashik’s Trimbakeshwar temple. Being so close to Mumbai also makes it a popular weekend getaway for the spiritually inclined. Shirdi is well connected from almost every major public transport terminal not just in the state but also from select cities in Gujarat and Karnataka too. Private operators also run air-conditioned buses that make Shirdi very easy to access at all times of the year. Typically it takes close to eight hours to reach Shirdi from Mumbai, so you could consider opting for a night bus. The airport at Aurangabad is about 125 km away. Sainagar Shirdi is the closest railway station to the pilgrimage town with at least a dozen trains halting at various times of the day connecting it to cities as distant as Kolkata in West Bengal, Puri in Odisha, Visakhapatnam in Andhra Pradesh and Mysore in Karnataka.

7. Where to park your car in Shirdi

Paid parking is available very close to the temple premises. If you’re early enough, you’ll get your choice of parking and be at the front of the line. Hotels in the area have their own parking spaces as well.

8. Is there a way to skip the queue at Shirdi?

Of course there is! Queues to reach the Sai Baba Samadhi Mandir are exceptionally long and can take hours on a good day. However, if you aren’t up to sweating it out in one, you could pay your way to the shrine, officially. All you need to do is fill up an online form that will cost you Rs 100 (or Rs 500 if you want to attend one of the aartis). The temple complex also has special queues for senior citizens and persons with disabilities.

Coconuts cannot be carried inside the premises of the temple. Roses are sold by the vendors outside the temple to give as an offering to the saint.

With all these tips, we hope your trip to Shirdi is a safe and successful one.