Tallest Hotel in the World Opens in Dubai, Overtaking Another Hotel in Dubai

Dubai has another world record in its belt. This time, it is for the world's tallest hotel. 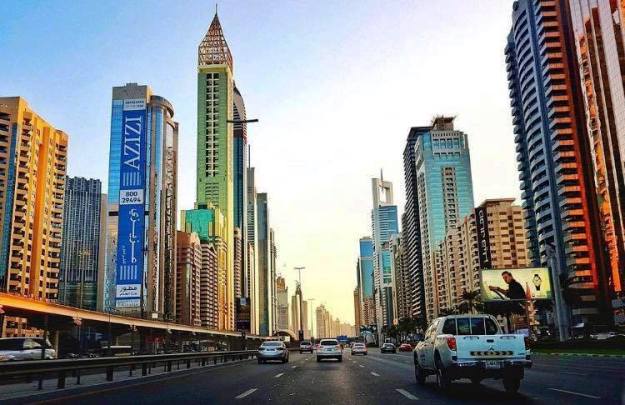 At the famed Shaikh Zayed Road in Dubai, a new landmark has opened and a new world record has been set. The new Gevora Hotel now holds the record of the tallest hotel in the world, located around 346 meters high. Not surprisingly, the previous record holder also lies in Dubai, just down the road from the new one. The JW Marriott Marquis is just a meter short of the Gevora Hotel. Built by the Al Attar Group, the hotel’s claim has already been certified by the Guinness Book of World Records. ALSO READ: Emirates to Launch Services from Dubai to Santiago de Chile via Sao Paulo in July 2018 Also Read - Indian Expat Stranded At Dubai Airport After He Fell Asleep & Missed His Flight Back Home

The Gevora Hotel is a 75-storey property and the first hospitality venture by the group. With 528 rooms and rates of around DHR 600 to 2,000 per night (INR 10,400 to INR 35,000 approximately), this is obviously no budget accommodation option. The hotel hopes to largely cater to business travelers, especially since it is so close to Dubai’s business and financial district. But we are sure that it will attract a few curious travelers as well who want to stay at the tallest hotel in the world. Also Read - Watch | Dubai's Burj Khalifa Lights Up to Alert Residents To 'Stay Home, Stay Safe' Amid COVID-19 Pandemic

The developer has bigger plans for the Gevora Hotel. There will be another hotel somewhere in Dubai’s Telecom area next, and another one is being planned. But the spotlight is on this record-breaking property at the moment. Driving down and through the famed Shaik Zayed Road, you won’t be able to miss the towering structure that looks quite a bit like the famed Big Ben clock tower of London, sans the clock. It took four years to build the hotel, and the operators are fine-tuning the processes at the moment. NOW READ: Important things to know while applying for visa to Dubai
Also Read - Trending News Today March 17, 2020: Indian Man Murders Girlfriend, Drives Around Dubai With Her Dead Body in Car’s Front Seat; Picks Meal on The Way

The previous record holder, the JW Marriott Marquis, still has more rooms than the Gevora. It is a twin-tower structure with more than 1,600 rooms, built at a cost of around INR 31.48 billion. The first tower opened in 2012 and the second one a year later. Now, with the Gevora, Dubai has four of the world’s tallest hotel towers. Ranking in at number four is another Shaikh Zayed Road property: the Rose Rayhann by Rotana Dubai. And there is, of course, the famed Burj Khalifa that stands 830 meters tall, but is a mixture of offices and private residences too.