Tea, Toy Train And Memories From Queen of The Hills – Darjeeling!

It is a favoured tourist destination, noted for its scenic beauty and the mountain panorama that it provides. 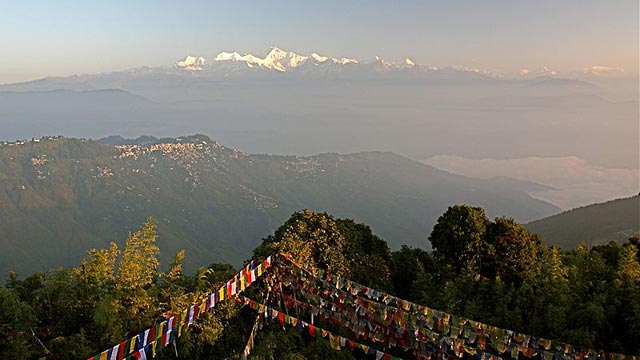 Kangchenjunga! I parted the window curtains of my hotel room in the morning and there it was! The entire range in full view Beautiful and majestic. Snowcapped, dazzling in the sun! The glimpse of this famed peak has never failed to intrigue me with its mysticism. But this was the first time when it greeted me like this, bright and clear through my hotel window in Darjeeling. No arduous trips required to Tiger Hill or Sandakphu in the wee hours of the morning, Kanchenjunga was right there in front of my eyes. Also Read - BJP Local Leader Shot At In West Bengal's Nadia District, Party Blames TMC

The Queen of the Hills as Darjeeling is popularly called, is located in the Lesser Himalayas at an altitude of 6710 ft. It is a favoured tourist destination, noted for its scenic beauty and the mountain panorama that it provides. Also Read - Asol Poribartan Will Be Done in Delhi: Mamata Banerjee Replies To PM Modi Ahead of Bengal Polls

Kangchenjunga is the world’s third-highest peak with a height of 28,169 ft, located on the boundary between Nepal and the Indian state of Sikkim. Though it is not clearly visible often from the main town, a trip to Tiger hill at the summit of Ghoom, ensures great views. If you are lucky, you might even catch a glimpse of the mightiest of them all – Mt Everest. Also Read - Mamata to Contest From Nandigram, Releases List of 291 Candidates; 50 Women, 42 Muslims in TMC List

Ghoom is 11 km from the town of Darjeeling and can be reached either by car or by foot through Chowrasta, Alubari or Jorebangla and then climbing up the incline to the summit which takes about two hours at an easy pace. Sandakphu at 11929 ft is another spot that provides one of the best views of Mts. Kangchenjunga and Everest. It is the highest peak of West Bengal, at the edge of the Singalila National Park in Darjeeling district on the West Bengal-Sikkim border. 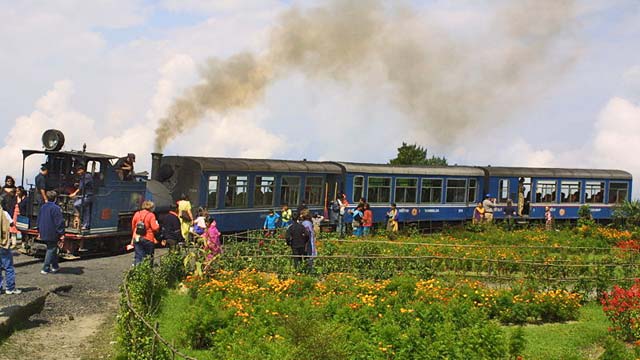 Darjeeling Himalayan Railway, also known as the “Toy Train”, is listed as a World Heritage Site.

An overnight train journey from Kolkata to New Jalpaiguri and then an uphill drive of about four hours brings you to this quaint mountain town. Darjeeling is noted for its tea industry. Extensive tea plantations were done in this region during the British colonial period and tea growers developed hybrids of black tea and created new fermenting techniques. As a result, Darjeeling tea is internationally recognized for its distinctive flavor and aroma and ranks high among the best known black teas worldwide.

Since childhood, this was my umpteenth trip to the Queen of the Hills. It started with family trips, owing to the usual love of Bengalis for their favourite hill station. But Darjeeling always meant much more to me; it welcomed me in different ways through the various phases of my life.

As a child, Darjeeling was all about ice-creams at the Mall and trips to my most preferred zoo, the Padmaja Naidu Himalayan Zoological Park. Later, the green hillsides, the surrounding peaks in the clouds, a walk in the foggy woods, hazy sunny mornings spent on the Keventers rooftop café stuff that romance novels are made of for the teenage heart. 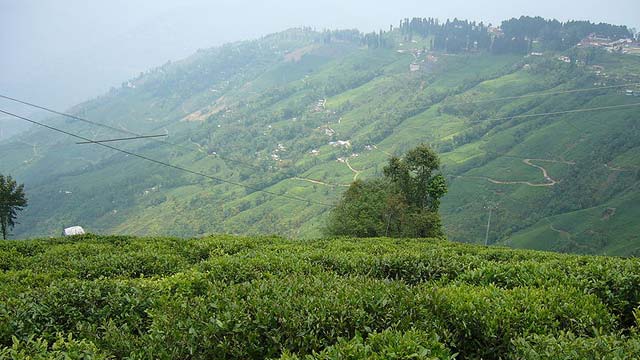 More recently, when tired of the pressures of work and life, all I need is a few days of rest and wanderings in this peaceful town to recharge myself. More so; as Darjeeling means nostalgia. Though much has changed over the years, yet the nooks filled with memories still remain.

In all these years, this was my first trip to Darjeeling in the winter. Hence, a bright, sunny, yet bone-chillingly cold town greeted me. I had seen Darjeeling in the summers, in the monsoons, in autumn; each season has its own special characteristic in this place. But this trip I will remember forever as winter was extra special. In no other time of the year, are the mountain peaks so clearly visible and the hillside so colourful.

What completed my trip this year was a ride on the toy train after years from Darjeeling to Ghoom! The Darjeeling Himalayan Railway, which is a narrow-gauge line, was laid to connect Siliguri to Darjeeling. But owing to frequent landslides, most of this route is unusable today. 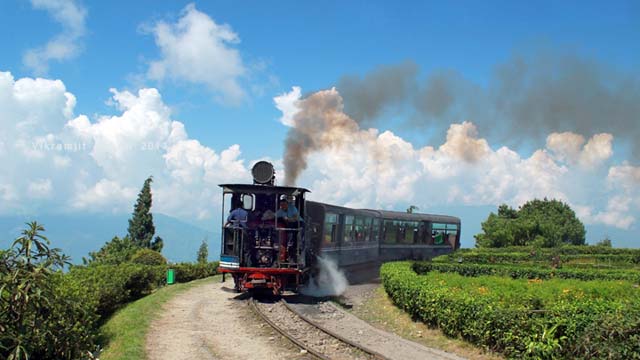 However, there is a daily Kurseong-Darjeeling return service and regular tourist trains from Darjeeling to Ghoom. The Darjeeling “Toy” Himalayan Railway was declared a World Heritage site by UNESCO in 1999. This railway is of historical importance for playing a vital role during World War II, by transporting military personnel and supplies to the numerous military camps around Ghoom and Darjeeling.

Ghoom is India’s highest railway station. The ride to Ghoom through the magnificent Batasia loop is one of the high points of any vacation to Darjeeling. This place provides a 360-degree vista of Darjeeling’s landscape including the hill town and the snow-covered peaks of the Eastern Himalayas with the majestic Kanchenjunga on one side. And all this from the middle of a lovely garden with flowers around which the toy train track is laid.

Trips to Darjeeling are like going back in time, to refresh and rejuvenate with the simple and childlike pleasures of life. The familiar lanes, shops, restaurants, hotels all promise a fun-filled stay. As I drive down from the summit to the foothills to board my train from New Jalpaiguri station, the sadness of leaving this dear place is tinged with warmth, as I know that this town will always give me a warm welcome whenever I visit.