On the occasion of Teacher's Day 2017, we take you to Dr. Sarvepalli Radhakrishnan's birthplace Thiruttani, a small town in Tamil Nadu. Here are some interesting facts about the place that is home to Dr. Radhakrishnan as well as the lovely Thiruttani Muruga temple. 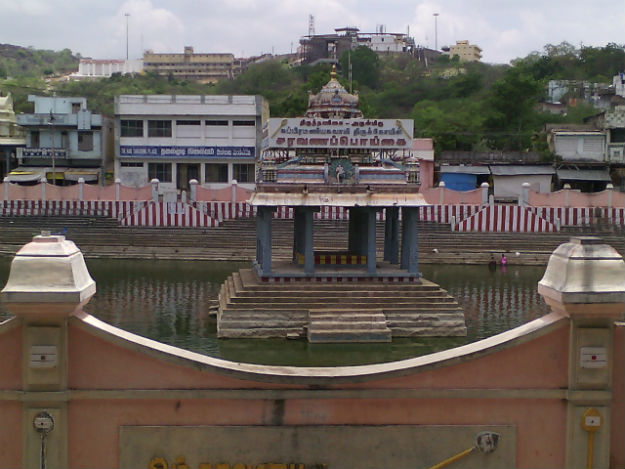 Today is Teachers Day 2017. In India, Teachers Day is celebrated on September 5 every year to mark the birth anniversary of Indias first President Dr. Sarvepalli Radhakrishnan. Not only was Dr. Radhakrishnan one of Indias most distinguished scholars, he was also someone who believed that it was imperative to develop the minds of teachers in the country. Dr. Radhakrishnan was also Indias second President after Dr. Rajendra Prasad. He has been credited with playing a huge role in shaping the understanding of Hinduism in the West. Just as intriguing as the deeds of Dr. Sarvepalli Radhakrishnan, is his beautiful birth place in Tamil Nadu. Not many people know that Dr. Radhkrishnan was born in a lesser-known town, Thiruttani, located on the outskirts of the south Indian state of Tamil Nadu. On the occasion of Teachers Day 2017, lets look at some interesting facts about Thiruttani, the great Dr. Sarvepalli Radhakrishnans birthplace.Also Read - Chennai School Divides Students Into Batches on Caste Lines to Follow 'COVID Protocol'

While Thiruttani is in Tamil Nadu, it is extremely close to major cities of other states too. It is located just 78 km from Chennai, 254 km from Bengaluru in Karnataka, 65 km from Tirupati in Andhra Pradesh. Also Read - Why Indians do not Prefer to Work as Teachers? Know Mind Blowing Facts About Education in India

There is some mythological significance associated with Thiruttani too. Legend has it that famous Hindu deity Lord Muruga (also known as Lord Karthikeya) halted at Thiruttani with his entire army. It was one of his arupadai veedu or six halts. Also Read - P V Sindhu Shares Teacher’s Day 2017 Special Video Paying Ode to Her Coach Pullela Gopichand

One of the major attractions of this little town is the revered Thiruthani Murugan temple. Located on a hill, the temple has 365 steps that lead to the main shrine. It is this temple that is called the Arupadaiveedu, one of the six abodes of Karthikeya. The temple has held great significance since ages, having been patronized by Vijaynagar rulers. Apart from a shrine dedicated to Lord Muruga, the temple also has two other shrines dedicate to Valli and Deivayanai respectively.

Thiruttani is best visited during the festivals celebrated at the Thiruttani Muruga temple. The festivals of Aadi Krittikai and New Year Step Festival (held on 31st December) are celebrated with great pomp here and gives you an excellent peek into the culture of this town.

One of the striking facts about Thiruttani is that it is one of the few places of the country where there are more females than males. According to the 2011 census, Tiruttani had a population of 44,781 with a sex ratio of 1,003 females for every 1,000 males. Indias national average of females is 929 so Thiruttani is well above it.

So, next time you plan to visit Tamil Nadu, consider a visit to this lesser-known town with a beautiful temple worth checking out. Not to forget, it is where one of Indias most prominent personalities ever was born.