The famed beer festival, claimed to be the largest in the world, will run all the way up to October 3, 2017 after kicking off in Munich, Germany on September 17. Oktoberfest 2017 is expected to bring in around six million visitors. 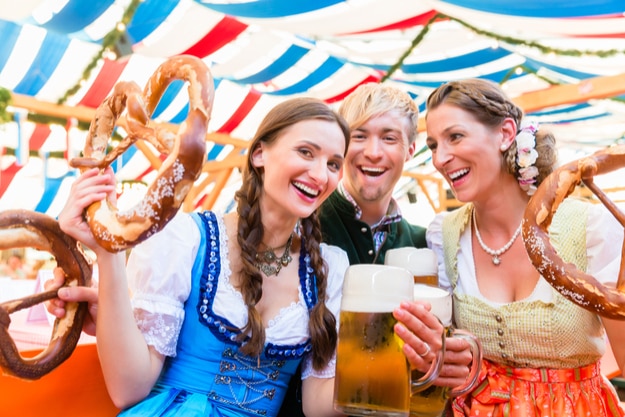 For the 184th time, the annual Munich Oktoberfest kicked off in the city of Munich, Germany, with thousands joining in and sharing cheer despite the rains. While the rains poured over Munich, citizens and visitors of this incredible city poured themselves beer to cheer the start of the Oktoberfest, which began on September 17, 2017 and will run up to October 3. As many as six million visitors are expected to come to Munich for what is considered to be the largest beer festival in the world. CHECK OUT: Oktoberfest: An excuse to get drunk Also Read - German State Finance Minister Commits Suicide Amid Fears of Financial Impact of Coronavirus Pandemic

Oktoberfest 2017 is going to come with some new twists. To make things easier, there is now a mobile app that you can download and use to find nearby available tents to bunker down for the nights of Oktoberfest. The largest of the tents that have been set up in Munich for the festival can fit as many as 10,000 people, so the app should be really helpful. But there’s a bit of bad news too: the booze has got more costly. Specifically, a liter of beer has gone up 25 cents from last year, up to EUR 10.95. ALSO READ: Raising a toast at Oktoberfest Also Read - Coronavirus: Angela Merkel Tests Negative, To Undergo Further Checks

That should translate to a lot more money; the 2016 Oktoberfest saw around 6.6 million liters consumed in two weeks. And that’s despite a drop in festival attendance after the 2016 terror attacks in Europe that happened around the same time. But terror threats are not playing spoilsport this year at the Oktoberfest 2017, and neither is the rain. Security has been boosted for the festival, with all large bags and even backpacks being banned. If you plan on traveling there soon, you need to check what restrictions are in place beforehand. There are 200 more guards watching over the entrances this year, and a new loudspeaker system has been set up for alerts in English, German and Bavarian. Also Read - COVID-19: Angela Merkel Goes For Self-quarantine After Meeting Virus-infected Doctor