The First Dark Sky Reserve in USA is in Idaho 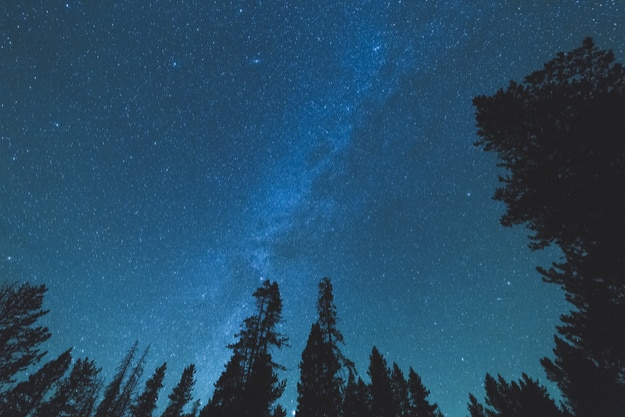 Milky Way in night sky over tall trees in forest

As of this week, the world has a total of 12 dark sky reserves, places where astronomers and stargazers can catch an undisturbed, unobstructed view of the expansive Milky Way and the stars and other interstellar objects visible from Earth. These dark sky reserves are determined by the International Dark Sky Association (IDA), which recently approved the 12th reserve and the first one in the US: the Central Idaho Dark Sky Reserve. ALSO READ: Best Places near Mumbai for New Year 2018 Long WeekendAlso Read - Flying to US From India? Check Travel, Vaccination Status And Covid Test Requirement Here

J. Scott Feierabend, the Executive Director of the IDA, said that the creation of this new dark sky reserve is remarkable for two reasons. One for the mere fact that such a place exists in the US that offer such incredible dark night skies, and two for the impressive efforts taken to protect the region. The Central Idaho Dark Sky Reserve is the third-largest reserve in the world, covering a 1,416 square miles, including some of the Sawtooth National Forest and Stanley Lake. Also Read - Patna, Delhi, Lucknow And 7 Other Indian Cities That Share Names With Popular Foreign Destinations

The IDA requires that a dark sky reserve offer an exceptional view of the night sky, stars and the nocturnal environment, and the reserve seems to offer exactly that, with zero light pollution or any other obstruction to the night sky view. The mountainous terrain of the reserve meant that it largely remained devoid of electrification and, consequently, artificial light sources. Some parts of the park are even devoid of electricity or cell phone signal. NOW READ: Best Places to Celebrate New Year 2018 in India
Also Read - USA, Russia And Maldives Among Top 10 Most Searched International Travel Destinations by Indians

The IDA, formed in 1988, does more than recognize dark sky reserves. It is also the official body of dark sky parks, sanctuaries and communities, and has been working with communities to combat light pollution since 2001 through the Dark Sky Places program.