The First Ship of Virgin Voyages will be Adults-Only

Sir Richard Branson was in Genoa, Italy for the keel-laying ceremony of the first ship of Virgin Voyages, set to sail in 2020. But kids won't be invited on this ship. 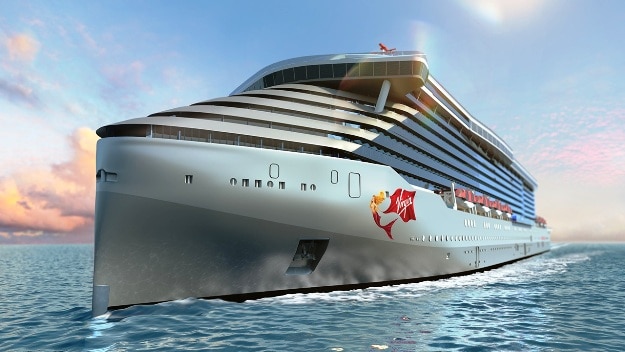 Sir Richard Branson’s life has taken him through plenty of seas, but his first ever cruise ship venture has only set sail recently. He was at the Fincantieri shipyard in Genoa, Italy to lay the keel of the first ever ship of Virgin Voyages, which is scheduled to launch in 2020. The ship, according to Branson, is beyond his expectations, with more than 93 percent of cabins promising an ocean view and 80 percent boasting of a terrace. But before you dream of a family cruise aboard the Virgin Voyages ship in 2020, there’s one thing to know: kids won’t be allowed. ALSO READ: The Worlds Largest Cruise Ship, MS Symphony of the Seas, Will Set Sail in 2018 Also Read - Shocking Video of Violent Brawl on Carnival Legend Cruise Ship Goes Viral

In a move that is completely against the established norm, Virgin Voyages will not allow passengers under 18 years of age to step up the gangway and stay in its futuristic-looking yacht-like cruise ship. The ship, which is currently being built at the Fincantieri shipyard, looks very unlike the bulky cruise ships sailing the seven seas today. It is sleek and futuristic and, according to Virgin Voyages, ‘Adult by Design’. And it is one of three ships in the pipeline. Also Read - Pocket-friendly international cruises in less than Rs 21,000

Branson said that the Adult by Design concept was decided because the idea was to deliver fun, relaxation and rejuvenation. But although the other two ships are just as futuristic as the first one, it’s not clear whether the adult-only policy will extend to them. A Virgin Voyages spokeswoman said that the age restrictions on the other ships haven’t been decided yet.

The Virgin Voyages project came into existence in 2014, with plans for the three ships announced in 2015. Back then, CEO and President Tom McAlpin sought feedback from the cruise ship passenger crowd to build the ‘ideal ship’. The result is what we’ll hopefully see in 2020, but it certainly doesn’t seem child-friendly. The move to focus more on adults is an approach similar to smaller, higher-end luxury yachts, thought they don’t really stop kids from joining in on the fun. NOW READ: Four days of sea, breeze and one Royal cruise experience!

Larger, more accessible cruise ships generally offer a mass-market, family-oriented experience. Large families are, in fact, a big target audience for this industry. But the Virgin Voyages ships won’t be as large as these cruise ships, nor as small as luxury yachts. They’ll accommodate around 2,700 passengers, and their adults-only approach means that there won’t be family-friendly activities like water slides on offer.