It's 'Acche Din' for a group of paleontologists in Gujarat, who found one of the best-preserved fossils ever of a Jurassic-era sea creature recently. 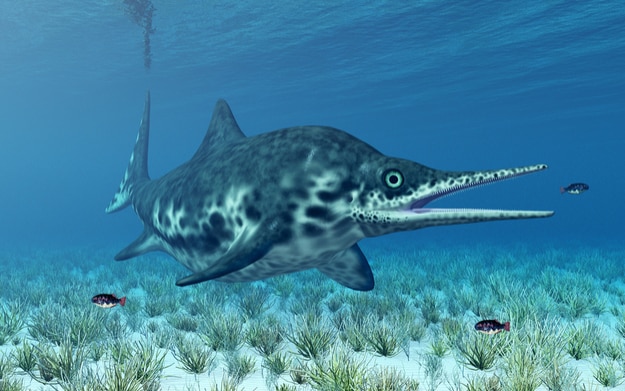 The rusty old town of Lodai in Gujarat has just become the site of one of most important discoveries in Indian paleontology in recent times. For the first time, the fossil of an ancient Jurassic-era sea reptile called the ichthyosaur. Not just that, this is also one of the best-preserved fossils of the sea creature ever found. The new discovery should help scientists understand the distribution of this species millions of years ago. ALSO READ: Best Places To Visit In Gujarat: Biggest Tourist Attractions in Narendra Modis Home State Also Read - 'Unlock 1' in Gujarat: New Set of Relaxations Announced | Read Guidelines Here

The ichthyosaur was the terror of the seas over 150 million years ago, growing up to the size of nearly 6 Toyota Fortuners and hunting the dark waters for prey of all sizes. With flippers for limbs, a pointed head and sharp conical or bladed teeth to chew down food, the ichthyosaur probably resembled a large dolphin. Their large eyes could see far into the deep, dark depths of the sea. The Indian ichthyosaur thrived around 152-157 million years ago, and is the first of its kind to be discovered in the region. Also Read - Coronavirus: As Second-Last Day of Lockdown 4.0 Ends, Here's Where The Four Most-Affected States Stand 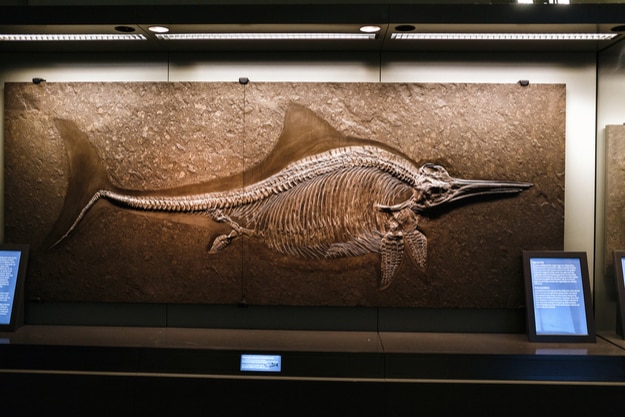 Fossils of the ichthyosaur are more common in the northern continents, so to find one in such a good condition closer to the equator is a rare thing. This discovery could uncover new secrets about the evolution and spread of the reptile. It was lucky find for the Indian paleontology team. They found the fossil in Lodai in 2016, in hard sedimentary rock. Excavation work was tough, given the hot, dry temperature of the region. It took around 1,500 hours of digging to finally unearth the fossil, which still had the fragile backbone of the ichthyosaur intact. Also Read - 16-Year-Old Girl in Gujarat Mercilessly Thrashed For Eloping, Video Goes Viral | Watch

The find was a surprise for University of Delhi’s paleontologist Guntupalli V.R. Prasad. He admitted that there was little possibility of finding vertebrate fossils in the region. Not only is this the first ichthyosaur fossil to be found in the region and the best-preserved one ever, it is also the first Jurassic-era fossil recovered in India.

But all this begs the question: what is the fossil of an ancient, giant sea monster doing in an arid little village in Gujarat? Well, back when the ichthyosaur ruled the seas, this part of India was submerged under one too. Initial findings from the fossil evidence suggests that the there was one a massive seaway that crossed through Gondwanaland, the supercontinent that fragmented into what is now Africa, South America, Australia, Saudi Arabia, Madagascar and India, among other countries. This seaway seemingly cut through land that is now part of western India, South America and Madagascar. NOW READ: There is an Africa in the middle of Gujarat! Impossible? Watch video!

One thing that is evident from the find: that the ichthyosaurs were everywhere during the era when dinosaurs roamed the earth. They seemed to have been everywhere in the seas and oceans.