The Great Barrier Reef is in danger!

Australia's Great Barrier Reef is getting bleached because of climate change 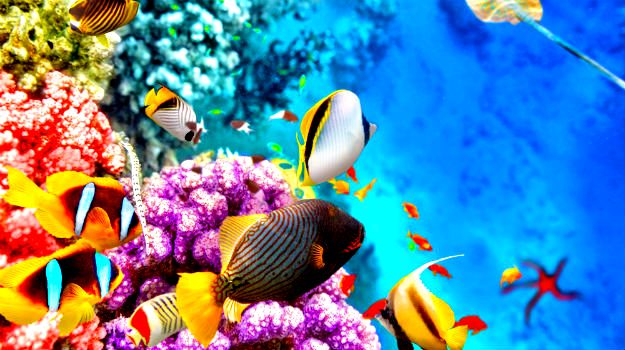 In the recent years, Climate Change has become an extremely important issue top address. Not only has has global warming affected humans in the most adverse ways, but it has been affecting nature which will only lead to further deterioration of the planet. Very recently, Hollywood actor Leonardo Di Caprio made a note worthy mention of Climate Change in his acceptance speech. And now, with the report on the worsening condition of Australia’s Great Barrier Reef, one of the world’s greatest natural wonders is in the news for being affected by climate change. Due to the weather conditions changing drastically, the temperature of the region has shot u, causing the coral reefs to get bleached and fade away. Several corals have died and a lot more are on the verge of dying. Watch this video to understand how exactly the Great Barrier Reef is in danger. Also Read - 11 Tremors in 3 Months Not Enough? Major Earthquake Likely to Hit Delhi-NCR Soon, Experts Predict Severe Destruction

ALSO READ 11 colorful places on earth you won’t believe exist! Also Read - Watch Pasta Recipe: This is The Easiest Way to Cook Tomato Pasta at Home With Ingredients Available in Your Kitchen

The impact of coral bleaching on the Barrier ReefClimate change is the biggest threat to the Great Barrier Reef, researchers say. Severe bleaching, caused by high temperatures, has resulted in coral being wiped out in some areas.

>More stories on Nature and Wildlife