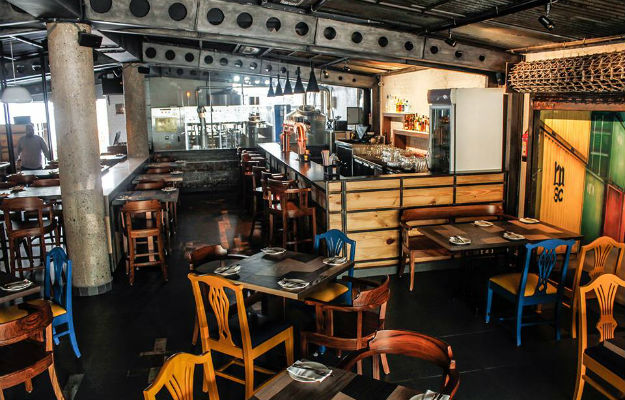 Also Read - No Difference in Treatment of Seniors And Juniors in Team: Shafali Verma

It might be a late starter but The City Beautiful is raising a resounding cheer to the European concept of a microbrewery. Also Read - Sunny Kaushal Shares His Thoughts on Being Referred to as Vicky Kaushal's Brother

It may not hit you like a hard drink and more and more Bacchus lovers are raising a toast to the idea of clinking mugs of freshly brewed beer. The Great Bear, a new brewpub in Chandigarh’s upscale Sector 26 eatery market, is tapping urban changing lifestyle preferences by offering a range of freshly brewed beer. Also Read - With Highest Toll of COVID-19 Cases, Maharashtra Becomes First State to Hint Lockdown Extension

He said the concept of microbrewery is getting pretty popular in the tri-city — Chandigarh, Panchkula and Mohali — like in Pune, Mumbai, Bengaluru and Gurgaon, where the craze for fresh beer is galloping.

A microbrewery is one that produces small amounts of fresh brewed beer. The ingredients are same like the bottled beer — malts, water, hops and yeast. But there’s no glycerin in the fresh one. 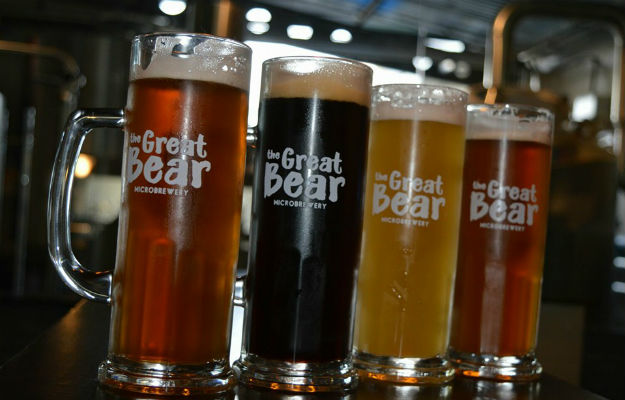 India’s first microbrewery, Doolally, was opened in Pune in 2009.

Beer drinkers in India are turning away from mass-produced lager brands and opting for the richly flavoured in-house brewed beers, said 32-year-old entrepreneur Amritanshu, who started his first microbrewery, Hops & Grains, in Panchkula, located on the outskirts of Chandigarh, almost five years back.

His passion is reflected as soon as one enters the arena of The Great Bear – which competes with another in the vicinity – that transports you to an industrial warehouse of large-scale beer production house.

Amritanshu believes microbrewery as a concept is fairly well known as people are fairly well travelled and have tasted beers at brewpubs in India and abroad.

Keeping this in mind, the experienced duo of Amritanshu and Deb Dip Chatterjee said: “Let’s serve beers that are original in flavour, texture, body and smoothness.”

There’s golden ale, weiss (wheat), German bock, and brewer’s special, each with a distinct taste of its own.

Depending on the personal preference each has different levels of alcohol content likewise different taste and texture, explained brewpub’s general manger Chatterjee. 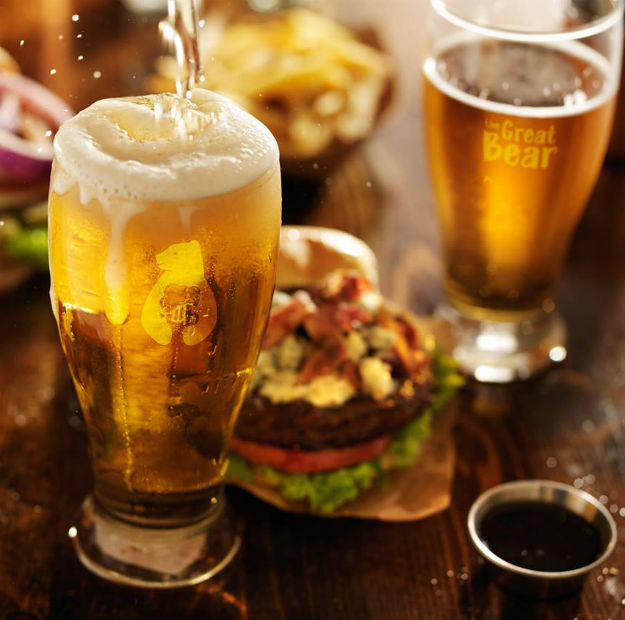 The freshly brewed stuff is a hit among the bon vivants.

“The freshly brewed golden ale is favourite among the young drinkers who like lighter beer, minus glycerin content. Moreover, it’s more refreshing than routine lager brands that are more like hard drink. All lagers taste almost the same,” corporate executive Manav Malhotra said.

“There is nothing to hide,” his friend Sonal Bhandari said. “Like a restaurant cooking in the open kitchen, they are brewing beer in front of you.”

The freshly brewed beer takes seven to eight hours to make. It’s neither bottled nor stored and is served straightway.

“I had never tasted a black (bock) beer. It’s smooth and drinkable and leaves a lasting taste,” she added.

The Great Bear also offers an interesting melange of cuisines ranging from Continental to Mediterranean to Italian to British and the exotic Indian too. 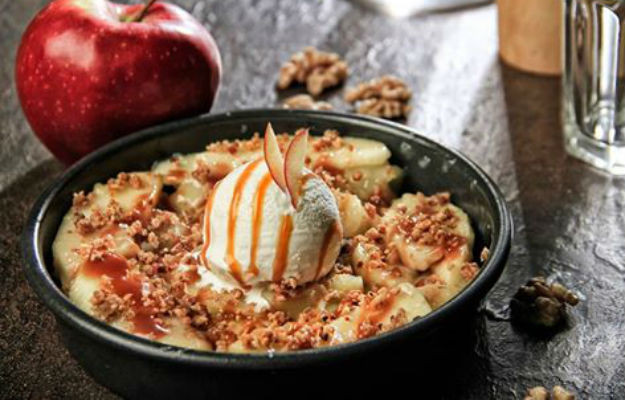 There are succulent ‘tikkas’ and ‘kebabs’ and for health lovers a variety of salads like fattoush, shrimp salad and not to forget flaxseed grilled chicken salad.

In appetizers, there is a whole range of vegetarian options like tacos, falafel, cheddar bites, spinach and cheese fatayer.

For non-vegetarians there is a plethora of options ranging from ‘charmoula tikka’, lamb and chicken kibbeh, panko chicken tenders and special tandoori and mustard prawns.