The Indian Railways will introduce a new train to run between Dadar, Mumbai and Sainagar Shirdi, Nasik, bringing the metropolitan city closer to the famous pilgrimage site. The train will also link to other important points along the way. 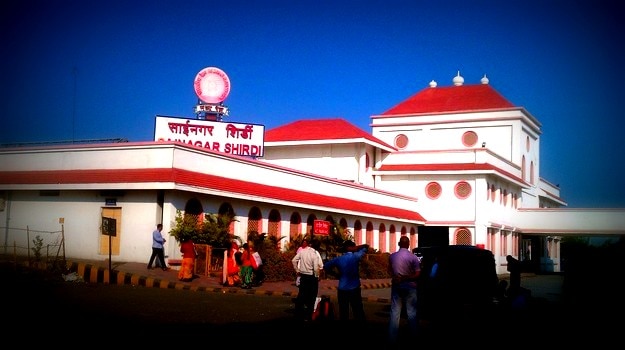 In Sri Sai Satcharitra, the biographical book by Govind Raghunath Dabholkar of the spiritual guru Sai Baba, the guru describes the road to Shirdi, the town where he meditated and lived. He says, “There are many ways leading there; there is one way also from here. The way is difficult. There are tigers and wolves in the jungles on the way.” The book was first published in 1930. Today, there are still many ways that lead to Shirdi, but thankfully there are no tigers or wolves. And on 4th August, another way will open up, with a new train running from Mumbai to Shirdi and back every week. ALSO READ: 8 unbelievable facts about Shirdi that you probably didnt know!
Also Read - Cyclone Nisarga Updates: Three Dead in Maharashtra; Power Supply to be Restored in Ratnagiri And Shrivardhan Soon

While August 4 marks the start of the train’s regular running, the new superfast express was inaugurated and flagged off for its first journey last Sunday, June 30. The train left from Sainagar Shirdi at 11 am, and reached Dadar station in Mumbai at 5:15 pm. From August 4 and every Friday onwards after that, the Dadar-Sainagar Shirdi Superfast Express (train number 22147) will depart from Dadar station at 9:45 pm and reach its destination at 3:45 am the next day. It will then change to the Sainagar-Dadar Superfast Express (train number 22148), departing from Sainagar Shirdi at 9:20 am the same day and reaching Dadar by 3:20 pm. Also Read - Cyclone Nisarga: IndiGo Cancels 17 Flights to And From Mumbai, to Operate Only 3

The train will include a sleeper class, two general second class cum luggage brake vans, six general second class vans and an AC three tier van. This is the latest development in improving connectivity to Shirdi, a major Indian pilgrimage destination. The last superfast train connecting the Maximum City to Shirdi was inaugurated in 2010, a year after Sainagar Shirdi station opened. This new express train’s inauguration is a welcome change from the delays in opening Shirdi Airport, which was supposed to have started operations earlier this year. India’s Directorate General of Civil Aviation (DGCA) recently asked some changes to be made to the airport before it will give its clearance for operations. NOW READ: Taking a pilgrimage to Shirdi? These are the 10 things you absolutely need to know! Also Read - Trending News Today May 11, 2020: 'He Was Our Guardian Angel': Maharashtra Villagers Name Locality After Irrfan Khan to Pay Tribute

The new superfast express train will stop at important points like Thane, Kalyan, Igatpuri, Nasik Road, Manmad and Kopargaon, improving connectivity between all these points. Both Manmad and Igatpuri are popular destinations within Nasik district. Manmad is famous for its Gurudwara and forts, including the Ankai and Tankai forts, while Igatpuri is a scenic hill station famed for its Vipassana retreats and deep valleys. If you were looking for a quick monsoon getaway from Mumbai, these two destinations are now better connected than before with the new train service.