The one travel lesson we learnt from this photo of Barack Obama sharing beer with Antony Bourdain!

The American president met up with the celebrity chef at a roadside eatery in Vietnam. 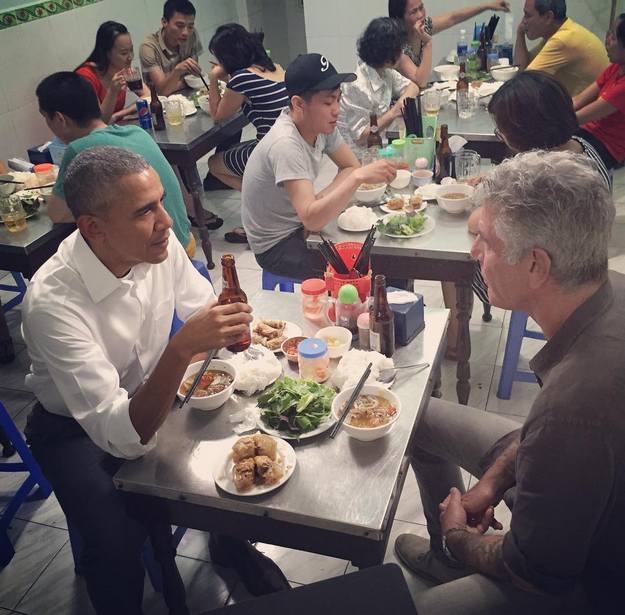 Youve probably seen this photograph of US President Barack Obama and celebrity chef Antony Bourdain. The most powerful man in the world, commanding the second largest army in the world and with the largest nuclear stockpile on this planet at his disposal, is sitting on an uncomfortable plastic stool in a hole-in-the-wall restaurant in Vietnam! Obama is in Vietnam this week to boost diplomatic, economic and security ties with the country and since his arrival in Vietnam Obama has been busy attending all-important meetings and making historic speeches. But in the midst of all of this, Obama thought it might not be a bad idea to let Bourdain pick a restaurant of his choice for a meal. Also Read - 27-Year-Old Indian Developer Finds 'Sign in With Apple' Bug, Paid Over Rs 75 Lakh For His Discovery 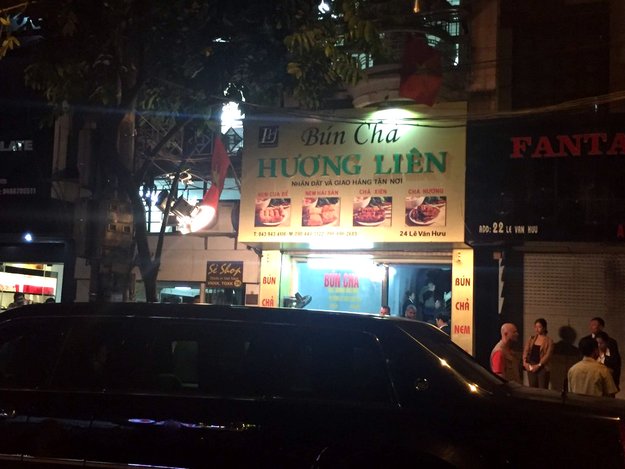 And so Bourdain and Obama met at Bun Cha Huong Lien (pictured above) in Hanoi for an interview over bun cha, a traditional beef and noodle dish and Vietnamese beer. Bourdain very helpfully informed us how much it the dinner cost them and who paid the bill. Total cost of bun Cha dinner with the President: $6.00 . I picked up the check . #Hanoi he wrote on his Instagram handle. The conversation between Bourdain and Obama will appear in an upcoming episode of Anthony Bourdain: Parts Unknown on CNN.

Even as we are looking forward to the episode, we also cannot help but doff our hat to Obama who reminded us of the most important lesson in travel: Never shy away from eating local food at local restaurants!

It isnt that Obama doesnt have access to luxury restaurants and the best hotels in the world. Instead, he chose to break bread in a street-side café in Hanoi, sitting on a plastic stool and enjoying a traditional meal just like the locals around him were doing.

Hats off to you, Mr President!