The real reason why flight food tastes so bad!

Read this before you blame the chef for a bad meal on flight. 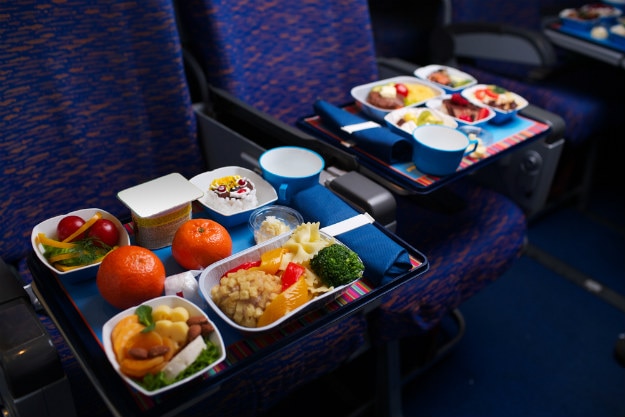 We may often look forward to boarding our flight because of the adventure that awaits us on the other side of the journey. But one thing that we probably dont look forward to is the food served on the flight. Even the most expensive of airlines that promises gourmet food on board can lack in taste and there is a reason for it. Flight meals often dont taste the same even when we opt for one of our favorites like a chicken sandwich or vegetable cutlets. If youve often wondered why this really happens, heres the real reason. Also Read - Weather Update: After Cyclone Amphan, Another Cyclonic Storm Likely to Reach Maharashtra, Gujarat on June 3, Warns IMD

One of the primary reasons why food tastes bad in the flight is because of the high altitude. When you fly at an altitude of over 35,000 feet, the same food that tastes good on the ground tastes bland. The recycled air in the plane further makes the food dry. Another reason food doesnt taste good is because our tongue becomes less sensitive to sweet and salty taste due to the low levels of cabin pressure. According to a World Health Organisation report, the humidity level in the cabin is about 20 per cent whereas at home it is usually 30 per cent. This too makes our tongue less sensitive to flavors even though there is extra salt and sugar in flight food to reduce the blandness. Also Read - Rajasthan News: Shops, Parlours to Open in State, Govt Offices to Function in Full Strength From June 1

The meal served to you on a flight is often half-cooked and refrigerated or fully cooked and chilled till the time it is supposed to be served.  Before serving it is reheated. This sudden change in temperature not just ruins its taste but also reduces its nutritional value. And as we all are aware, a packaged meal can never be as good as freshly-cooked food and this applies to airline food as well. Also Read - Swara Bhasker Describes Struggle of Helping Migrant Workers: Have to Sift Through Filth in my Comments Section

But if you do want something that tastes a little better than the rest, opt for a tomato-based dish. This is because tomatoes have umami, the fifth basic taste which is known as a pleasant savory taste. Foods with this taste are least affected by altitude so it makes sense to opt for tomato soup or juice instead when flying.

So the next time you bite into your plane meal and dont find it to be up to the mark, dont blame the chef or the airlines.