Ever wondered what will happen if people switch on their cellphones on a plane? 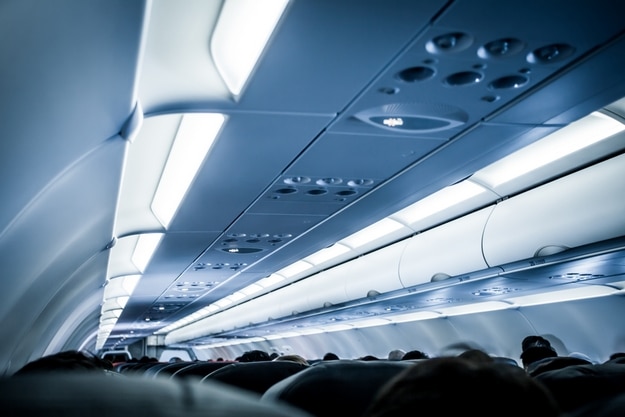 How many times have you listened to the instructions in the announcement during a flight and obeyed them? The most common instruction we conveniently turn a deaf ear to on an airplane is the one in which they ask us to turn our cell-phones off or put them in the airplane mode. What? Turn off our PHONES? It feels like someone has asked us for a kidney! Also Read - Maharashtra Lockdown News: Latur City to be Under Fortnight-long 'Strict' Shutdown From Midnight of July 15 | Guidelines Soon

Our cellphones have become our inseparable buddies we just cannot do without. Be it for surfing the net to read, or checking out what others are up to on social media (or post that update informing people of your whereabouts and to-do lists), we just hate anything coming in the way of our social, digital life — even if it is our own safety.

However, knowing why they ask us to do this is extremely important for us to decide whether to be a disobedient know-it-all or a helpful, co-operative passenger. It is believed that the cellphone’s radio signals might interfere with the flight’s navigation causing difficulties for the pilot to land or take off properly. However, this is not entirely true. As you might have guessed, our phone’s radio signal emissions are not so great in magnitude to mess up an airplane’s entire navigation process. The truth is that this radio interference is more annoying than it is dangerous.

While the noise caused by single phone is absolutely negligible, when several people start using their cellphones together, the radio interference caused by mobile phones create havoc for for the pilot in a completely unexpected manner. While these signals are not large enough to cause a problem in navigation (and thus, providing cause for a crash), they do create an annoying “dit-dit” kind-of noise which makes the pilots pull their hair! Imagine being all science-y in the cockpit and trying to fly a freaking plane full of passengers with someone going “dit-dit-dit” in your ear. Sounds frustrating, doesn’t it? That is precisely why we are asked to turn off our cellphones so that our good pilot can have some peace as he safely takes us off and lands us down!

ALSO SEE This controversial video of swimsuit models teaching airplane safety on a beach is totally worth a watch!