The Seven Pagodas Of Mahabalipuram: True Story Or Just A Legend?

The Shore Temple of  Mahabalipuram in the state of Tamil Nadu had been identified by several sailors and navigators right since the 7th century. It was named as the Shore temple by foreigners in 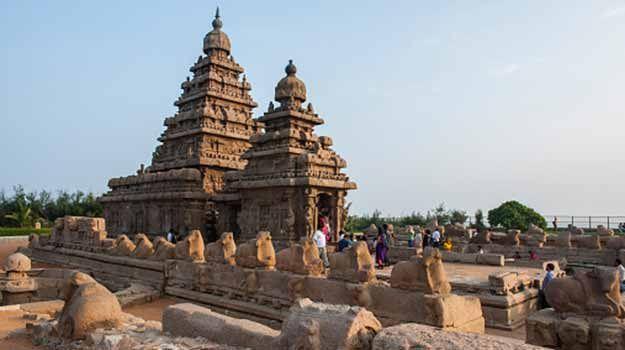 The Shore Temple of  Mahabalipuram in the state of Tamil Nadu had been identified by several sailors and navigators right since the 7th century. It was named as the Shore temple by foreigners in order to mark the mainland. The creation of this complex was initialized during the reign of King Narasimha Varma I who was called by the name Mahamalla, after whom the city was named as Mahamallaouram and gradually Mahabalipuram. 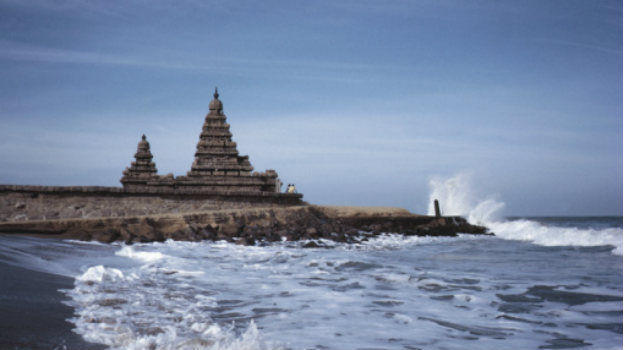 However, legend has it that, during the rule of King Hiranyakashyap, his son, Prahlada was a great devotee of Lord Vishnu and believe in the omnipresence of the almighty. Since the king did not believe in the existence of god, argued when his said that Lord Vishnu resides in everything, even the walls of the house, the king kicked a pillar. Lord Vishnu emerged out of the pillar in the form of a man with a lion’s head and killed King Hiranyakashap, making his son the king of his kingdom. Apparently, eventually King Prahlada had a son named Bali who founded the city of Mahabalipuram. 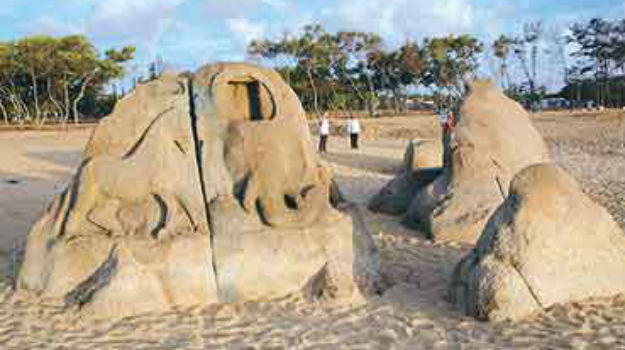 The matter of concern is that, since centuries, there has been a debate about the reason to why the Shore temple has been called The Seven Pagodas, is it its own structure or the existence of six other temples around the shore? Several speculations claim that, the seven temples on the shore of Mahabalipuram and the entire complex caused several Gods to be tremendously jealous of the city. It is said that it was then that Lord Indra, the God of rains and thunderstorms called upon great floods to submerge the rest of the city, that now rests in the lap of the ocean. 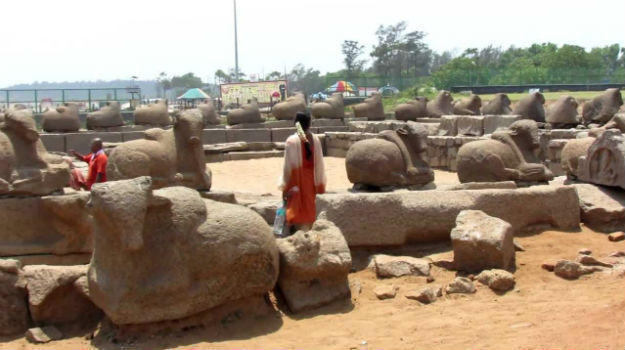 Though considered a myth for centuries, in the year 2004, as the Tsunami struck the Coromandel Coast, several tourists and locals claim to have seen six of the submerged temples surface for a brief while. Several other carved stones in shaped of cows, lions etc surfaced and have been a part of the complex ever since.

Looks like, after all there was enough evidence to prove that mythological stories may not always be completely untrue.