The minister became a real-life hero when he put social media to good use to find little Avni's mother and reunite them. 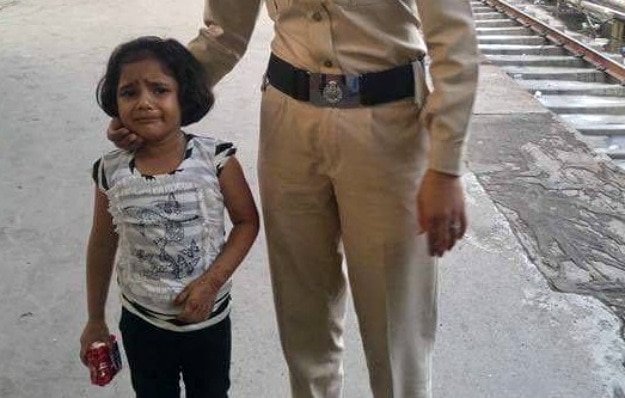 One of the worst things that can happen with any parent is when their child goes missing. The trauma is unimaginable and something that can tear them apart beyond measure. We’ve seen this scenario several times in Bollywood movies but the thought of it happening in real life can give us goosebumps. Even so, several kids go missing every year in India but not Avni, a four-year-old who was separated from her mother at Nagpur Railway Station. This is the story of how Railway Minister Suresh Prabhu became a real-life hero and reunited the two after they were separated. Also Read - Wedding in Times of Corona: Pune Cops Step in as Bride's Parents to Get Couple Married Amid COVID-19 Lockdown

Avni was traveling in the train with her mother and uncle from Bhopal to Nagpur. Once they reached Nagpur Railway Station, they got off but her mother and uncle walked ahead without realizing that Avni was left behind. The four-year-old was found by an employee of the Railways and was handed over to the RPF. Suresh Prabhu who learnt about the incident immediately took to social media and posted a photo of little Avni. Also Read - Nagpur Tuition Teacher Arrested After He Steals Gold Jewellery from Student's Bedroom

Soon enough, the photo went viral and people started sharing it on social media and Whatsapp groups. Within a few minutes it was all over 200 Whatsapp groups that usually have several members. And as luck would have it, within 20 minutes of it going viral, the Railways was able to track down Avni’s mother. The photo was shared on a Whatsapp group called ‘Amche Nagpur’ where relatives of Avni spotted the picture and immediately informed her mother. They came to know that Avni was safe with the Railway police and found her.

Kudos to Suresh Prabhu who put social media to good use and reunited a mother and daughter with some help from all the people who shared and spread the word, all in a span of 20 minutes. Now isn’t that wonderful!

Joyous moment for us to see Avani with her parents.We strive hard, for runaway,missing children. MR monitors himself https://t.co/1SzmL508Ak  Suresh Prabhu (@sureshpprabhu) May 11, 2016

>More on Family and Kids