Panchatatva garden with walkway is developed on five elements of the nature (Panchabhutas), earth, water, fire, air and ether.

A panchatatva park based on therapeutic concept was opened on Sunday at Indira Park in Hyderabad while 17 such parks are being developed in other part of the city. Also Read - Travellers, Tent City in Rann Of Kutch Reopens Today in Kutch District, Just in Time For Diwali

Municipal administration minister K. T. Rama Rao, who inaugurated panchatatva park developed at a cost of Rs 16 lakh, said 17 such parks are being developed in all zones of Greater Hyderabad Municipal Corporation (GHMC). 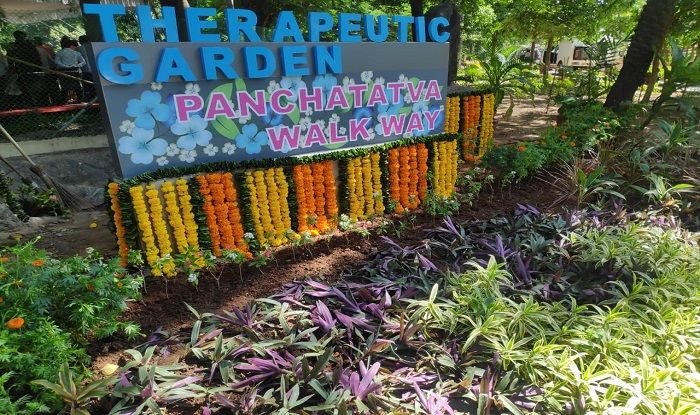 The walking is done from very hard paining surface to smooth and relaxing component by which the blood circulation in the body improves curing several ailments of the body. This also helps the senior citizens and the persons who have knee joint pains and cannot walk for longer distances, officials said. 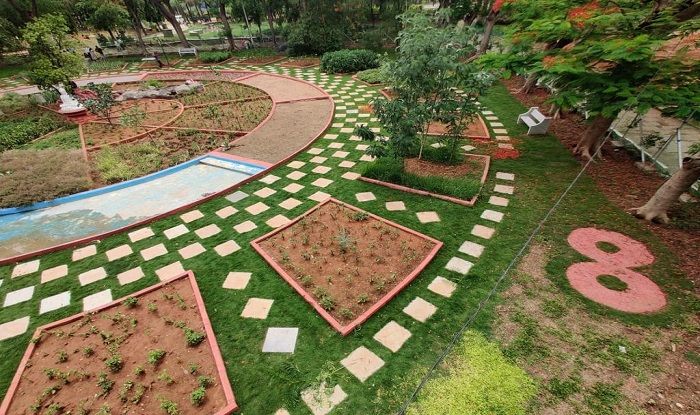 Located over 67 acres in the heart of the city, Indira Park is being renovated and developed under theme park to international standards. An amount of Rs.4 crore has already been sanctioned for the purpose.

GHMC is constructing three major urban parks around Hyderabad city in forest blocks at Suraram, adannaguda and Nadergul which are nearing completion.

It has so far developed 19 major parks each having more than five acres in extent. About 17 theme parks have various themes like palmetum, ficus, bougainvilleas, herbal and bamboo.

GHMC has also taken up dense tree plantation on 406 open spaces under Haritha Haram programme, the state government’s plantation drive. These open spaces are being developed as tree parks by providing walking track and seating areas.