Thinking of climbing the incredible Shivling peak in Uttarakhand's Garhwal Himalayas? There's a new route for that now. 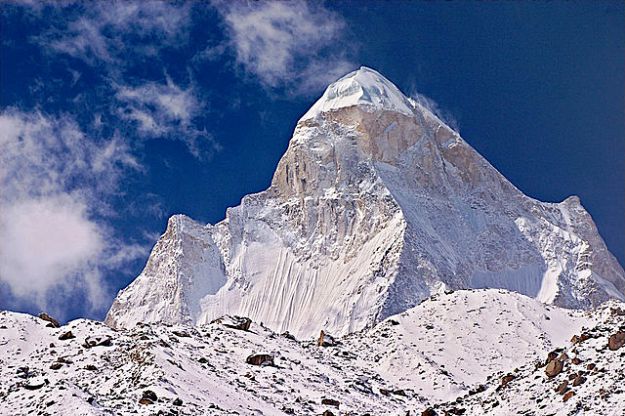 Rising to a height of 6,543 meters above sea level, Mount Shivling is one of the tallest peaks in the Gangotri range of the Garhwal Himalayan mountains. It lies near the Gangotri glacier’s snout, just around 6 km from the source of the river Bhagirathi, Gaumukh. The name of this mountain itself gives you a sense of its status; it is named after the very symbol of the Hindu god Shiva. First called Matterhorn Peak because it looked like the alpine peak, Shivling was first ascended in 1974 by a joint Indian-Tibetan team. It has been in the cross-hairs of many mountaineers and adventurers because of its difficulty and its sheer majesty, especially when seen from Gaumukh. And now, a group of mountaineers have found a new route to the peak. ALSO READ: Top 10 easy Himalayan treks for beginners Also Read - Coronavirus in Uttarakhand: CM Rawat, Cabinet Members Under Home Quarantine After Minister Tests Positive

Mountaineer duo Vittorio Messini and Simon Gietl recently ascended Shivling through a new route called Shiva’s Ice. Ever since the first team sent Shivling through the West Ridge, some other difficult routes have been carved out to reach the top. The original West Ridge route was laid out by the Hukam Singh-led team in 1974, including Pasang Sherpa, Ang Tharhay, Laxman Singh and Pemba Tharkay. Another North Pillar route was climbed in 1993 by Hans Kammerlander and Christoph Hainz. Later, Thomas Huber and Iwan Wolf created Shiva’s Line. Also Read - 'No Massive Forest Fires in Uttarakhand': Forest Department Clarifies Fake News, Cautions Against 'Wrong' Pictures Shared Despite Rain 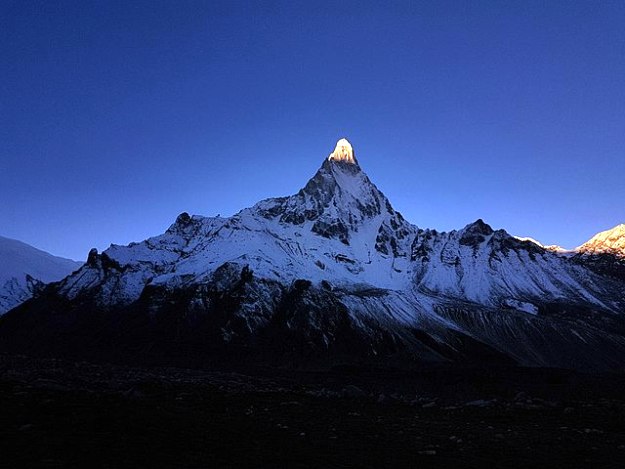 This new route, Shiva’s Ice, goes between the North Pillar and Shiva’s Line, winding its way until it meets with the Fujita-Kubo-Yamamoto route that was forged in 1980 by a Japanese team. Vittorio Messini from Austria and Simon Gietl from Italy came to the Himalayas in September and made the climb in October. Massive snowfall in the Garhwal mountains at the time made the going tough, but it also resulted in a line of ice and snow next to Shiva’s Line. With the base camp at 4,300 meters, the mountaineers climbed a 50-degree gully and placed their gear at 5,500 meters. They made a summit bid on October 9, joining the North Pillar route at around 6,000 meters. But the severe cold made them head away from the route and later join Fujita-Kubo-Yamamoto. NOW READ: Tips for going on a trek in the Himalayas Also Read - '2020 Is So Cruel': Heartbreaking Visuals of Uttarakhand Forest Fires Emerge on Twitter, Netizens Appeal For Help

The duo reached the summit somewhere in the afternoon of October 11 and spent three nights at 6,000 meters on the mountain. Shiva’s Ice is 1,500 meters high with difficulty grades of up to WI5, M6. Messini noted that while the initial plan was to climb Shiva’s Line, snow and the bitter cold made them stumble into the new route.