These 6 Interesting Facts About Dharamsala Cricket Stadium Will Probably Stump You!

Here are six facts about the Himachal Pradesh Cricket Association Stadium in Dharamsala that you must know! 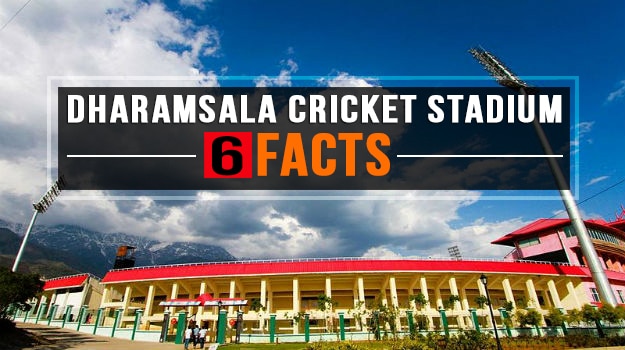 1. The HPCA stadium is located in Dharamsala, home of the Dalai Lama.

The Dalai Lama and the Tibetan government in exile reside at Dharamsala. In fact, in 2011, His Holiness was a part of the audience at an IPL match held here. Also Read - Here Are 5 Reasons Why You Must Visit Tosh Village in Himachal Pradesh's Parvati Valley

2. Though the stadium was established in 2003, the first One Day International match was played only in 2013.

The stadium was built and established in 2003. Since then it has been home to several Ranji Trophy matches and IPL matches, apart from being a home practice ground for the Indian Cricket team, Himachal Pradesh Cricket team and the Kings XII Punjab team. However, due to snowfall and extreme weather conditions, the stadium was considered fit for an ODI  only in 2013, when India played against England and the visitors won by seven wickets. Also Read - Himachal Pradesh Trip: Your Complete Itinerary For a 5-day Solo Journey 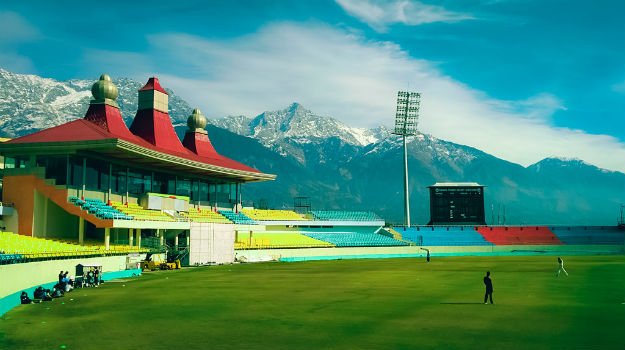 3. It is one of the only two stadiums in Himachal Pradesh.

Himachal Pradesh is one of India’s beloved holiday destinations. However, there are only two stadiums in the state. One in Dharamsala and the other in Una, the Indira Gandhi Stadium which was established in 1995.

4. It is the first stadium in India to have used Ryegrass around the outfield.

Since the weather conditions in Dharamsala can get extremely cold, ryegrass is used in the outfield of the stadium to prevent the grass from dying in temperatures below 10 degrees Celsius. It makes maintenance of the stadium more convenient.

5. It is located in the Kangra valley and surrounded by the Dhauladhar mountain range.

Dharamsala is known to be a perfect getaway to the mountains and serves as a trekkers’ paradise. It is located in the Kangra valley and is set across a backdrop of the Dhauladhar range with breathtaking snow-capped mountains. The closest airport is the Gaggal airport at Kangra.

6. Pakistan was to play against India at Dharamsala after 11 years

In 2005, the Pakistan cricket team played a warm-up match against the India-A team in Dharamsala. Though the match was scheduled for March 19, 2016, the venue for the match has been shifted to Eden Gardens in Kolkata due to security concerns.