These quaint establishments once doubled up as full-fledged provision stores and bakeries. 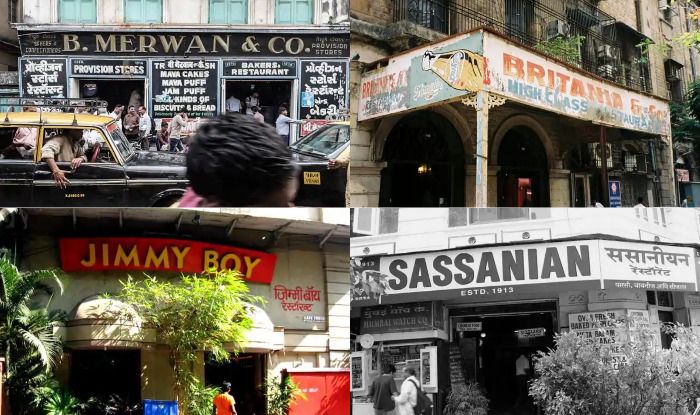 Irani cafes are almost unique to Mumbai and the neighboring Pune. These quaint establishments once doubled up as full-fledged provision stores and bakeries and occasionally even stocked booze. As years passed by they are now more or less restricted to being just cafes (some of them do stock basic everyday provisions such as toothpaste, soaps, etc) serving quick meals for a small price. The most popular dish in most Irani cafes is bun-maska with Irani chai — bun pav served with butter and piping hot tea — in part because it’s the cheapest meal on the menu and also because it’s quite filling. Most of the several Irani cafes that dotted the south Mumbai landscape are now shut. Only a few remain and continue to stick their thumb at Father Time. The story of the Irani cafes can be traced back to the migration of the Persians that began over 1300 years ago and continued till as late as about 150 years ago. The last of the migrants arrived in India crossing the Hindukush mountains fleeing the great famine in Persia. These Iranians — especially the ones who migrated to India from the provinces of Yazd and Kerman — were responsible for setting up these cafes. Also Read - Beat The Heat With a Visit to The Coolest Places in Maharashtra

According to one account, the roots of the Irani cafes in Mumbai go back to the time when the Iranian migrants would gather in the evenings and reminisce about their homeland. Tea would flow freely till some genius decided to charge for the seemingly endless cups of it. Before long the Iranians began selling chai. In Iran they don’t add milk to the tea, it is a practice that began here in India. In any case, these meetings grew into the establishments we now know as Irani cafes. By the early 1900s, Irani cafes had mushroomed not just in Mumbai but also in Pune and Hyderabad. Several of these joints were corner shops (some of the surviving ones still have that distinction) and could be prominently spotted from a distance. The reason for this was interesting and one that involved Vastu Shastra, the Hindu system of architecture. According to Vastu Shastra, a sinh mukhi (or lion-faced) entrance is bad for business because it has a wide opening and a narrow rear. Commercial establishments, it suggests, would flourish in a gau mukhi (or cow-faced) property, or one with a narrower opening than its rear. Most sinh mukhi properties in old Bombay were the corner shops, that wouldn’t typically find buyers and would be on the block for a significantly lower price than the going market rate. Since the Iranis carried no such vastu baggage, they happily bought these properties at throwaway prices! Also Read - Here Are 10 Destinations in Maharashtra That Monsoon Fans Would Love 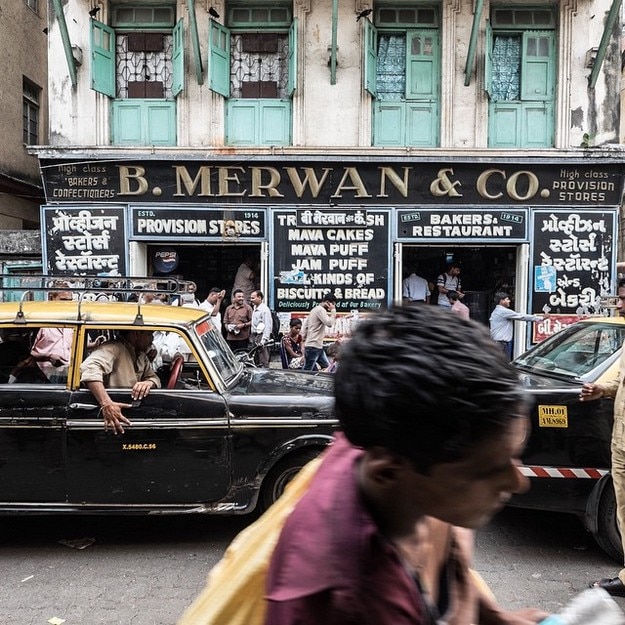 The expansive property that stands right outside Grant Road railway station (East) is the first stop for most office-goers. Merwan serves the standard fare of bun-maska and chai but its mawa cakes are to die for (needless to say they are over in the first few hours of the bakery’s opening). Like all other Irani cafes, B Merwan steadfastly refuses to change its interiors. The Czechoslovakian chairs, the Italian marble-top tables, the flooring that had caved in at many places, the long line of clothes hanging over the cooking station (in open view of the customers but always out of bounds), the familiar faces of the servers, rarely smiling but working ever so efficiently, the unfamiliar faces of the customers with whom you had to share your table because the place was always full, the wooden ‘No smoking’ signboards, the century-old display cabinets and the menu that still listed soft drinks that had gone out of production years ago, all of it only adds to the charm of B Merwan and Co. Perhaps because of its location B Merwan never really had a dearth of clients. But it takes a lot more than that to keep a legendary bakery running. It is hard work and the owners are pushing 70. With the next generation comfortably settled overseas, the men behind the till would only be happy to hang their boots. Only, when they did decide to shut shop, the city lost its collective cool. On public demand, B Merwan and Co opened again. B Merwan also has a little-known Bollywood connection. Its owners are siblings of the actresses Honey and Daisy Irani, which makes them uncles of Farah Khan and Sajid Khan! 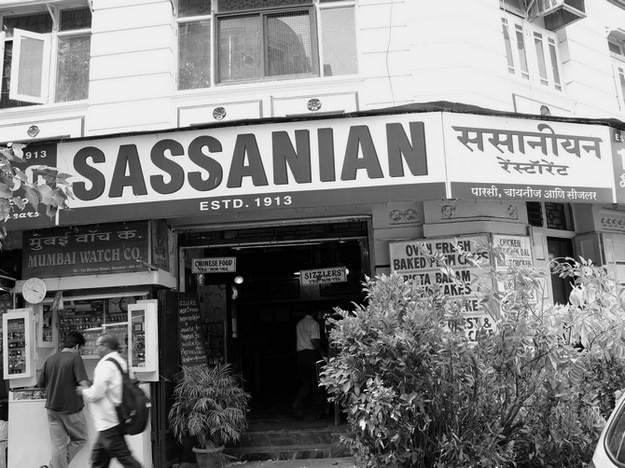 A hop, skip and jump away from Mumbai’s Marine Lines station, Sassanian Boulangerie stands as a solemn reminder of the times gone by. The Irani cafe, started by one Rustam Kaikushru Yezdabadi, who migrated from Yezd, Iran to India, had humble beginnings. It started by selling basic stuff — tea, biscuits, sponge cakes, etc — before expanding into a department store. Today it is a multi-cuisine restaurant of sorts — the board reads Chinese, Parsi and Sizzlers. Like most Irani cafes, Sassanian Boulangerie is a corner property — it faces two streets. Today, Sassanian Boulangerie is the only one of the three remaining Irani cafes in the area. In 2013, it completed 100 years! 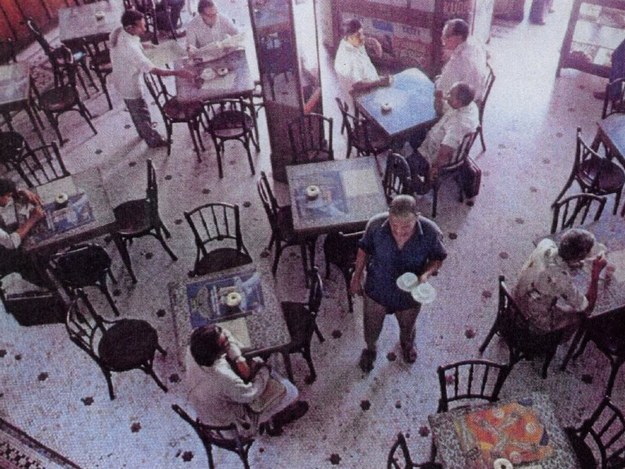 The oldest surviving Irani cafe, Kyani Bakery and Co is as famous for its wine cake and confectionery as it is for its high ceilings, quintessential chairs and an owner who will (or won’t) permit you to take photographs at his own whim. Kyani has easily been in business for about 112 years and is being run by the second generation of Shokriyes. The father, Aflatoon Shokriye arrived in India in 1948 when he was all of 18 and started the business ground up. If the Shokriyes are to be believed, Raj Kapoor would frequent Kyani to devour its signature mawa cakes and bun maskas. The showman may have passed away into the ages but the cafe continues to stand, a solemn reminder of a time when life was a lot slower… and also perhaps simpler. 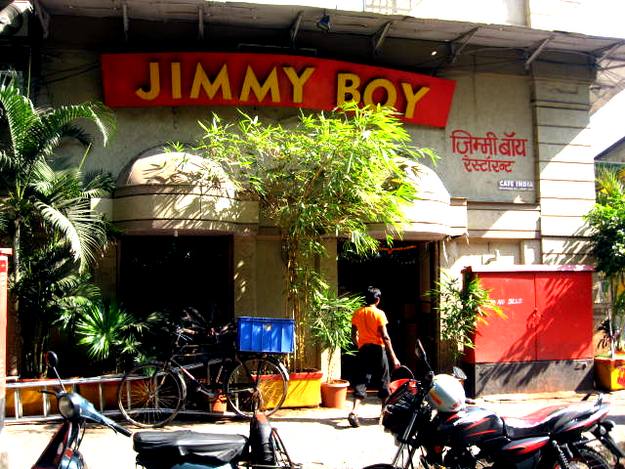 Most Parsis will admit that the best Parsi meals in Mumbai are ones that are cooked in people’s homes. Some restaurants, however, do come close. Jimmy Boy and Britannia and Co are two such names that would come to mind… without scrunching up one’s facial muscles and looking skywards while racking one’s brains. Jimmy Boy is the better maintained of the two and serves the standard Parsi fare of salli par eedu, chicken/mutton dhansak and chicken farcha among other dishes. The best thing to order at Jimmy Boy is the Lagan nu Bhonu or the Wedding Thali that will truly showcase the best of Parsi cuisine. Throw in some old-world chandeliers and furniture and Jimmy Boy will transport you right back in time! A lesser-known fact about Jimmy Boy is that it started out as Cafe India in the ‘20s. It received its current name only in 1999! 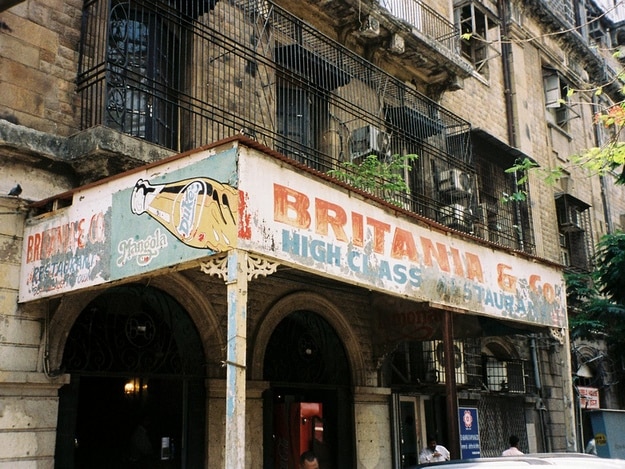 Don’t let the rundown look of Britannia and Co put you off. The restaurant that first catered to the British officers stationed in the neighborhood continues to serve meals to hungry customers. As with all Irani restaurants, little has changed at Britannia. The chairs that were imported from Poland when the cafe first opened continue to take the weight of the restaurant’s clientele and the tall ceilings haven’t seen the end of a broom in what may be years. Even so, Britannia manages to belt out some lip-smacking food items. Its signature dish is the Berry Pulao, made from the fruit that (if the owners are to be believed) still imported from Iran. Britannia and Co keeps erratic hours; it is shut on Sundays and doesn’t remain open for dinner. The star of Britannia and co is Boman Kohinoor the octogenarian Anglophile who takes orders to this very day and will not spare an occasion to draw your attention to a portrait of Queen Elizabeth or the cutout of Prince William and Kate Middleton (who he met during their recent trip to Mumbai). 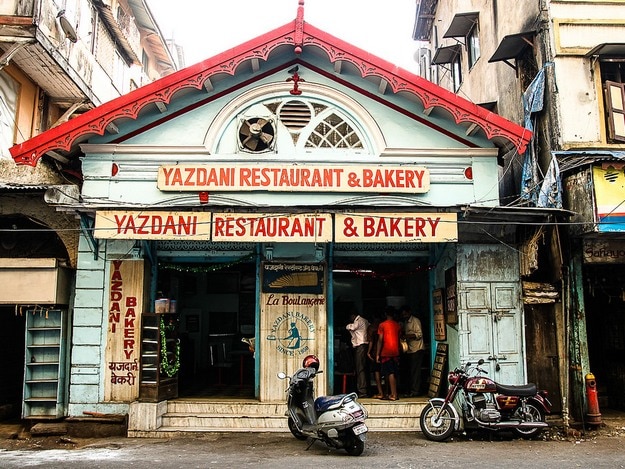 Named after Yazd, the region in Iran, Yazdani Bakery is tucked away in a by-lane in Fort. Quite like every other place listed here, Yazdani Bakery has unassuming exteriors but makes up for it with the food it serves. Yazdani takes as much pride in the multi-grain bread it bakes as it does in its stuck-in-time interiors that include antique brass call bell, and a large clock. And while it does serve the standard bun maska and chai, Yazdani’s rum cakes (produced during Christmas) and ginger biscuits are to die for!