These guys documented their Mount Everest summit on Snapchat!

Did you ever think Snapchatting from the mount Everest was even an option? 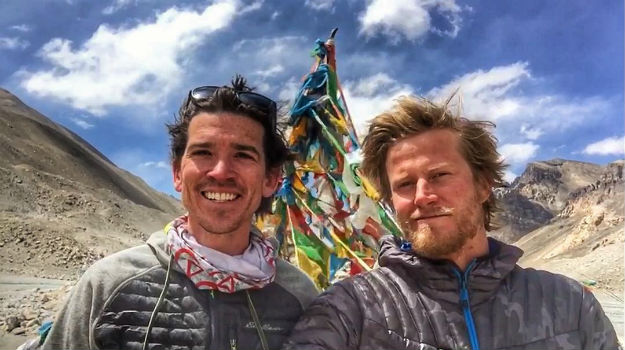 Cory Richards and Adrian Ballinger are a couple of professional climbers who returned after two months from their mount Everest summit. While Richards is a photographer and filmmaker with National Geographic, Ballinger is an athlete and entrepreneur who has completed the Everest summit six times before. The duo had planned and prepared to climb the world’s tallest  mountain without the support of supplementary oxygen. Though close to 7,000 people have scaled the Everest with additional oxygen, only 193 have been successful at completing the feat without the supplements. Also Read - 12-Year-Old Noida Girl Books Flight For Three Migrant Workers From Her Savings, Jharkhand CM Thanks Her

ALSO READ Did you know the Everest isn’t the world’s tallest mountain? Also Read - How to Experiment With Colours in Your Style: Tips to Combine Unusual Colours in Your Outfit The task was to scale a mountain 29,029 ft above sea level and the unique way they chose to do it was by live documenting the journey on Snapchat with #EverestNoFilter. Though the base camp has Internet connectivity, on their entire journey to the top and back, the duo used satellite internet technology. This wasn’t a small modem they slipped into their pockets of backpacks, but a satellite dish, batteries and a solar panel to charge the batteries, and it all weighed an extra seven kg.

ALSO READ A police constable in Maharashtra has scaled the mount Everest! Whoot!

Though Adrian, 40, has summited the Everest six times before along with supplemental oxygen, he wasn’t able to complete the summit this time. He recollects slurring, losing basic function and being unable to complete sentences. The duo was just about a 1,000 ft away from the peak when Adrian decided to turn around and let Cory go ahead and complete the summit. For Cory, 35, who had failed at his previous attempt in 2012, scaling the mount Everest was completely exhilarating. Unfortunately, by the time he reached the top, his phone gave up on him and he couldn’t snap anything from the top of the world. 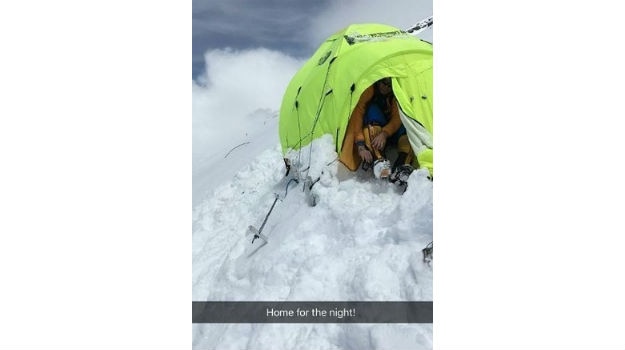 While the guys had a cart load of fun together on the summit and kept themselves entertained through the journey, they did come across some incredibly tough situations like the time when they had to dig their tent out of snow at 25,000 ft above sea level. However, the guys definitely consider their partnership to be easy going and strong. Despite being thrown into situations where one may have to take decisions that may put both their lives at stake, Cory Richards and Adrian Ballinger are examples of how you can do absolutely anything in the world with the right team! Even if that means posting snap stories from a few thousand feet above the sea level.

Watch this video to get a glimpse of what their summit looked like!