These Photos of Kuang Si Falls in Laos Will Take Your Breath Away!

These stunning photos of the Kuang Si Falls in Laos will make you want to visit the southeast Asian country NOW!

Southeast Aisa is one of the hottest sectors on the worlds tourism map. Be it the vibrant Thailand or the religious Cambodia, the gorgeous Malaysia or the extraordinary Singapore, there is loads for people to explore in south-east Asia. One place which may not always find mentions in the most commercial tourist spots of the continent, but is absolutely alluring for that very reason  is Laos! Known for its magnificent monasteries and colonial buildings, Laos is an intriguing place which is specifically delightful to backpackers on account of its affordability. And its not just the monuments and architecture that draws tourists here. The country has its share of places known for their natural beauty. Take the Kuang Si Falls, for instance. This majestic waterfall also known as Kuang Xi or Tat Kuang Si Waterfall, is a three levelled waterfall located about 29 kilometres from Luang Prabang. (ALSO SEE Jaw-dropping pictures of 10 offbeat countries that will leave you awestruck!) Here are some stunning photos of the Kuang Si Falls that will tempt you to add Laos to your bucket list. Also Read - 5 Asian Countries You Can Head to This New Year 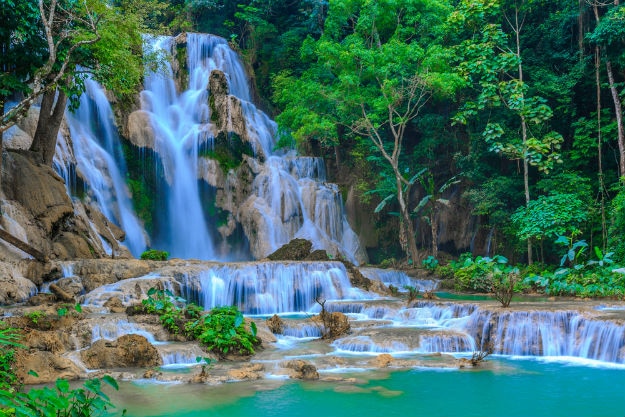 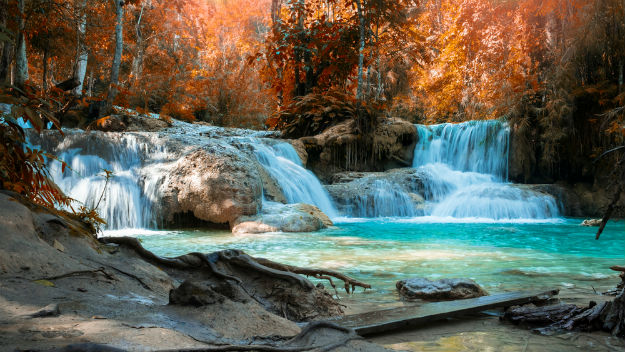 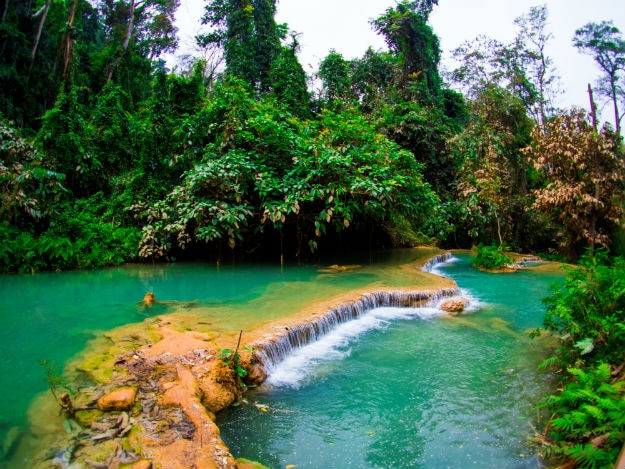 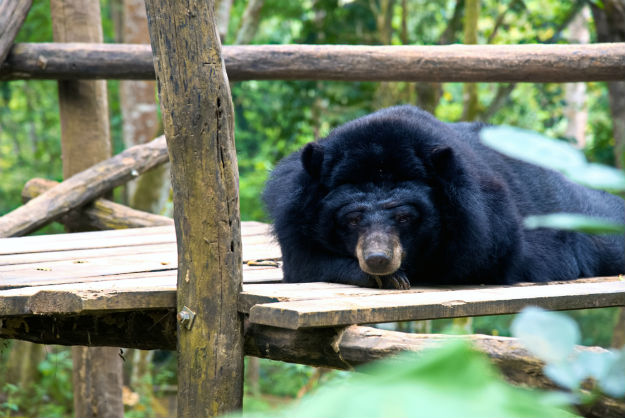 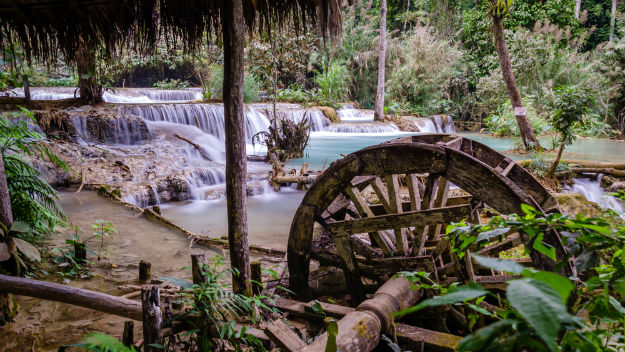 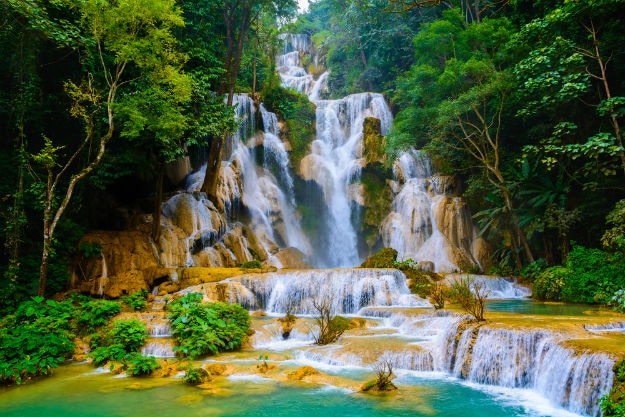 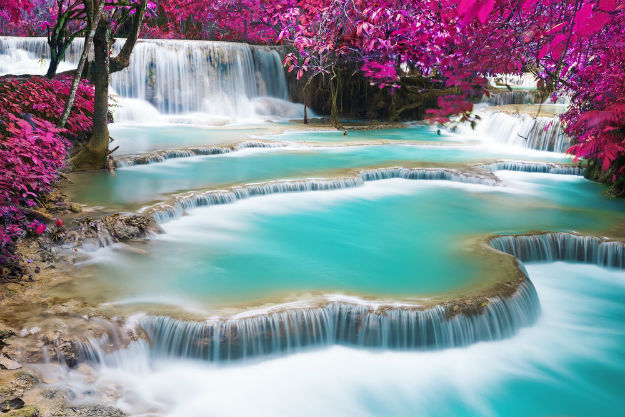 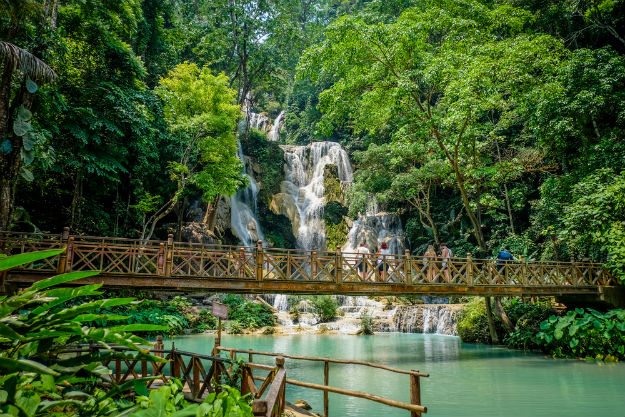 Have you ever seen such a beautiful waterfall in a rain forest? 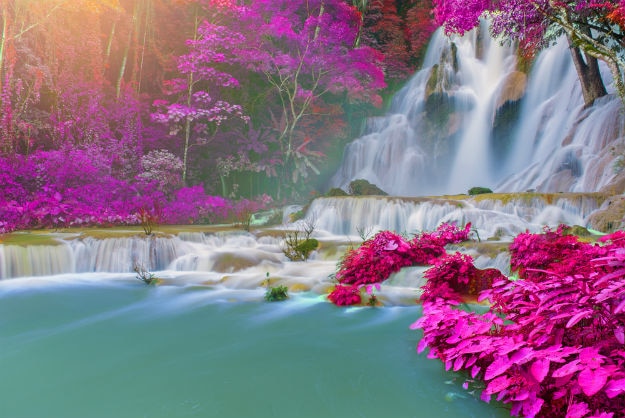 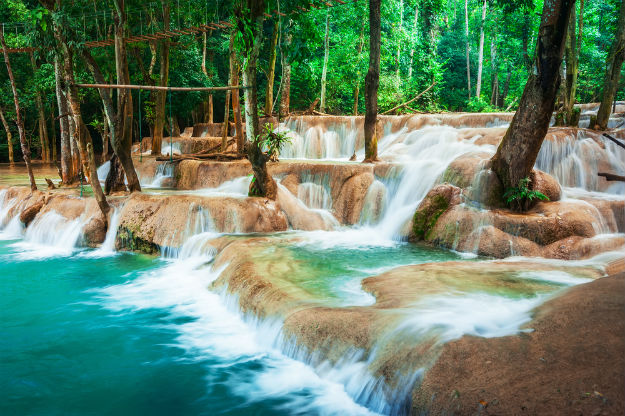 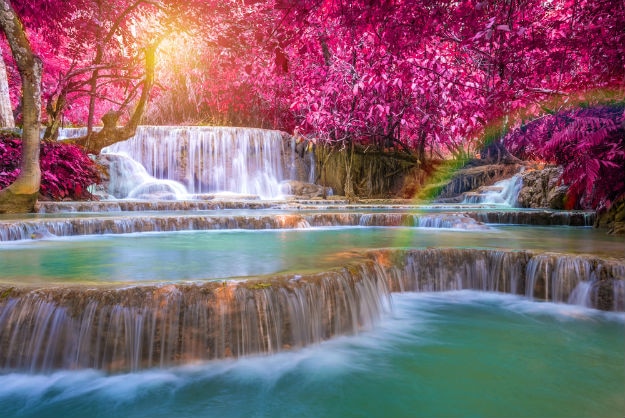 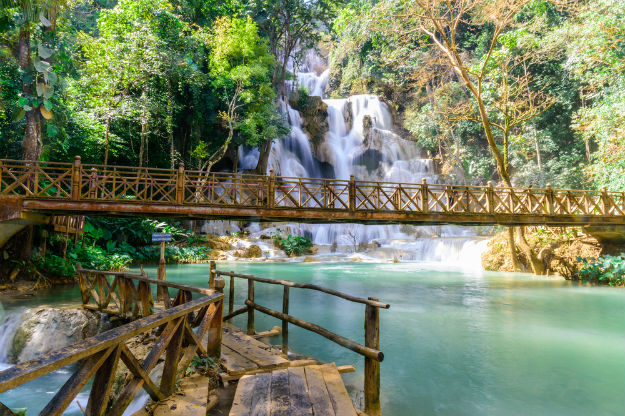 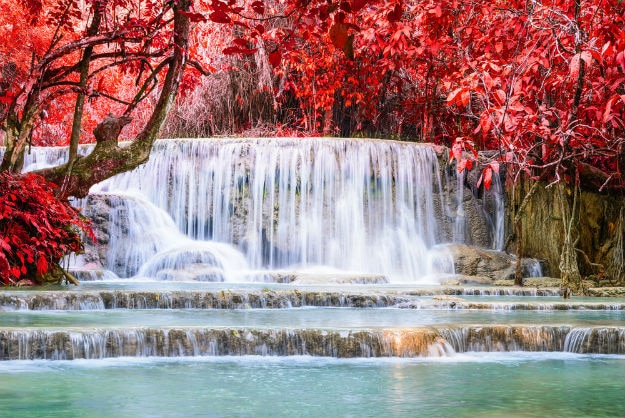 Kuang Si Waterfall is often considered the most beautiful waterfalls

Gorgeous, isnt it? So when are you visiting Laos to check out the amazing Kuang Si Waterfall for yourself?