These two cyclists are pedaling from Kanyakumari to Kashmir on unique bamboo bicycles!

Covering over 4,400 km, Sumeet Paringe and Prisiliya Madan are cycling to promote the cause of educating the girl child. 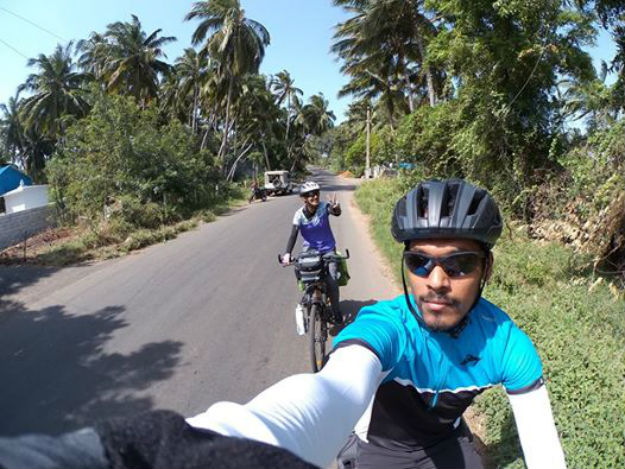 Remember Sumeet Paringe, the cyclist who rode from Panvel to Khardung La in September 2014? After conquering the highest motorable road in the world, Sumeet is now on a far more ambitious and remarkable journey and this time, he has company. Along with 22-year old Prisilya Madan who cycled 1800 km from Panvel to Kanyakumari earlier this year, Sumeet has now begun a bicycle trip from Kanyakumari and plans to go right up to Khardung La in Jammu and Kashmir. The trip that started on July 14 is scheduled to end in Kashmir around mid-September. However, this is not just an adventure or pleasure ride. The whole initiative here is for these two amazing cyclists to promote a noble cause — education for the girl child. Also Read - Facebook, Twitter Executives Summoned By Parliamentary Panel Over 'Social Media Misuse'

The cycles Sumeet and Prisila are riding are not ordinary ones either. These bamboo-framed bicycles have been designed by the Godrej group and helps them ride close to 100 km a day. IIMPACT, a NGO that helps educate girls in rural India, is also associated with this cause. Using the crowdfunding platform fuelmydreams.com, the cyclists have raised Rs 10 lakh of the overall goal of Rs 50 lakh for this project. Sumeet is an engineer and Prisilya has completed her Masters in Computer Science. They both understand the problems faced by girls in socially and economically backward sections of society. Issues like lack of schools and gender discrimination create hindrances for educating the girl child. It is this evil they want to fight against by promoting the importance of educating the girl child. As Sumeet says, “When you educate a girl, you educate a family.” 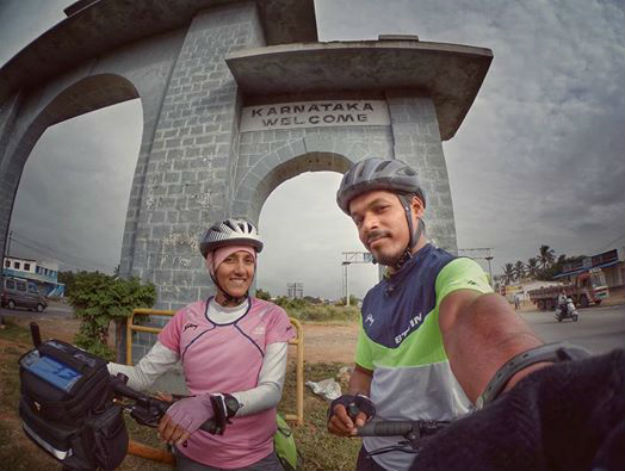 CHECK OUT 10 cheapest destinations for backpacking in India

The 4,400 km ride will cover 11 states, including Maharashtra, Madhya Pradesh, Uttar Pradesh, New Delhi, Haryana, Chandigarh, Himachal Pradesh and Jammu & Kashmir. As of now, the two have completed the Tamil Nadu leg of their ride encountering high temperatures and stormy winds. They look strong and motivated to complete this rigorous journey for a wonderful cause. Our best wishes ride with them.