Chloe Dayneswood from Littlehampton, England is taking the five-day, 67 km Dalai Lama India Trek for a noble cause to raise funds for the hospice that took care of her husband in his last days. 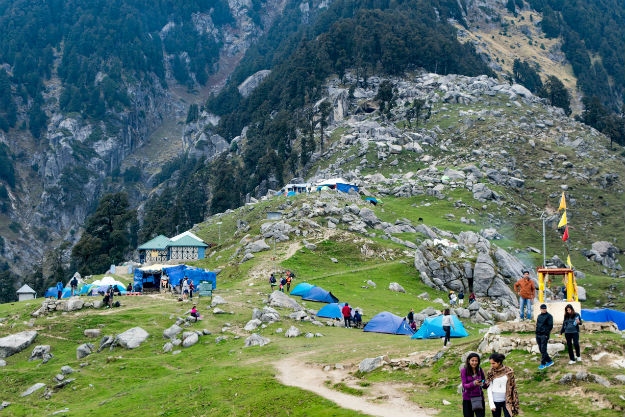 Why do we trek? Is it to conquer fears, to achieve a personal goal, to feel the mountain air, or for no reason at all? Everyone has a different answer, and 33-year-old Chloe Dayneswood from Littlehampton, England has hers too. She’s doing it to support the people that supported her husband and the love of her life in his final days. Chloe recently lost her husband, Ben Millard, who she married in 2013. Before his death, the two decided to set up a donation page on JustGiving to give back to St Barnabas House, the hospice center that was taking care of Millard. And now Chloe is preparing to take the long, arduous 67 km Dalai Lama India Trek for the cause. ALSO READ: Heres why you must visit Dharamsala in November! Also Read - Coronavirus Outbreak: Spectators Unfazed as They Pour in For 1st ODI Between India and South Africa in Dharamsala

Ben was diagnosed with stage four cancer in 2016 and was referred to St Barnabas House for hospice care. He was soon admitted to in-patient care, where he was expected to stay for the weekend. Unfortunately, doctors found that the cancer had spread farther than they thought. It was devastating for everyone, especially the young couple. He passed away around a month before his 40th birthday, a fighter until the end. Also Read - Popular Trekking Trails Near Pune

Ben was always the camper, according to Chloe, while she considered herself a ‘hotel kind of girl’. He encouraged Chloe to go out and trek, and so it seems fitting that she would choose to go so out of her comfort zone to take the Dalai Lama trek. And it was also Ben’s wish to give something back to the hospice that took care of him. The JustGiving already has more than GBP 5,000, and Chloe has taken on the mission to donate more. Trekkers will be invited to hang their prayer flags at Laka Got, a shepherd camp located at the snout of Laka glacier in Himachal Pradesh. CHECK OUT: The Most famous Buddhist temples and monasteries in India Also Read - India vs South Africa: Ravi Shastri Unnecessarily TROLLED For Having Coffee With Shikhar Dhawan Ahead of T20I Opener at Dharamsala | SEE POSTS

Chloe is also looking to find purpose and something to fight for, after the battle she and her husband fought against cancer. She found out about the trek through an advertisement, and thought it was the right way to go. She jumped right on, hoping that the training, trip and fundraising will help her find focus once more. The St Barnabas Dalai Lama India trek will start on October 18 and last until October 28, 2018. A total of 50 people will be on the journey.

Chloe’s path to normalcy will be longer and tougher than any trek, but the St Barnabas Dalai Lama India trek will be a huge test for her. Starting from Dharamsala, the home of Tibetan exiles amidst the towering Himalayas, the trek will take her through the semi-nomadic kingdom of Gaddi that roam the high passes. Along the way, she will pass through Buddhist monasteries, Hindu settlements, rhododendron forests and high passes through the Daula Dhar mountains. NOW READ: What to do in Dharamsala: Your complete 5-day Dharamsala and McLeod Ganj itinerary

She has already given GBP 13,934.90 to the hospice through a fundraising event held in memory of Ben and other relatives that the hospice cared for: Annie, Will and Gaby Blake. As for the trek, Chloe has raised GBP 1,084 so far. You can make donations here and read more about the trek here.