Remember Aamir Khan’s character Phunsukh Wangdu from the movie 3 Idiots? Not many people know that his character was based on a real-life engineer from Leh named Sonam Wangchuk. Recently, Wangchuk won the prestigious Rolex Award for Enterprise 2016 on account of his innovation and dedicated work to solve the problem of lack of water in the Ladakh region. Mr Wangchuk’s brilliant idea and implementations has been working well to solve a major issue for the local people of Ladakh. Also Read - After Lockdown is Over, Automated Sector to Resume Operations First | 5-Point Strategy 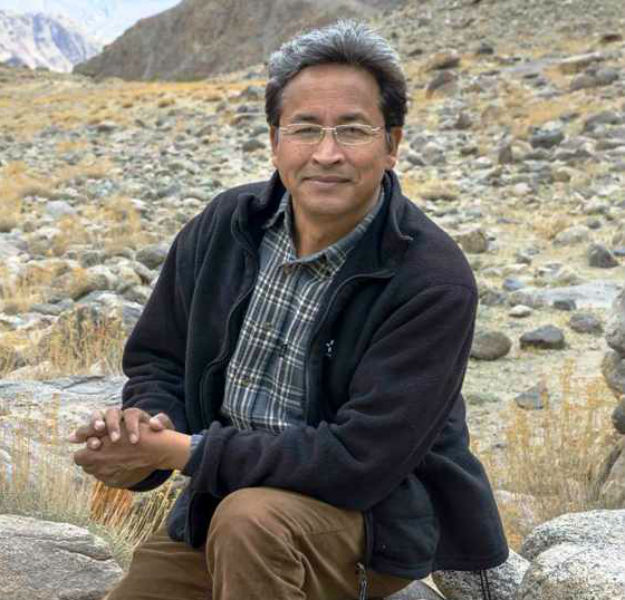 Also Read - Is There Really a Link Between Obesity And Depression?

The high-altitude region of Ladakh (roughly 3,500-metres) between the Kunlun and Great Himalayan mountain ranges faces acute water shortage during the period of April-May. This also happens to be the early crop-growing period making it a huge problem for local farmers. Wangchuk’s idea involved freezing of the huge seasonal outflow of glacial water in high-altitude towns and villages which can then be slowly released for the growing season. Consolidating on this idea and inspired by the experimental work of a fellow Ladakhi engineer, Chewang Norphel, Wangchuk started creating conical ice mounds called ‘ice stupas’ with a team of his students from SECMOL Alternative School (set up by himself). The average stupa is 35 meters to 40 meters high and can store upto 16,000 cubic litres of water. This amount of water can irrigate around 10 hectares of land. (ALSO SEE 20 photos of Ladakh that are out of this world!)

It started with Wangchuk and his team building a two-storey ice stupa within two months that could store around 1,50,000 litres of water. They put this prototype to test at the warmest possible location and lowest possible. Wangchuk observed that for the spring sun and winds to melt the ice, they needed large surface areas. Hence, he came up with the brilliant idea of constructing ice cones with vertical structures pointing towards the sun. This would mean that a very small surface area of ice will be exposed to the sun and it will melt slower. Also, the less surface area would mean that the ice could be stored in the village itself eliminating the need for villagers to climb the mountains. 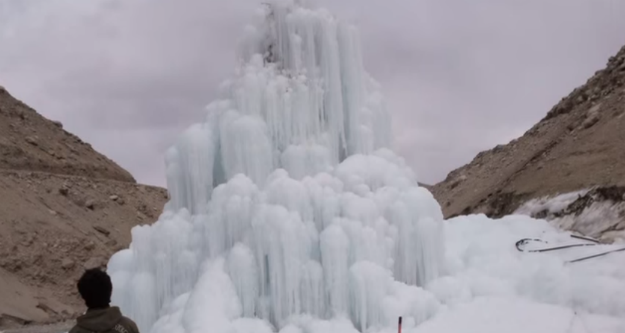 It is this innovative thinking and dynamic implementation that has led to Sonam Wangchuk winning the Rolex Award. Wangchuk says that these funds will support the project and promote ice stupas as a climate-change adaptation and desert-greening technique. He intends to build up to 20 such ice stupas, which will each be 30 metres high. Together, these stupas will be capable of supplying millions of liters of water. Wangchuk’s long-term aim is to build an alternative university and engage local youth in the environment. Wangchuk is also currently working on establishing such a university on the 65-hectare land donated by the village. He wishes to engage youth from Ladakh, the Himalayas and other mountain regions of the world and encourage them to find their own solutions to the challenges facing their lands.

In this video, Sonam Wangchuk explains the concept of artificial glaciers and how it can solve Ladakh’s water problem: