This is Neerja Bhanot and here is why her story matters!

Neerja, starring Sonam Kapoor, is set to release this Friday, almost three decades after Neerja Bhanot of Pan Am Flight 73 laid down her life to save the lives of 359 people. This is her story. 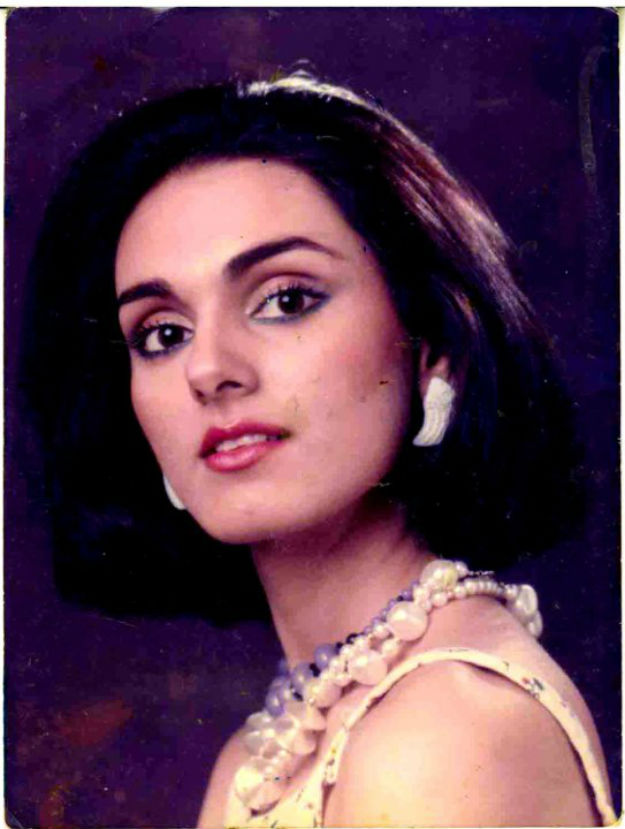 On September 5, 1986, Pan Am flight 73 took off from (what was then called) Sahar International airport in Mumbai. The New York-bound flight that was to fly via Karachi and Frankfurt had 360 passengers and 19 crew members on board. Neerja Bhanot was a senior purser on this ill-fated flight. Also Read - GRD vs BGR Dream11 Team Prediction, Vincy Premier League T10 2020: Captain And Vice-Captain, Fantasy Cricket Tips Grenadines Divers vs Botanical Garden Rangers 3rd Place-off at Arnos Vale Sporting Complex at 7.30 PM IST

After a relatively uneventful journey, the flight landed at the Jinnah International Airport in Karachi where it was hijacked by four armed Palestinian men of ANO or the Abu Nidal Organization. Dressed as airport security guards, the four men stormed into the flight and assumed control of the aircraft. It was in this state of utter chaos and terror that the 23-year-old (she was barely 25 hours away from her 24th birthday) held forth and saved several lives. Also Read - Kunal Kamra Reacts to 1.7 Million Dislikes on YouTube Video 'Aaja Beta Carry Teko Roast Sikhaye', Says 'Carry Fans Can Join BJP IT Cell'

As Neerja, a film based on the horrific series of incidents that led and followed the hijacking of Pan Am Flight 73, is set to hit the screens this Friday, it only seems apt that we look back at this oft-forgotten incident in India’s history. Sonam Kapoor plays Neerja Bhanot and this is the story of the gutsy air-hostess who found courage in the face of fear:

Pan America world airways, better known as Pan Am, the now defunct airline, was America’s largest airline with connections all across the globe. Chandigarh-born Neerja Bhanot was a senior purser serving with Pan Am and a part-time model who appeared in more than a handful of commercial photo shoots. The picture below is from one such shoot: 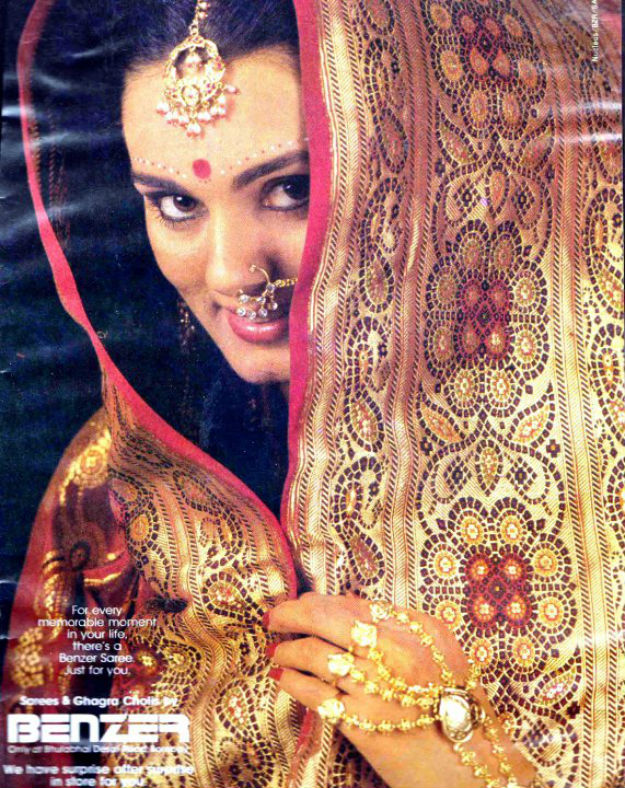 When she boarded Flight 73, little did Neerja know what was in store for her. The aircraft landed safely at Karachi’s Jinnah International Airport but before it could take off, four armed men stormed into the cabin and took charge of Pan Am Flight 73. This was 1986 and the Israel-Palestine conflict was still raging — it was just a little over a decade after the 1972 Munich massacres — and Neerja Bhanot found herself in the middle of a war that was not hers and on soil of a country that was not hers and in an airline of a western country that her countrymen only hoped to visit.

The terrorists who took over the aircraft belonged to ANO or Abu Nidal Organization that was a splinter group of Nobel Peace Prize winner Yasser Arafat’s Fatah faction of the PLO or the Palestine Liberation Organization. While the influence of ANO, named after its founder, has since waned considerably, the organization has been responsible for carrying out attacks in over 20 countries. By some estimates the hijackers, who belonged to ANO, wanted to fly the aircraft into a building in Israel. Using an aircraft belonging to an Israel ally (America) seemed like the perfect cherry on the cake for the Palestinian terrorists.

Except that things didn’t exactly go according to plan… all thanks to Neerja Bhanot.

Soon after terrorists took over the aircraft, Neerja alerted the cockpit crew and the pilot, co-pilot and the flight engineer escaped using an overhead hatch. Mind you, this is standard procedure and the crew was merely following emergency protocols. No pilots meant that the aircraft couldn’t fly (unless, of course, someone among the terrorists knew how to do it). But none of this could have been possible if Neerja hadn’t had the presence of mind to raise an alarm.

This left the almost 23-year-old Neerja Bhanot, the most senior member of the cabin crew in charge of Pan Am Flight 73. There was no way anyone could have imagined the horror unfolding inside the cabin. Because this is what it looked like from the outside — a plane peacefully waiting on the tarmac for further instructions from the ATC. 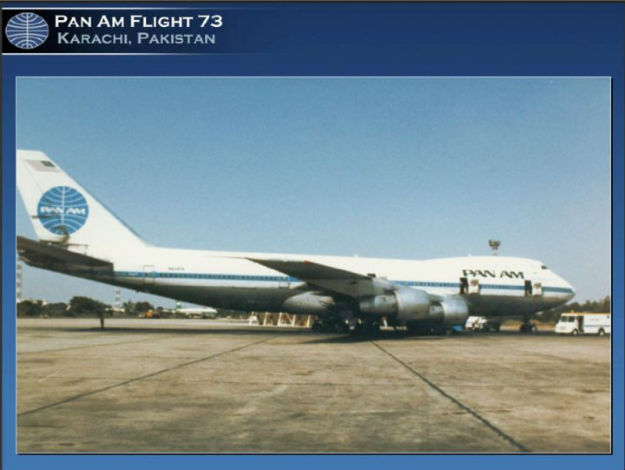 Of course, as we now know, the story inside was far, far more horrifying than anyone of us can ever imagine. And it all came down to one young lady who was just a few hours away from her 24th birthday. So what did Neerja Bhanot do?

With the cockpit crew gone, the hijackers realized that they would need the rest of the cabin crew to function. One of the first things they ordered Bhanot and the crew to do was to collect the passports of all the passengers on board. Bhanot, along with her other crew members, hid the passports of 41 American citizens under a seat and in a rubbish chute. This was crucial because it prevented the hijackers from identifying American citizens and using them as bait.

ALSO SEE This audio clip of Neerja Bhanots last flight announcement will give you goosebumps!

In the 17 long hours that followed, Neerja Bhanot helped keep up the morale of the passengers and pacify the terrorists even as she remained unaware of how long it would take for governments to come to their rescue. Meanwhile, Pakistan Army’s Special Services Group had already gathered around the aircraft and were waiting for a sign, any sign so they could storm in. But with close to 400 passengers inside the aircraft, they knew the wait would be a long one.

After what seemed like eternity, the hijackers lost their patience and they opened fire and set off explosives. This is when the crew, headed by Neerja Bhanot, helped most of the passengers escape through the emergency door. Even as Neerja continued to help passengers, the terrorists noticed her, caught her by her pony tail, and shot her point blank. This was the sign that the Special Services Group was waiting for. The commandos stormed into the aircraft and capturing the hijackers. 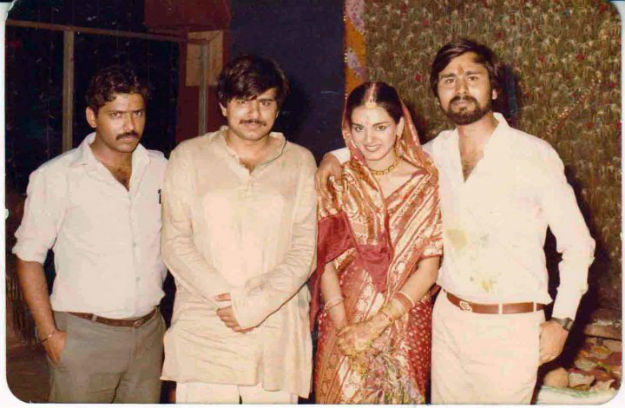 Neerja could easily have been the first one to escape but she chose to stay back. In the process, she saved 359 lives that day including 39 Americans and the three children.

In an interesting turn of events, one of the three who was all of seven years at the time of the incident, grew up to become a pilot with a major airline. He says he owes every day of his life to the braveheart who inspired him all along. 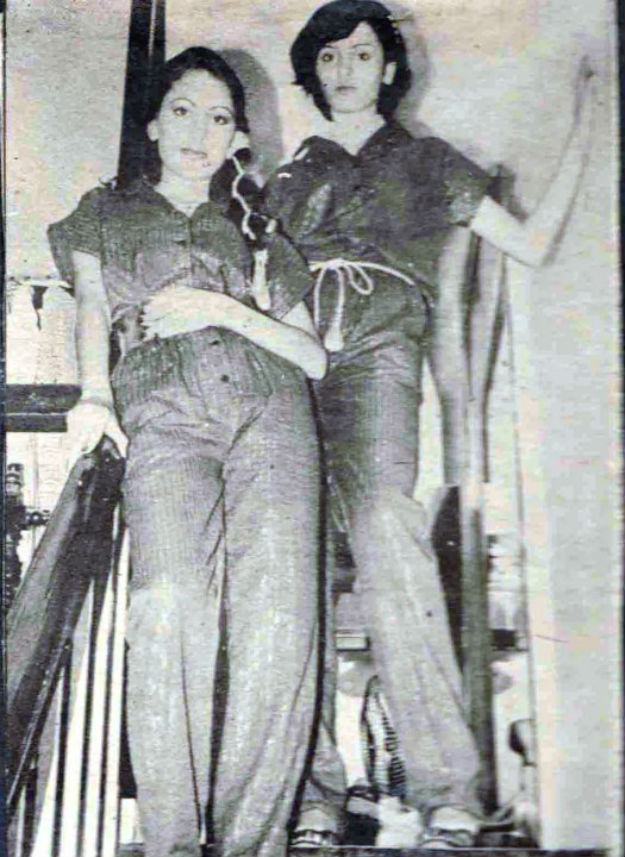 Neerja Bhanot was posthumously awarded the Ashoka Chakra, India’s highest peacetime bravery honor, in 1987. Neerja was just 25 hours away from her 24th birthday when she was killed and she remains the youngest person to have received the Ashoka Chakra. The Indian Postal Services released a stamp commemorating her in 2004. In 2005, she was posthumously awarded the ‘Justice for Crimes Award’  at Washington DC. Her parents set up a trust called the Neerja Bhanot Pan Am trust which presents two annual awards — one for a flight crew member who serves beyond the call of duty and another for women who stand against social injustice.

In the history of airline travel, the bravery of Neerja Bhanot, senior purser of Pan Am Flight 73 is stuff of legends. And for good reason.

Neerja, starring Sonam Kapoor, is set to release on February 19, 2016 almost three decades after Neerja Bhanot laid her life so others could live theirs.